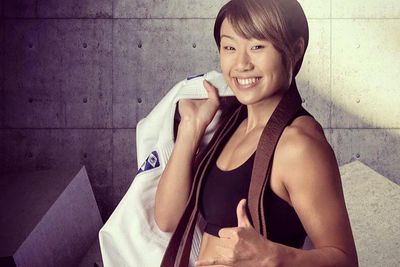 2015 was another exciting year for Asian mixed martial arts (MMA).

China emerged as one of the most buoyant scenes in the region, Rizin re-ignited interest in Japan, and ONE Championship continued to expand into new territories while smaller promotions like Full Metal Dojo, Malaysian Invasion, and Kunlun Fight are putting on cards with increasing regularity.

Ultimate Fighting Championship (UFC) seems to have put China and Singapore on the backburner, but did head to Manila and South Korea for the first time. The newly formed WSOF Global held its inaugural event in China earlier this year and over the last 12 months, there have been more fights in more countries across Asia than ever before.

Submission of the year

Angela Lee’s twister against Natalie Gonzalez Hills at ONE: “Pride of Lions” (Video)

Lee was fighting in her adopted hometown for the first time and delighted the fans with this unorthodox finish. She did not have things all her own way in the opening exchanges as Gonzalez landed a couple of hard knees and then dragged her to the down. However the teenager was in her element and instantly reversed the position, moved from mount into half guard, got to her feet and then threw a few punches before moving right back into a high mount.

Gonzalez Hills gave up her back in an attempt to escape but this merely provided the opening for the Brazilian Jiu-Jitsu (BJJ) brown belt to set up the twister. Everyone was expecting Lee to work for a rear naked choke but instead she sank in the twister, sparking wild celebrations among the Singaporean crowd.

Knockout of the year

This wasn’t a vintage year for knockouts ….View full article