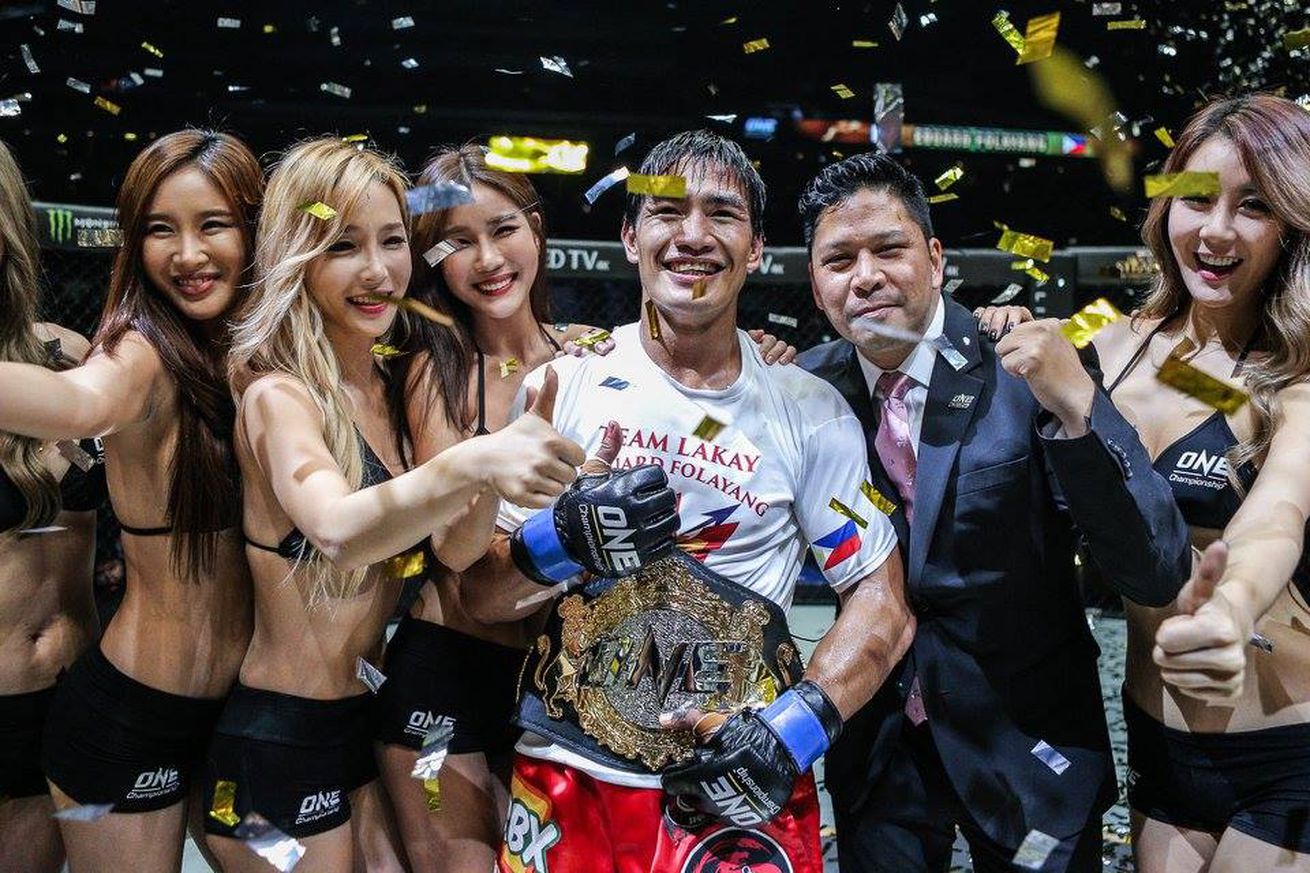 Ultimate Fighting Championship (UFC) might not have held any events in Asia this year, but the scene remains buoyant. ONE Championship continues to dominate Asian mixed martial arts (MMA) while smaller promotions like Road FC, Kunlun Fight, and Rizin FF also continue to thrive.

The year concluded with Mirko Filipovic claiming the Rizin FF Open Weight Grand Prix in front of a packed Saitama Super Arena (more on that here). It’s been an action packed 12 months and these were some of the defining moments and major achievements.

Fight of the Year

It’s rare for a fight with such historic implications to deliver in terms of entertainment and excitement but the bout between Angela Lee and Mei Yamaguchi, which had the inaugural ONE Championship women’s atomweight title on the line, did just that.

The third round delivered a back and forth battle for the ages and began with Yamaguchi knocking Lee down. The fans at the Singapore Indoor Stadium held their breath but the local hero survived the storm and came back strongly with several submission attempts en route to claiming a decision win and the belt.

Fighter of the Year

Eduard Folayang fought on the inaugural ONE Championship show in 2011 and before that was already a URCC champion and the most popular mixed martial artist in the Philippines. Up until this year his career had been a curious mixture of highs and lows with the momentum of some big wins seemingly always interrupted by devastating losses.

He got 2016 off to a good start by beating Tetsuya Yamada by decision in January. In August he shocked everyone by outpointing Adrian Pang to secure title shot with dominant champion Shinya Aoki. Nobody gave Folayang a chance but the Filipino finished the lightweight king early in the third round to capture the belt and put the seal on an incredible year.

Female Fighter of the Year

After four fights in 2015 Angela Lee only appeared in the cage twice this year but still managed to make history by capturing the ONE Championship women’s atomweight belt. In February she finished Rebecca Heintzman with a neck crank to maintain her 100-percent record of finishing fights by submission.

That earned her a shot at the belt in May and a headline spot at the Singapore Indoor Stadium, the first time a female fight had ever been the promotion’s main event. Lee beating JMMA vet and reigning Deep 105-pound champion Mei Yamaguchi to earn the belt and a bumper new pay day while establishing herself as a bonafide Asian MMA star.

Gym of the Year

Team Lakay put together a 14 fight winning streak that was as unprecedented as it was unexpected. Cris Pitpitunge was beaten by Kai Kara-France at PXC 51 in March but the Baguio based camp would not taste defeat again until October in a run that included several surprise victories.

During the 14 fight winning streak April Osenio beat Ann Osman, Honorio Banario beat Eddie Ng, Eduard Folayang beat Adrian Pang, Geje Eustaquio beat Gianni Subba and Edward Kelly beat Jordan Lucas and every single one of these results could be considered an upset. Although the streak ended with Joshua Pacio’s unsuccessful shot at the ONE Championship strawweight title there was still time for Folayang to capture the organization’s lightweight belt to crown a glorious 12 months for Mark Sangiao’s men and women.

Submission of the Year

No one at the Mall of Asia Arena realized immediately what had happened when Jenny Huang submitted April Osenio at ONE: “Age of Domination.” It wasn’t until the replay was broadcast on the big screen that they became aware the Taiwanese atomweight had just pulled off the first gogoplata in the promotion’s history.

It’s a submission seen so rarely that casual fans probably aren’t familiar with it and Osenio didn’t seem to have any idea what was happening until it was too late. The Filipino was in Huang’s open guard, and probably too concerned with defending an armbar or triangle attempt to realize she was about to make some unwanted history by being submitted with a gogoplata.

Knockout of the Year

Leandro Ataides’ career in Asian MMA had been a curious mixture of ups and downs but he has three highlight reel KOs to his name and the last one was without doubt the most spectacular. The Brazilian was being very patient against Mohamed Ali, an opponent he appeared to have far too much for.

But when the clacker sounded to signal there were 10 seconds remaining in the second round Ataides launched himself into a flying knee. The Egyptian was backed up against the cage and never saw it coming, the strike connected clean with his chin and he dropped like a stone.

Show of the Year

ONE: “Kingdom of Warriors” was the first major MMA event to ever take place in Bangkok and the Thai fans packed the Impact Arena for a show which also featured performances by two of Thailand’s big bands. Bodyslam are capable of filling outdoor stadiums on their own and their presence helped to create an extravaganza of music and fighting.

Six of the nine fights on the card finished with either a first round TKO or submission and Timofey Nastyukhin’s six second demolition of Rob Lisita was a contender for “KO of the Year.” With two titles on the line and undefeated champions Marat Gafurov and Yoshitaka Naito on the card this event was a major milestone for Thai MMA.

Promotion of the Year

ONE Championship is a juggernaut that just keeps on rolling. 2016 saw the promotion put on 14 events in nine different cities across Asia with its international footprint expanding to take in new destinations like Macau and Bangkok.

The triumphant homecoming of Aung La Nsang in Yangon and Angela Lee’s title win in Singapore were standout moments in a year which also saw the organization attract multimillion dollar investments. ONE Championship also opened offices in both Beijing and Shanghai as well as winning in the “Live Sports” category at the Asian TV Awards.

Moment of the Year

The sight of Mirko Cro Cop defeating two opponents to win the Rizin FF open weight tournament in front of a full house at the Saitama Super Arena in Tokyo will live long in the memory. The 42-year-old striker had to do it the hard way beating three opponents in the space of a few days.

The two NYE wins came at the expense of heavyweights who were both undefeated, significantly heavier and much younger than the Croat. No wonder he had a tear in his eye at the end and for this moment alone Rizin ‘s NYE card earned a place in the annals of Asian MMA history.