Home MMA News A.J. McKee admits he was partying before Bellator 160, but chalks it up to learning experience
ShareTweet 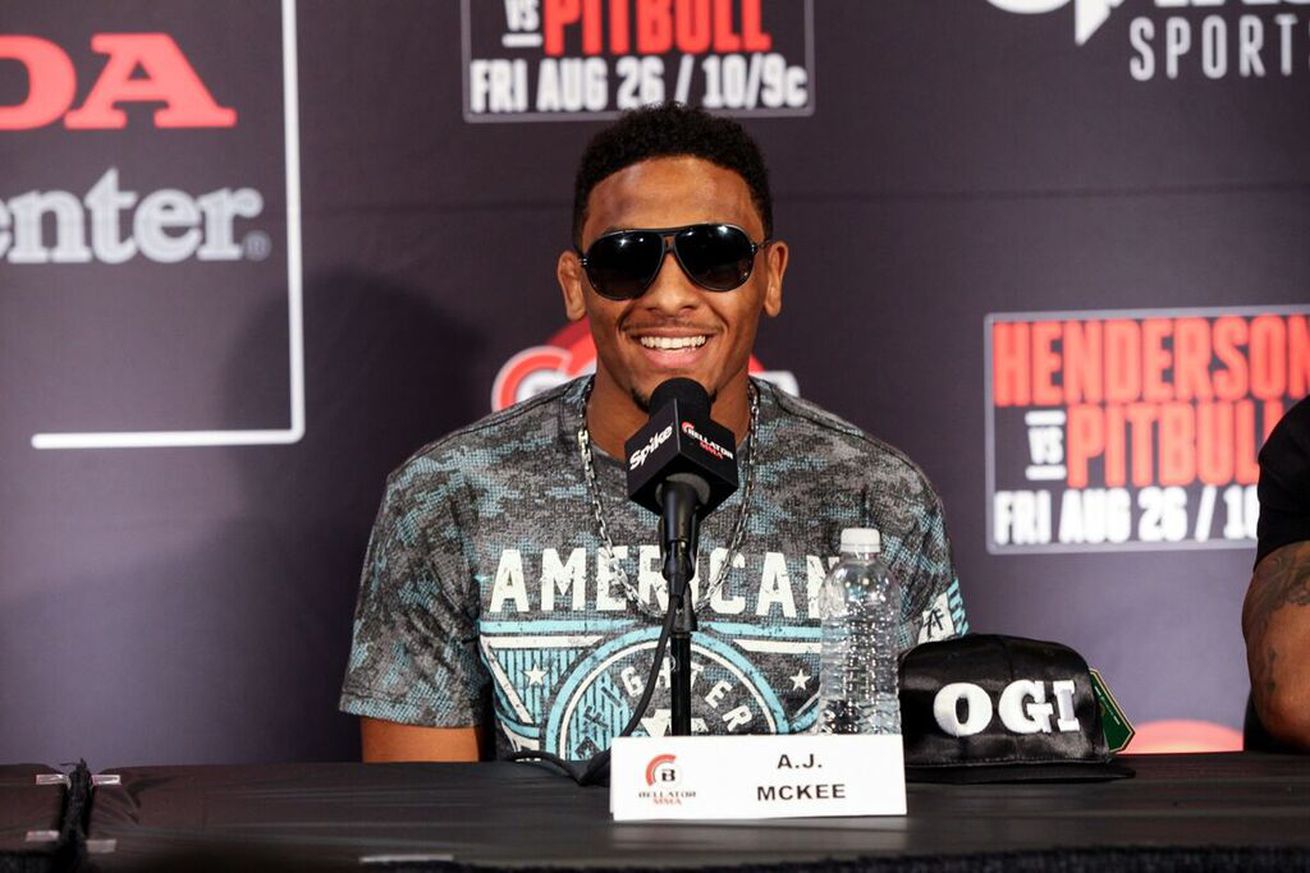 Perhaps it wasn’t the first-round finish he’s used to, but prospect A.J. McKee made the most of his Bellator 160 platform on Aug. 26 by taking out Cody Walker. This time he had to do it in the second round, via a guillotine choke. And part of the reason it took him a bit to get started was McKee had trained specifically for the smaller Henry Corrales, who ended up being replaced by Walker on short notice.

It was that and, well, the 21-year old McKA.J.ee was out late the night before his fight. Was he really partying in Hollywood, as he said in his post-fight interview?

“Kind of, yeah,” McKee said on Monday’s edition of The MMA Hour. “I went to the club. We had Wiz Khalifa there, so…I went to see Wiz Khalifa. You can’t pass up Wiz Khalifa.”

McKee, who lives and trains in Long Beach, California with his father Antonio McKee’s BodyShop Fitness Team, works at the club in question. He said he didn’t get to sleep the night before his encounter with Walker at the Honda Center in Anaheim until around “one or two” o’clock in the morning.

That might have accounted for some of his sluggishness in a fighter he won fairly handily anyway. Now 5-0 as a professional fighter, with all of his fights falling under the Bellator banner, McKee said it was part of his learning experience.

“Definitely [it was a mistake], I think just being young you just kind of look past things and you want to just enjoy life a little,” he said. “I don’t know, I felt weird, where I want to be, where I want to go…there’s little things I’ve got to leave alone. Being young is probably one of them. That’s a sacrifice I’ve got ….View full article