Home MMA News A year-and-a-half later, Nick Diaz is free — and his name has only appreciated
ShareTweet 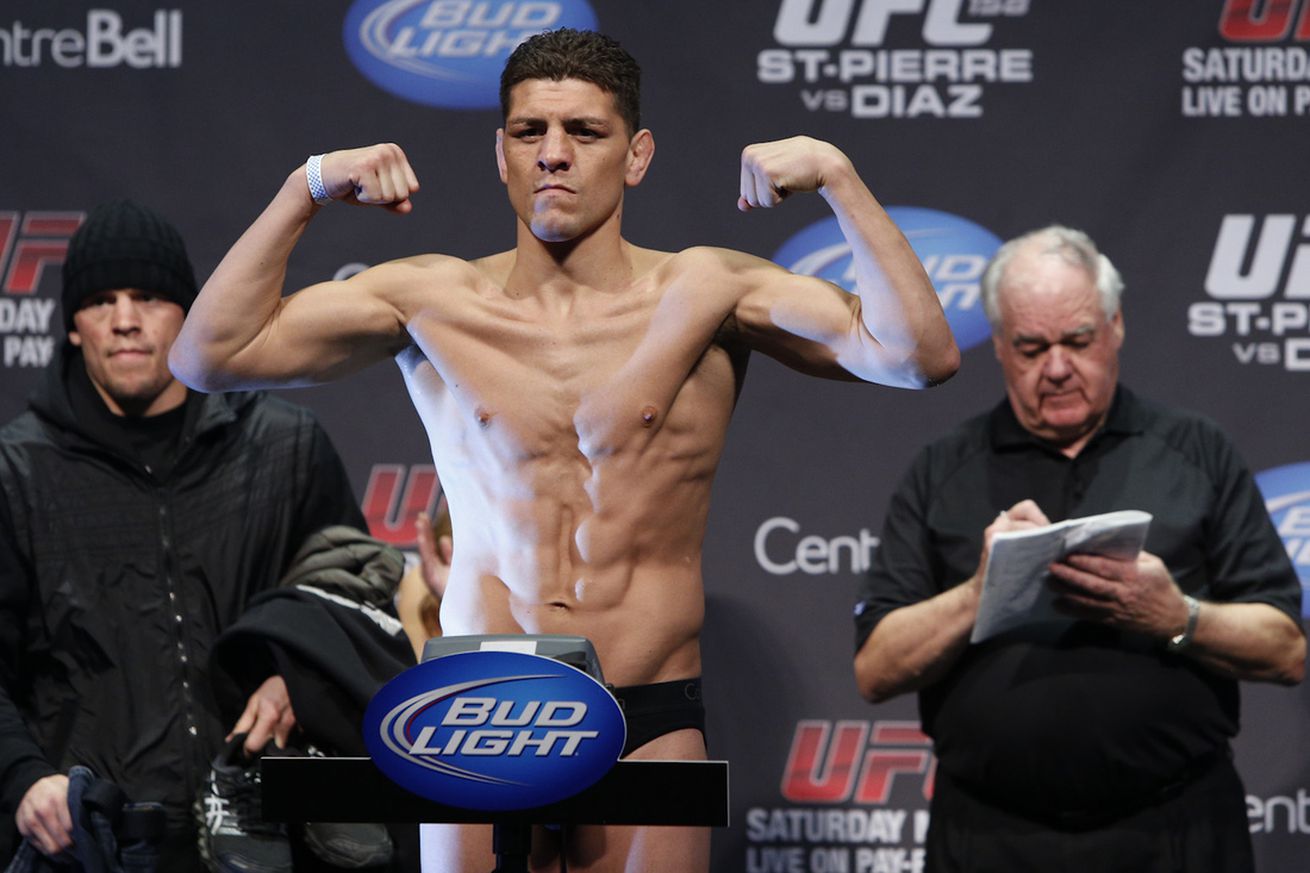 Believe it or not, it was a 10 months ago that Nick Diaz, armed only with his amendment rights in the face of a bureaucratic hydra, was handed down a five-year suspension by the Nevada Athletic Commission for a positive marijuana test. That set up the #FreeNickDiaz campaign, and a petition to the White House, and ultimately a reduced sentence to a year-and-a-half, which expires today, Aug. 1, 2016 — retroactive to the last time he fought on Jan. 31, 2015.

Diaz is free. He’s ready to return a day ahead of his 33rd birthday.

Yet what a different fight world he comes back to from the one he left. For starters, the UFC is in different hands. The Fertittas are out, the William Morris people are in. Reebok is all that the people wear these days, and USADA is knocking at people’s door at 7am without calling ahead first. That’s the new clime.

The bigger change is more personal, though — Nick no longer the most famous Diaz, something that wasn’t the deal back then. Nate Diaz has emerged as a cult classic for stepping in on short notice and beating Conor McGregor, and then for standing up for himself against the UFC in arranging for himself a better payday. They turned his beautifully written post-fight statement at UFC 196 into a song. He has murals. He slapped Dana White, playfully (and happily), and Conan O’Brien had him sit on his couch for a bit. Now Nate’s in a position to do the same thing against McGregor (again) at UFC 202 on Aug. 20.

Nick is now Nate’s brother. That’s a flipperoo. Before Nate was always Nick’s brother. How does he handle this revision? How is Nick, who made it rain with #WolfTickets ….View full article