Home MMA News Aaron Pico on 24-second loss to Zach Freeman: ‘There was obviously a hole in my game’
ShareTweet 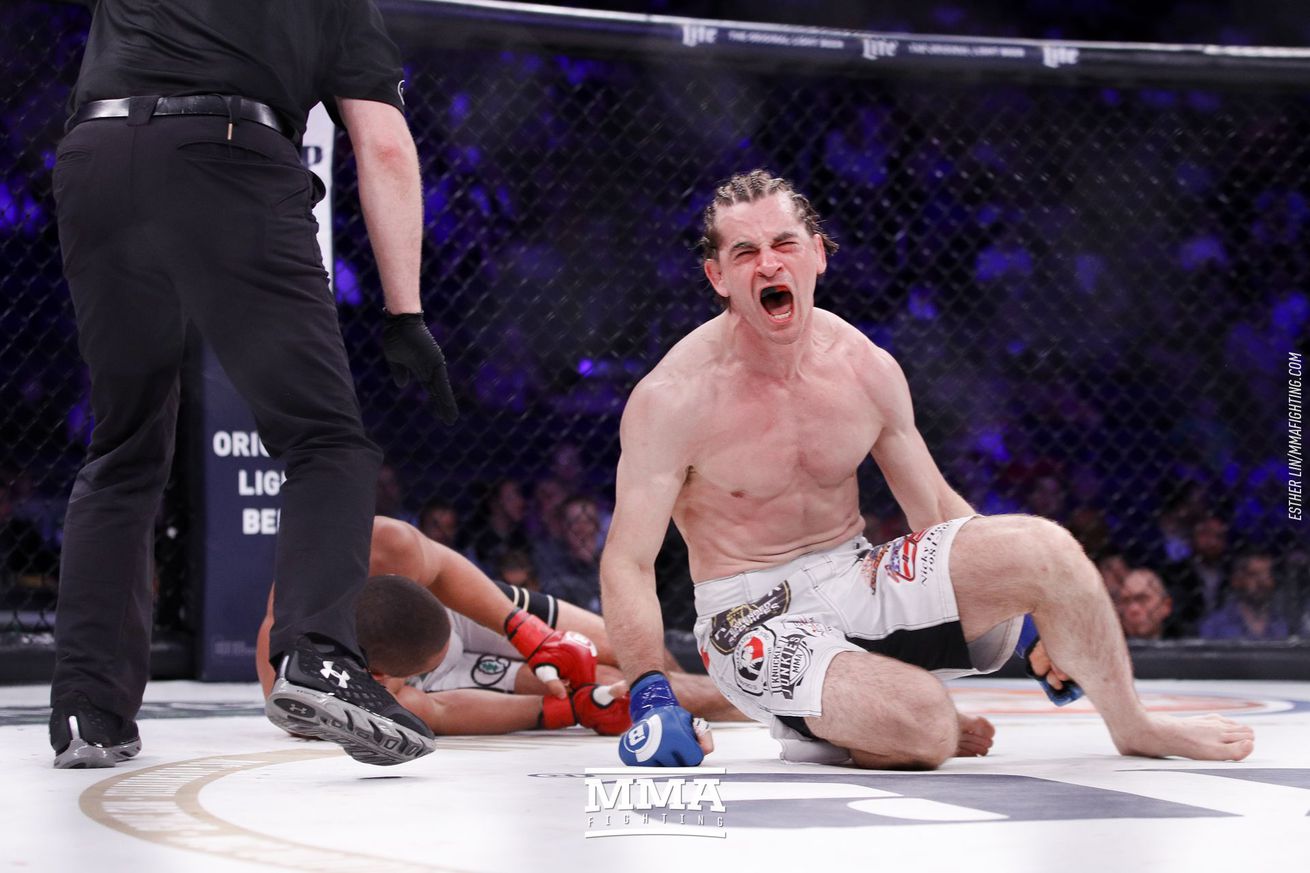 Aaron Pico didn’t have the professional MMA debut many expected him to have Saturday night.

Being a national junior Golden Gloves champion and a decorated wrestler, many thought the 20-year-old prospect would run through his opponent Zach Freeman in the lightweight contest at Bellator NYC in Madison Square Garden Arena. Instead, Pico was wobbled by an early uppercut and was submitted with a guillotine choke all within the first half-minute of the bout.

“He caught me with that uppercut, it was a nice uppercut by him,” Pico told reporters at the post-fight conference. “Obviously, taking that shot I knew that he was going to try to take me to the ground somehow, he’s strong in his jiu-jitsu. I haven’t sat down and watched the whole film, but yeah, he got me with that uppercut and his choke was good. There are things that I need to work on, but like I said, we’ll go to the drawing board with Bob [Cook] and my team and evaluate where we go next and go from here.”

Despite having a disappointing showing in front of thousands of fans, Pico remains positive and will not let this unfortunate outcome be a hindrance on his young MMA career.

“Anything can happen obviously in this sport, and I was aware of that,” Pico said. “It’s definitely a tough pill to swallow, but there was obviously a hole in my game tonight, so it is what it is. This doesn’t define me, it’s my first fight, it’s just a bump in the road and I’ll be back for sure, I’ve dealt with this before throughout my career. Everybody has lost before, so I’m not going to go home and be depressed. I know what I need to do, so I’ll take a week off and I’ll be back in the gym for sure.”

One of the talking points in the build up to Pico’s fight was Freeman’s experience advantage, as Freeman had already 10 professional fights. Yet, looking back, Pico doesn’t regret stepping up to the challenge, and vows to come back stronger.

“I felt like I could challenge myself, but hey, you make mistakes in life and it is what it is,” Pico said. “The only thing I can keep doing now is just move forward. I still feel my abilities are better, but he was the better man today. Like I said, it’s a tough pill to swallow but nothing has changed. I’m just going to keep doing what I’m doing, and get better.

“But hats off to Freeman, this fight was offered to a lot of people and a lot of people turned it down. Freeman is a tough guy, he was 8-2 and I’ve seen him fight, I knew this wasn’t going to be an easy task and that’s what a lot of people didn’t realize. I wasn’t coming in there like, ‘Oh, I’m going to wreck this guy.’ I mean, I trained hard for this fight, I did what I had to do, but he came out on top and that’s just how it is. This fight game is a crazy world, but I loved it, I enjoyed every minute of it. My training went well, I enjoyed my time here in New York City, but the sun is going to rise and I’m going to keep doing what I’m doing. I will be champ one day, I will be champ, it’s just my first fight and we’ll keep moving forward.”