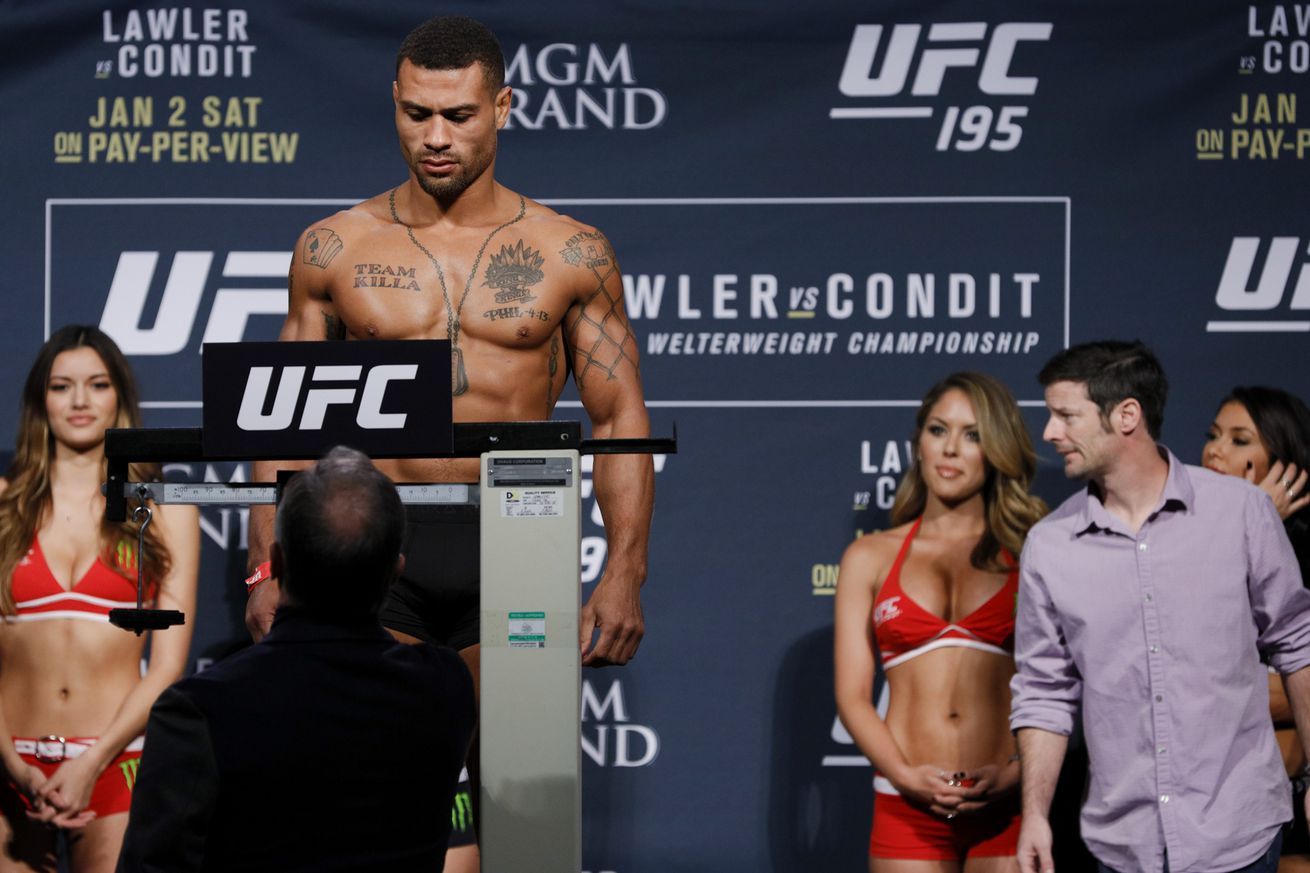 The UFC’s return to Brisbane took a hit Friday.

Both Abel Trujillo and Justin Scoggins are off the card at UFC Fight Night: Hunt vs. Mir, the UFC announced. Trujillo has visa issues and will not be able to make his fight against Ross Pearson, while Scoggins is injured and out of his bout with Ben Nguyen.

The good news is that Chad Laprise has stepped in for Trujillo and will face Pearson. The fight between Scoggins and Nguyen has been called off. The UFC is currently looking for an opponent to face Laprise’s original foe on the card, Alan Patrick.

Laprise (10-1), the Ultimate Fighter Nations winner, is coming off the first loss of his career to Francisco Trinaldo via first-round knockout in TKO last August. Before that, the Canadian had compiled three solid wins in the UFC and a couple in Bellator. Laprise, 29, trains at Tristar Gym in Montreal with the likes of Georges St-Pierre and Rory MacDonald under the tutelage of Firas Zahabi.

Pearson (18-10, 1 NC) is also, coincidentally, coming off a loss to Trinaldo, back in January by unanimous decision. The Englishman has alternated wins and losses in his career since 2013, so he’s due in this bout. Pearson, 31, will have somewhat of a home cage advantage in Brisbane. Australia is the home country of his wife and Pearson is nearly an honorary Aussie, spending a lot of time in Oz.

Trujillo (14-6, 1 NC) has won two straight, aided by a bout that was overturned into a win against Gleison Tibau, who tested positive for performance-enhancing drugs in-competition. In all, Trujillo, 32, only has losses to Tony Ferguson and Khabib Nurmagomedov going back to 2011.