Home MMA News Adriano Moraes: I dominated Brazil and Asia, and there’s a belt waiting for me in the UFC
ShareTweet 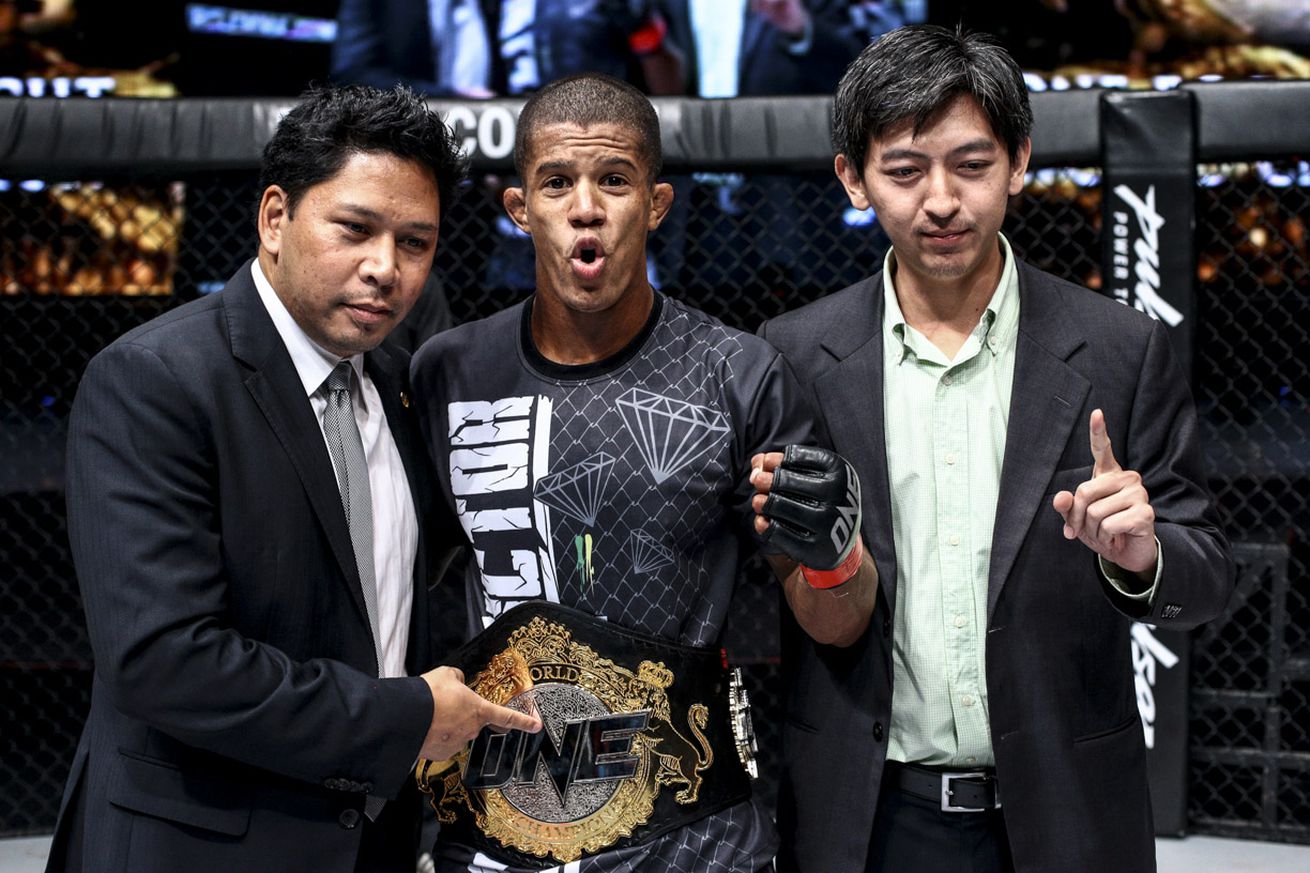 Some of the best flyweights outside the UFC are battling for a title shot at the 24th season of The Ultimate Fighter, but ONE Championship 125-pound interim titleholder Adriano Moraes was left aside.

Moraes lost his belt in a controversial decision to Kairat Akhmetov last November, and earned the interim belt earlier this month in Macau after tapping out Tilek Batyrov. The Brazilian talent, who holds a 15-2 record, sees some good talents on the UFC reality show, but is unsure if any of those names can dethrone UFC kingpin Demetrious Johnson.

Looking at the current UFC flyweight roster, Moraes believes that Kyoji Horiguchi has the best shot at beating “Mighty Mouse.” Horiguchi earned a shot at the UFC belt when he was 15-1 in MMA, and bounced back from a last-second submission loss to Johnson with back-to-back wins over Chico Camus and Neil Seery.

Aside from Horiguchi, the Brazilian fighter knows another flyweight who can give Johnson some trouble.

“I want to be in the mix in the future to test myself against them,” Moraes said. “When I fought in Brazil, I dominated Brazil being the champion at Shooto and knocking out Dileno Lopes. That was beautiful. And then I went to Asia and won the belt and dominate the division. I’m the champion again now. I believe my time (in Asia) will be over soon, and I believe it won’t be different if I go to the UFC. There’s a belt there waiting for me.”

“Demetrious Johnson’s secret is how well he does the transitions,” he continued. “He’s always one step ahead of his opponents. To beat him, you have to fight like Dominick Cruz, who has a style similar to mine in some aspects. And use the jiu-jitsu. Jiu-jitsu is what created this sport. ….View full article