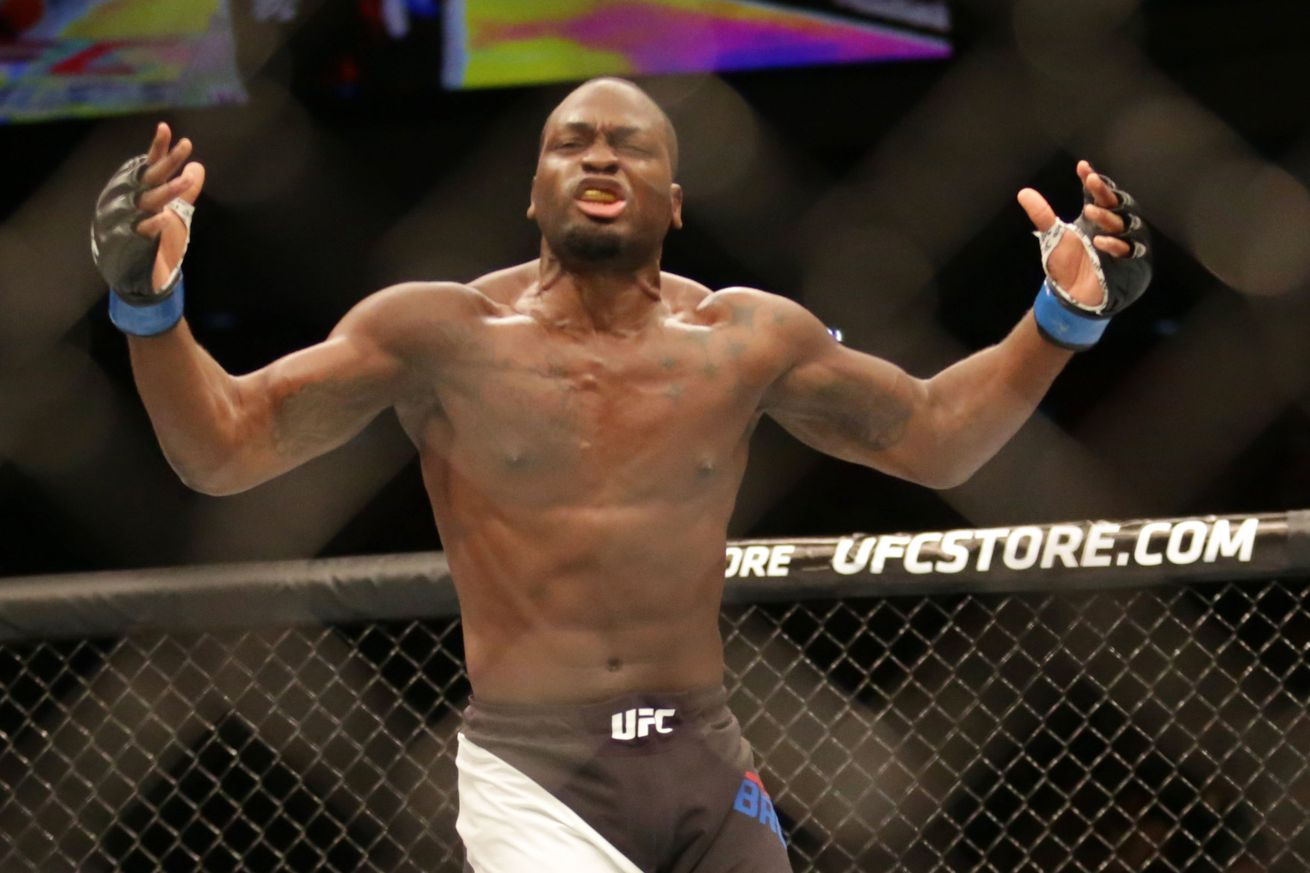 Michael Johnson vs. Dustin Poirier wasn’t the only fight at UFC Fight Night 94 to generate some heat.

While a majority of the event’s coverage centered around the bad blood between Johnson and Poirier, tensions also arose between middleweight co-headliners Derek Brunson and Uriah Hall throughout all of fight week. Brunson revealed Monday on The MMA Hour that he and Hall had to be separated several times in Hidalgo, TX, citing near-altercations after open workouts, at weigh-ins, and after the ceremonial weigh-ins.

And according to Brunson, Hall had plenty to say until the time came to make that walk to the cage.

“It’s funny though, because Uriah Hall, he did all this talking,” Brunson said on The MMA Hour. “I heard all of this interviews, even when we did the interviews for the TV (production), he was saying, ‘Derek is not dangerous. He’s a boring fighter. There’s no way he can beat me.’ And he got in the cage, he walked past me and I looked at him. He just looked at me, he blinked and he nodded his head. I was like, I don’t know if he really feels that confident anymore.

“Then we got across the cage and were looking at each other, staring each other down, and I saw him blink again. And I saw it in his eyes. I was like, he is regretting everything that he said, because now he has to [act] on what he said. And I smiled at him right before we got after it. But I knew at that moment, he kind of regretted all the stuff he said because he had to back it up.”

Brunson, 32, didn’t have to wait long to prove his point. The Jackson-Wink veteran floored Hall with a left hook early in the fight, then swarmed ….View full article