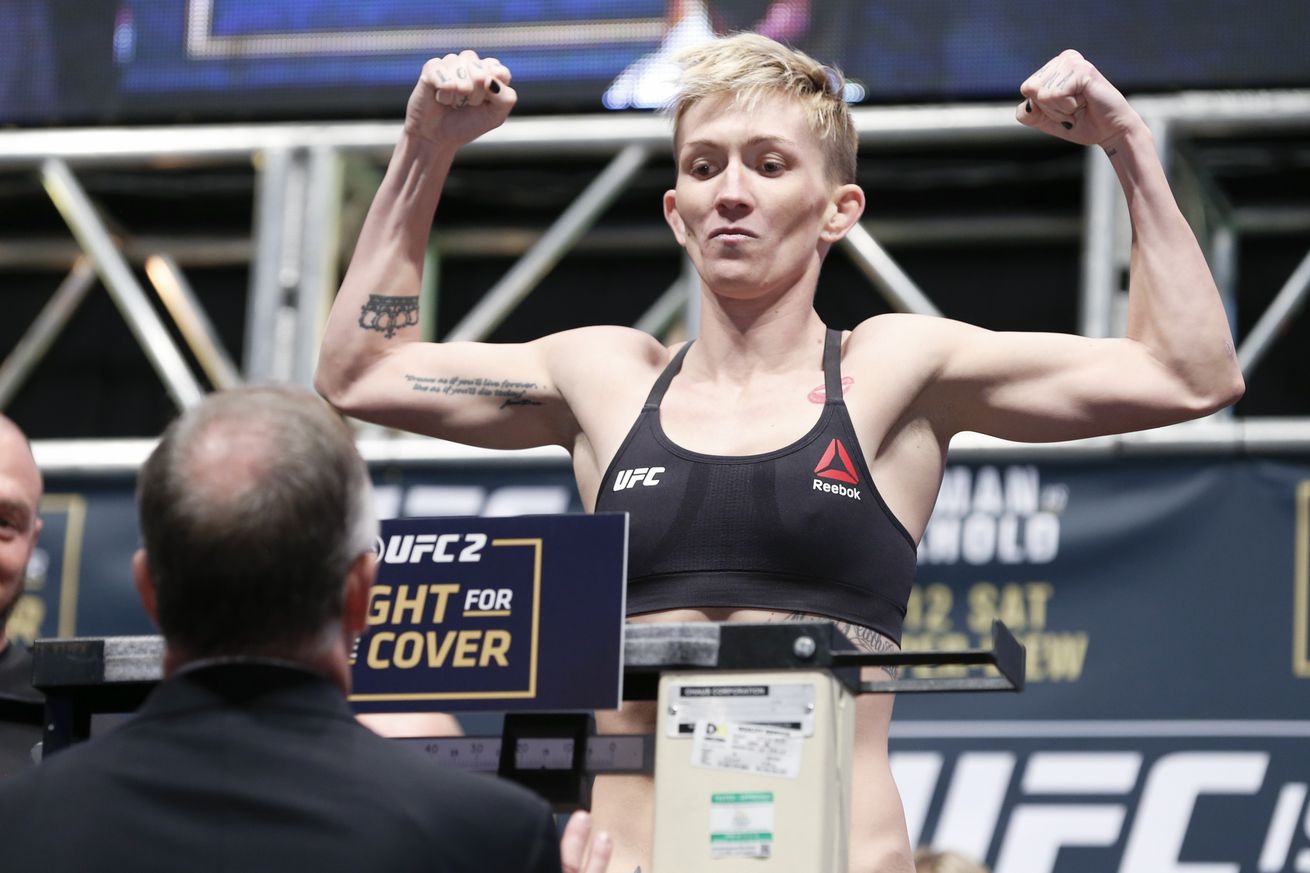 UFC fighter Jocyln-Jones Lybarger is walking away from fighting.

The 31-year old strawweight, who is coming off of a third-round submission loss against Nina Ansaroff at UFC Fight Night 103 in Phoenix, posted a message on her Instagram page on Thursday announcing her retirement.

“Family, friends and fans, first of all I want to say thank you so much for all the love and support,” the letter read. “It’s something I can see and have felt throughout out my career and I’m very thankful for it all. I have been doing what I love for almost 9 years now and I can promise you I gave it everything I had. Tonight I’m so excited to announce my retirement from fighting. I’m ready for what’s next. I’m ready to be with my wife and kids, to be the best wife and most of all to be the best step mom to our girls. Kennedy and Ellie I love you both so much. I want to thank my coach John Crouch for always supporting me in and out of the cage. Thank you coach Eddie, Wil and Jarret! Thank you Mike Dolce for always being on my team. I owe everything to my brothers and sisters at the MMA LAB thank you. #mmalabelite #dolcediet #onepercentbetter #teamJJL“

After having won the RFA 115-pound title against Zoila Frausto in Oct. 2015, Lybarger made her Zuffa debut at UFC 194. She fought Tecia Torres on short notice after Michelle Waterson was forced to withdraw from the bout with an injury. Though Lybarger didn’t get the victory, she managed to take Torres the full three rounds in defeat, dropping a unanimous decision.

She dropped another decision against the Canadian Randa Markos in June 2016 at UFC Fight Night 89 in Ottawa, which as contest at catchweight as Markos missed weight.

In her last outing, Ansaroff became the first fighter to ever finish Lybarger.

The MMA Lab product finishes her career with a 6-4 overall record.