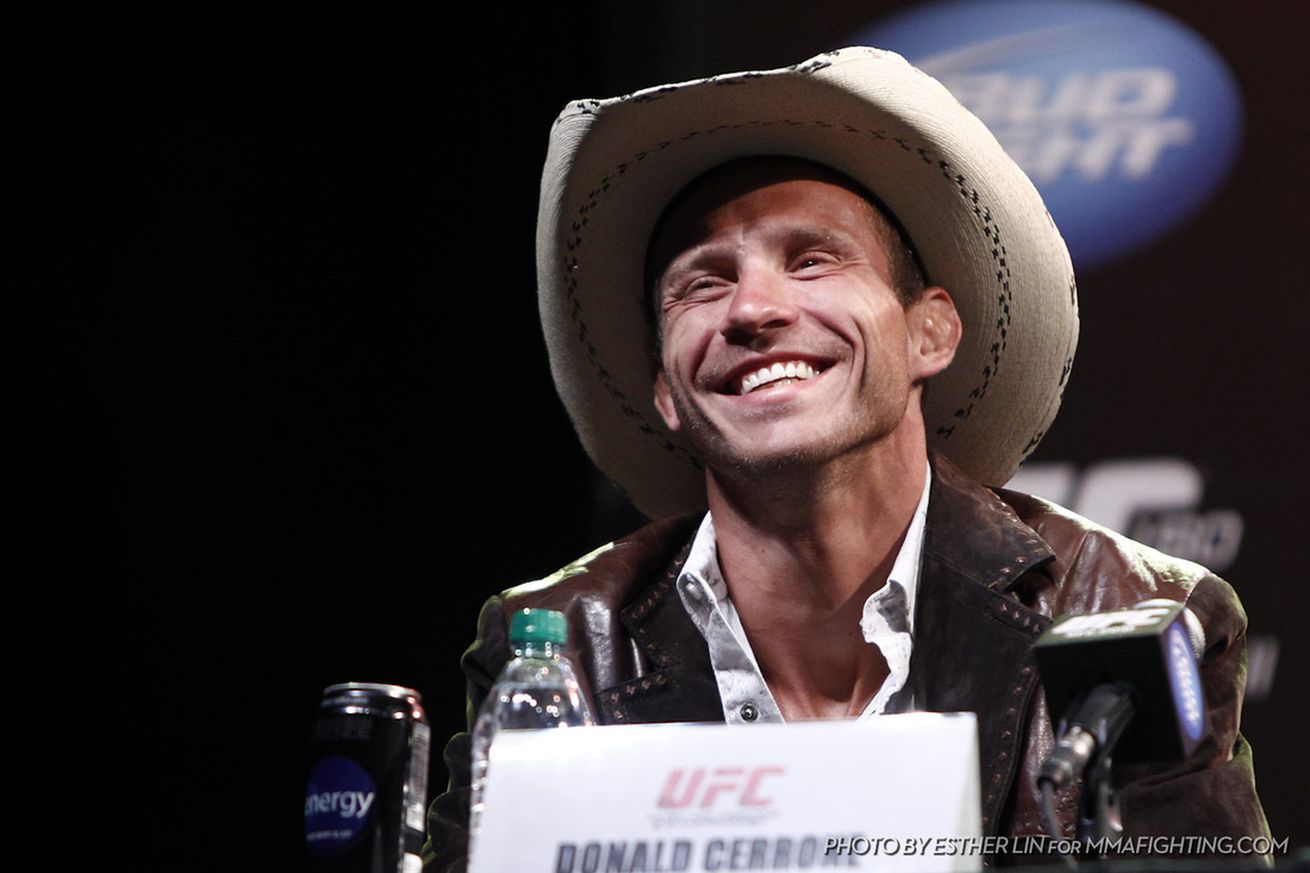 Donald Cerrone isn’t one to sit and sulk after a devastating loss.

So it didn’t come as a surprise when he accepted a fight against Tim Means just two weeks after losing to Rafael dos Anjos via first-round knockout in his first-ever Lightweight title fight at UFC on FOX 17 (see it again here).

As “Cowboy” recently told UFC.com, erasing the past quickly to move forward has always been his mindset. Plus, sitting around somber wondering what went wrong isn’t in him. Especially since he knows he didn’t show up to work, which resulted in an old fashion “ass-whippin’.”

“There’s nothing I can say about my last fight. There are plenty of people who don’t show up for work on any given day and unfortunately in my business that comes with an ass-whippin’ and that’s what happened to me. Maybe I can do some more sit ups or block my liver better, but that’s whatever. I’m back and I’m ready to get in there and throw the f**k down on Sunday in Pittsburgh.”

After Means was bounced from the fight because of a potential drug test violation, Alex Oliveira stepped in to face Cerrone in what will mark the Jackson-Winkeljohn-trained fighter’s first bout at Welterweight.

The move up is one Cerrone welcomes, as the weight cut has been fairly easy, which means he is able to indulge in more tasty treats as fight night draws closer.

“Moving up in weight is the best part. I’m sitting here at 177 pounds and I just ate guacamole and had some fruit roll-ups this morning. I’m an hour of sweating away from losing the weight. How can I not be excited about that? Yeah, they may be a little bit bigger than me at this weight class, but I may be ….View full article