Home MMA News After UFC 213 debacle, Chael Sonnen believes there should be a ‘forfeit clause’ in MMA
ShareTweet 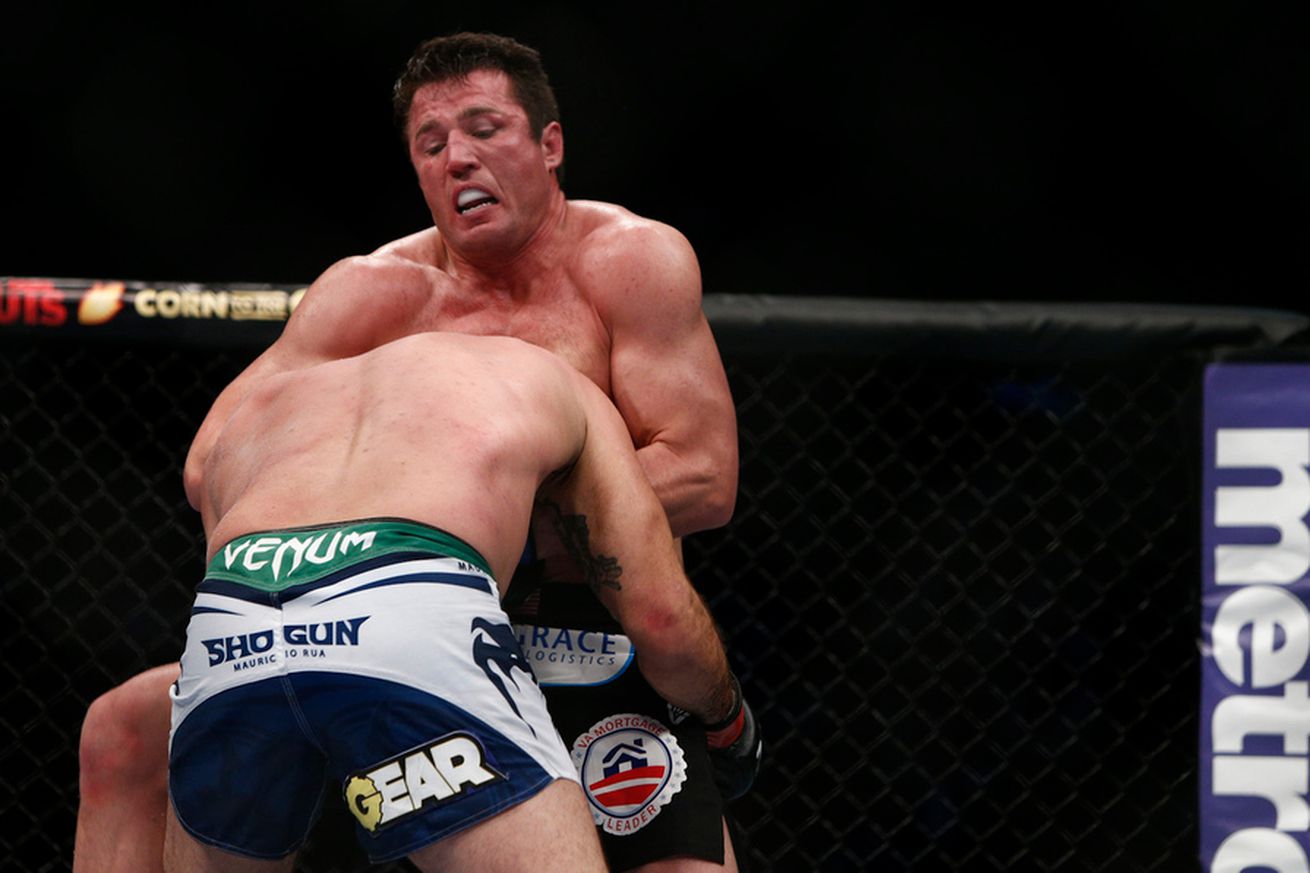 Chael Sonnen believes that Valentina Shevchenko should have won the bantamweight title “by forfeit” due to champion Amanda Nunes being unable to make it to the Octagon on Saturday night at UFC 213.

Dana White claimed that Nunes was cleared to fight by doctors when she was taken to hospital after falling ill on Saturday morning.

On Sunday, Nunes revealed that she was “not feeling well enough to risk getting punched in the head” as she was suffering with chronic sinusitis.

“I realize my idea would not work, however, I still share the ideology that we should have a forfeit clause,” Chael Sonnen told Ariel Helwani on this week’s edition of The MMA Hour.

“There’s got to be some time clause, particularly from the weigh-in to the ring. In any other sport you lose and you lose by forfeit. This would never happen in Super Bowl or the NBA.

“It does happen in boxing meets and in wrestling meets. If anything happens to the athlete whereby they don’t step on the mat after the weigh in, they lose by forfeit. There should be some kind of a clause in there. I’m not thrilled about it to tell you the truth.”

The Bellator fighter also suggested that fighters should lose belts and ranking spots for pulling out of fights.

“That should’ve been a forfeit. This entire sport is about finding out about who is tougher at a specific time or place. If you’re an athlete that is admittedly not tough enough to try, then you cannot be called the champion.

“I see people pull out all the time and they should lose their rankings. I think the world of Cain Velasquez but he has pulled out of so many fights, if I’m a media member who gets to poll rankings, I pull his ass out.

“If Cain comes forward and says, ‘I’m not even tough enough to leave the locker room’, how can (media members) say, ‘this guy is No. 3 in the world.’

“He just told you he’s not tough enough to leave the locker room and the whole sport is about who is tougher at a specific time and place. We should have a new champion.”

Sonnen underlined that he was not disrespecting Nunes, but rather illustrating what would happen if the forfeit clause was in place.

He added: “That’s how it works on the playground. If you agree to meet at a specific time behind the bell, and you don’t make it, the other kid wins.

“I’m not saying I’m disrespecting (Nunes), but (if the forfeit clause was in place) she loses the belt.”