Home MMA News Ahead of UFC on FOX 23, Julianna Pena ramps up her efforts to get an ass kicking from Ronda Rousey
ShareTweet 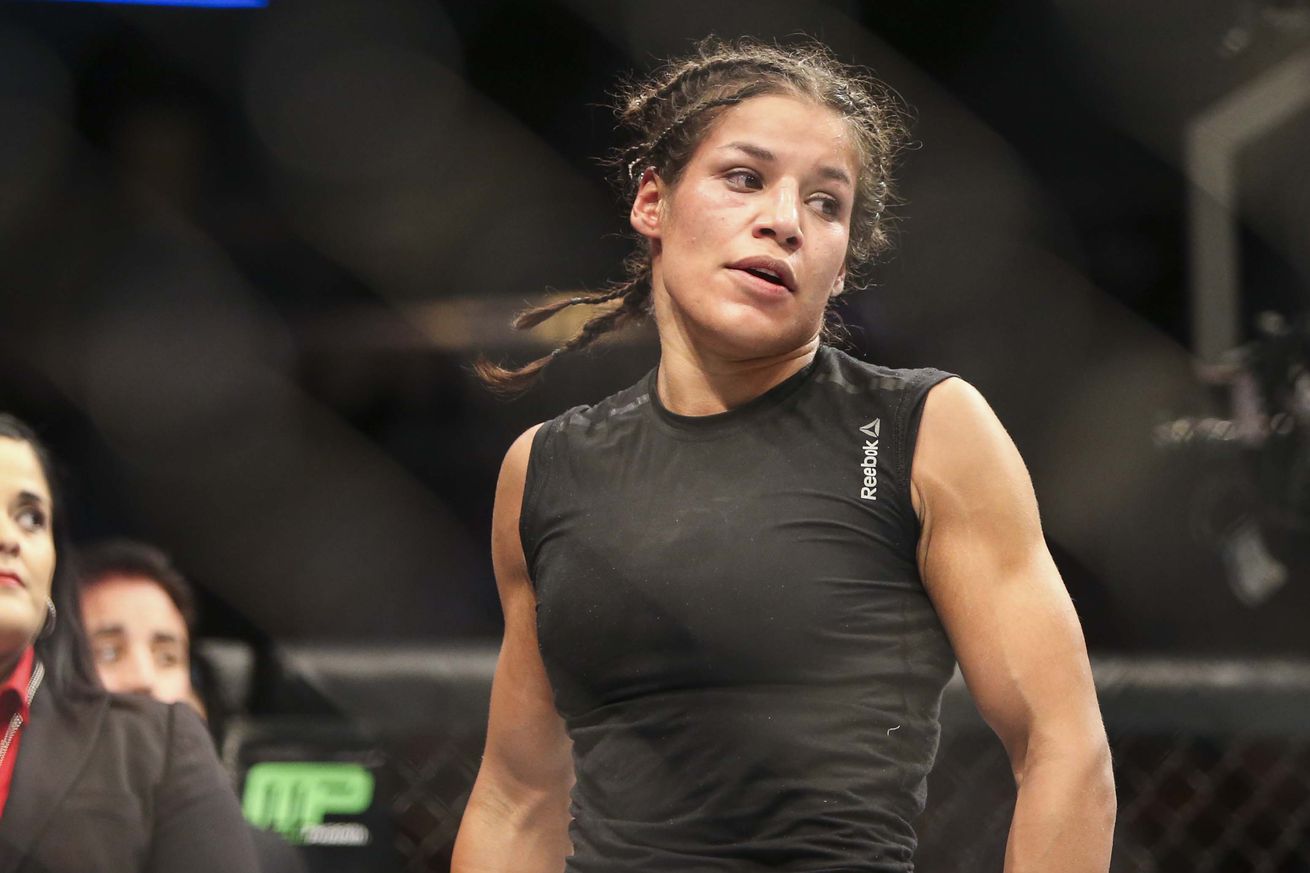 The women’s bantamweight contender has no chill when it comes to discussing Ronda Rousey’s performance at UFC 207.

UFC bantamweight contender Julianna Pena really doesn’t like Ronda Rousey. Like, to the point where even though she’s fighting Valentina Shevchenko at the end of January in a contest that will likely decide a new No. 1 contender for the division, she’s still spending more time talking about Rousey than Shevchenko or current champion Amanda Nunes combined.

“Ronda Rousey is mentally weak and she was literally handpicking her fights from the very beginning, and in my opinion she’s the worst girl on the roster,” Pena told Submission Radio in a new interview. “If you take a year off from the sport and you don’t train and stuff like that, the sport is going to evolve, and it’s going to continue without you. And if you don’t take any warm-up fight or any sort of tune-up fight, if you will, then you’re going to be in a world of hurt.”

This isn’t the first time Pena has ripped into Ronda Rousey. She once referred to the former champion as “Fat Arms Rousey”, justifying the slur on account of “what a bitch” Ronda was to her on The Ultimate Fighter (TUF). Pena went on to win that season, beating four members of Team Rousey. As far as Pena is concerned, that should have been enough to earn her a fight against Ronda, but for some reason that didn’t happen.

“That girl’s been dodging me from day one, and she knows it,” Pena continued. “And that’s all I have to say. I think it’s very disappointing if she does retire, because yeah, I wasn’t the one that was able to dethrone her. But I think she knows at the end of the day that I am a nightmare matchup for her. I’m a nightmare matchup for any of these girls in this division, and she did not want to get locked in the cage with me, and it’s as simple as that.”

There’s still no word on whether Ronda Rousey will ever return to fighting. But maybe the kind of smack talk being thrown around by Pena is exactly what Ronda needs to encourage her to step back into the Octagon. Pena certainly hasn’t been shy about demanding a fight with the face of women’s MMA. But considering she doesn’t have the power of Amanda Nunes or the technical precision of Holly Holm, she might regret everything she’s said if a fight comes together and Rousey manages to get those “fat” arms around her.