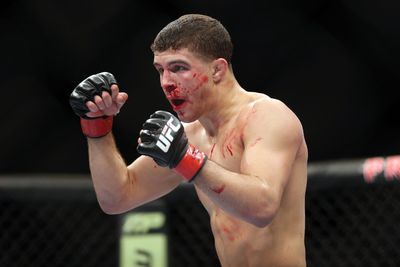 If you were led to believe that the co-main event of UFC Fight Night 80 happening on Thursday, Dec. 10, 2015 in Las Vegas will feature a bout between Sage Northcutt and Cody Pfister, you’re not alone.

In the two videos of UFC ‘Embedded’ released so far (here and here) the fight promotion has all but ignored the co-main event fighters Michael Chiesa and Jim Miller, presumably to capitalize on the hype surrounding the 19-year-old Northcutt.

The videos irked more than a few UFC fighters, including Al Iaquinta, who took to Twitter to say he’s “really starting to get fed up with this sport.”

Despite not competing on the card it’s understandable Iaquinta would have some interest, given co-main fighter Chiesa was a member of The Ultimate Fighter Season 15 and defeated him in the Finale. As it turns out, the three year UFC veteran isn’t altogether pleased with the one-sided coverage either.

I’ve been in ….View original article