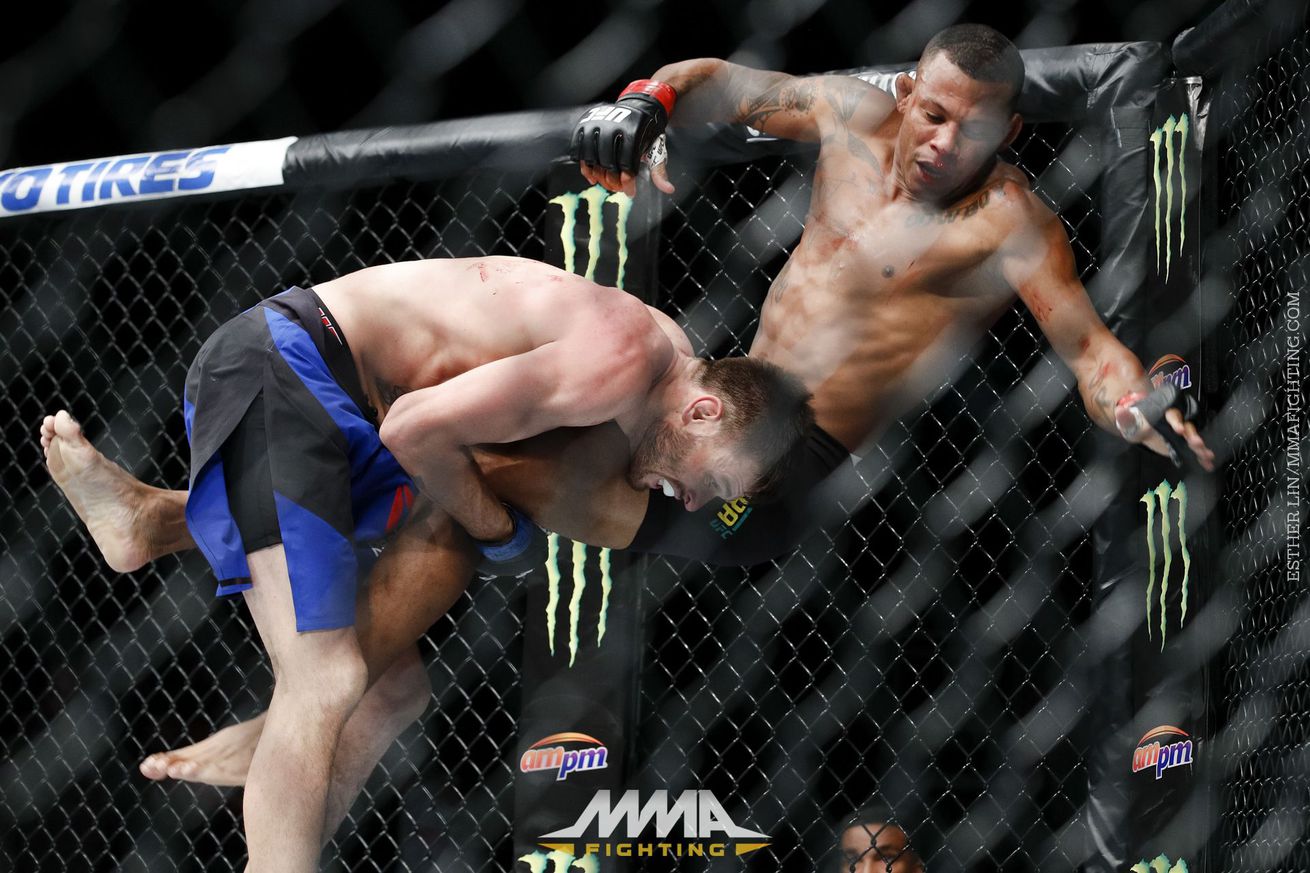 “Cowboy” returns to the Octagon on Saturday night in Fortaleza, Brazil, in a rematch with Tim Means. The welterweights met for the first time in December, but the contest lasted less than four minutes, when Means landed a brutal illegal knee and the referee declared it a no contest.

Oliveira and Means will battle once again at UFC Fight Night 106 on March 11, and everything that happened during and after the first contest motivates the Brazilian. In an interview with MMA Fighting ahead of the fight, Oliveira repeatedly said the only thing he wants this time is to beat Means up for good.

“He talks a lot and I’m focused on beating him up,” Oliveira said. “I’m happy and ready to fight, man. He acted like a clown last time in the weigh-ins and then he proved he’s just like that. Now, that gave me extra motivation. We didn’t even fight last time, and now we’re gonna show who’s who.”

Oliveira is still bothered by Means’ illegal knee. The Oklahoma-native landed a knee to his head while he was down, and then admitted that he did it on purpose since he thought it was a legal move. And even though he admitted his intentions, referee Dan Miragliotta ruled it a no contests instead of disqualifying him.

“He was unprofessional,” Oliveira said of Means. “He threw that illegal knee and gave me almost six months away from the cage. We’re gonna fight now. If he wants a brawl, we’re gonna brawl. He goes down or I go down. We’re in a fight.”

Despite his animosity towards Means, the 29-year-old Brazilian admits he will be more “strategical” this time.

“A rematch is always more strategical, especially with him,” Oliveira said. “He’s versatile, uses his elbows a lot and has a longer reach. My plan is to brawl. The lesson I wanna teach him is that I’m better than him.

“Cowboy” doesn’t plan on going back down to lightweight for now. The Brazilian, who stopped Will Brooks in his last attempt to fight at 155 pounds — Oliveira missed weight by six pounds —, wants to make a run at the welterweight championship.

Yet, he’s not thinking about the ranking for now.

“I’m thinking about beating his face up and winning,” Oliveira said.

All this emotion coming into a fight can distract a fighter, but “Cowboy” says it only made him train better.

“I’m cool,” Oliveira said. “Just like when you wanna have sex with a woman, I just wanna go in there and fight. That’s it. I’m in that mood, and that’s what’s gonna happen.

“What makes me hungrier for this fight is that he was unprofessional. To throw a knee like that and then say he didn’t know the rules? What is that? What if he injures me, man? Luckily it wasn’t anything so serious. It’s the two of us fighting again now. It’s between him and me.”