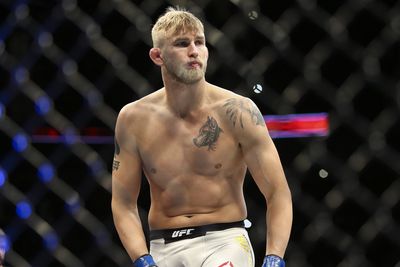 Ring rust might be a real thing after all.

After red-hot Ultimate Fighting Championship (UFC) Light Heavyweight contender Ryan Bader was done making former 205-pound champion Rashad Evans look “slow” and “old” at the UFC 192 earlier this month, “Suga” made it known that he desires a quick turnaround. And he would like for it to come against two-time title challenger Alexander Gustafsson, who also lost to overseer of the division Daniel Cormier at the same pay-per-view (PPV) event.

Although a bout between the pair makes sense when you look at the official rankings, “The Mauler’s” team wants to “settle a few things first,” which could have something to do with special plans the ZUFFA boys have for the Swede.

But, in a 180-degree move, Gustafsson announced to Swedish outlet Kimura that he would welcome a tilt with the one-time ruler of the 205-pound class.

“I have not a problem fighting Rashad, if the UFC says that’s the fight they want, I will take it. If it is a fight that the fans would love ….View original article