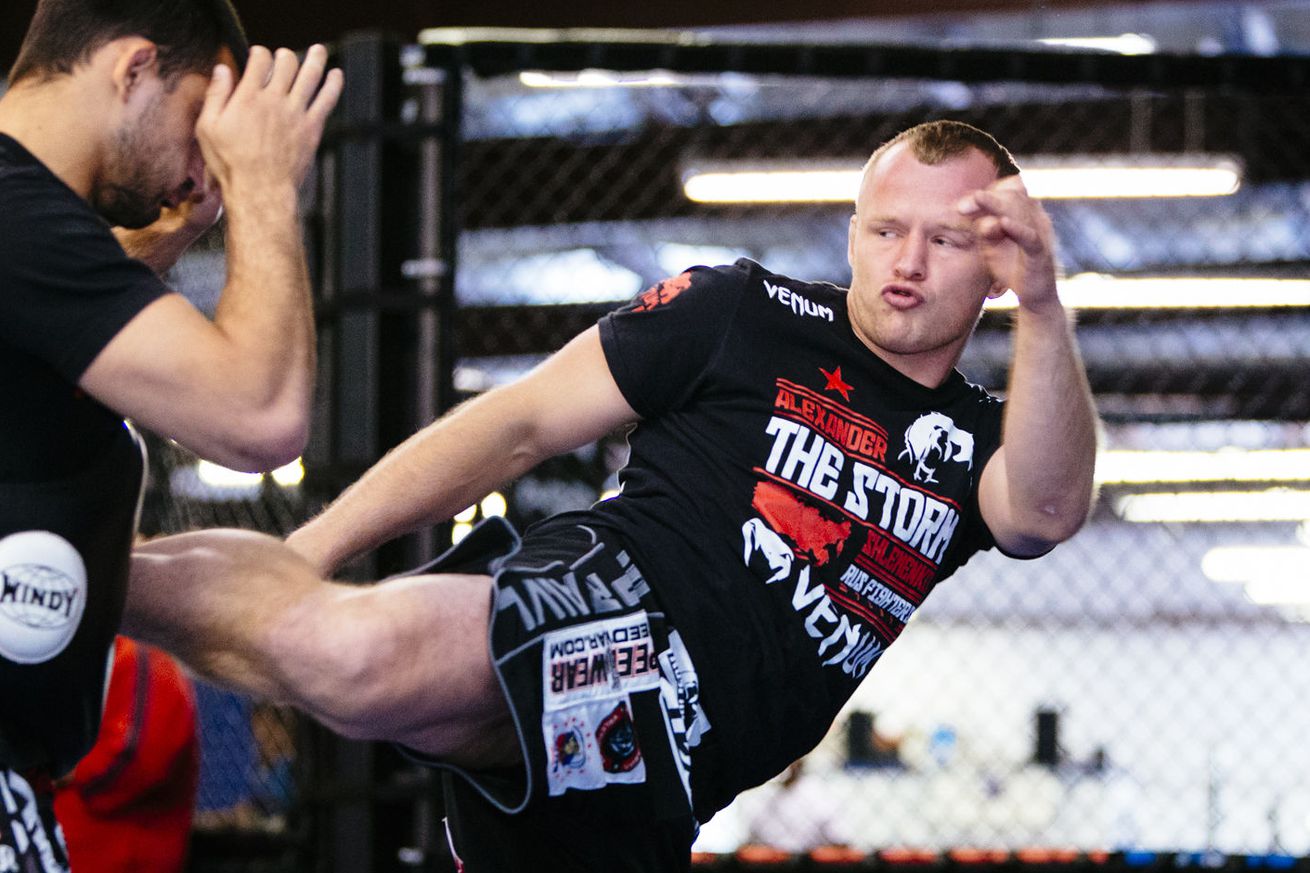 Former Bellator middleweight champion Alexander Shlemenko has been on extended leave from the promotion following a positive drug test after knocking out Melvin Manhoef at Bellator 133, but a recent ruling in his favor will allow him to return for a big fight in October.

Bellator 162 comes to Fed Ex Forum in Memphis, Tenn. on Oct. 21, 2016. A main event hasn’t been officially announced for the card, but a fight that has just been locked in seems like a good candidate to headline the show.

Former Bellator middleweight champion Alexander Shlemenko (53-9, 1 NC) has not been seen since knocking out Melvin Manhoef at Bellator 133, an impressive performance that would not ultimately stand due to a 50-to-1 T/E ratio that earned him a three-year suspension.

After the result was changed to a “no contest” and a $10,000 fine was levied, Shlemenko vowed to fight the suspension in court. For Shlemenko that was the right move, as a California Superior court ruled in his favor on July 20 and reduced his suspension from three years to one.

With the length of his reduced suspension already served, Shlemenko was free to come back at any time, and Scott Coker told ESPN’s Brett Okamoto the date and time was October 21 and the opponent is Kendall “Da Spyder” Grove.

Grove (23-15, 1 NC) has been on a roll of late winning two straight and three out of his last four, his only loss coming against the man who beat Shlemenko for the title, “The Bull” Brandon Halsey. His most recent win was a knockout of Francisco France at Bellator 150.

If this fight isn’t the main event at the Fed Ex Forum, it’s going to be somewhere close to the top. His only competition as of right now ….View full article