Home MMA News Ali Abdel-Aziz: ‘Bellator is bringing out the dinosaurs, we want to create our own champions’
ShareTweet 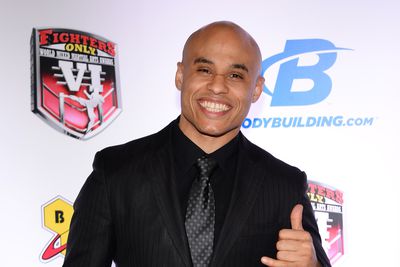 The WSOF executive vice president spoke to MMAMania about the one-night, eight-man tournament taking place at WSOF 25 later tonight and about the promotion building its champions from within.

One-night tournaments were once the bedrock upon which mixed martial arts (MMA) proudly stood.

Ultimate Fighting Championship (UFC) used that format at its inception–as did Pride–and fight fans fondly recall the days of yesteryear, when men were men and fighter safety was an afterthought.

Fast forward to present day with the sport being fully regulated for almost fifteen years now by state athletic commissions, and the tournament has become basically obsolete among MMA promotions.

The Battlegrounds promotion revisited the format last October–with the blessing of the Oklahoma State Athletic Commission–and held an event in Tulsa, where Roan Carneiro won three fights in one night to take the tournament prize.

Most recently, Bellator held a four-man tournament at Bellator 142: Dynamite 1, which took place in San Jose, Calif., under the California State Athletic Commission, and which saw Phil Davis win two fights in one night.

Later tonight it will be World Series of Fighting (WSOF), who will jump into the tournament business tonight at WSOF 25 at Comerica Theatre in Phoenix, AZ.