Home MMA News Alistair Overeem likes that CM Punk is testing himself, but says he’s ‘in for a hard time’
ShareTweet 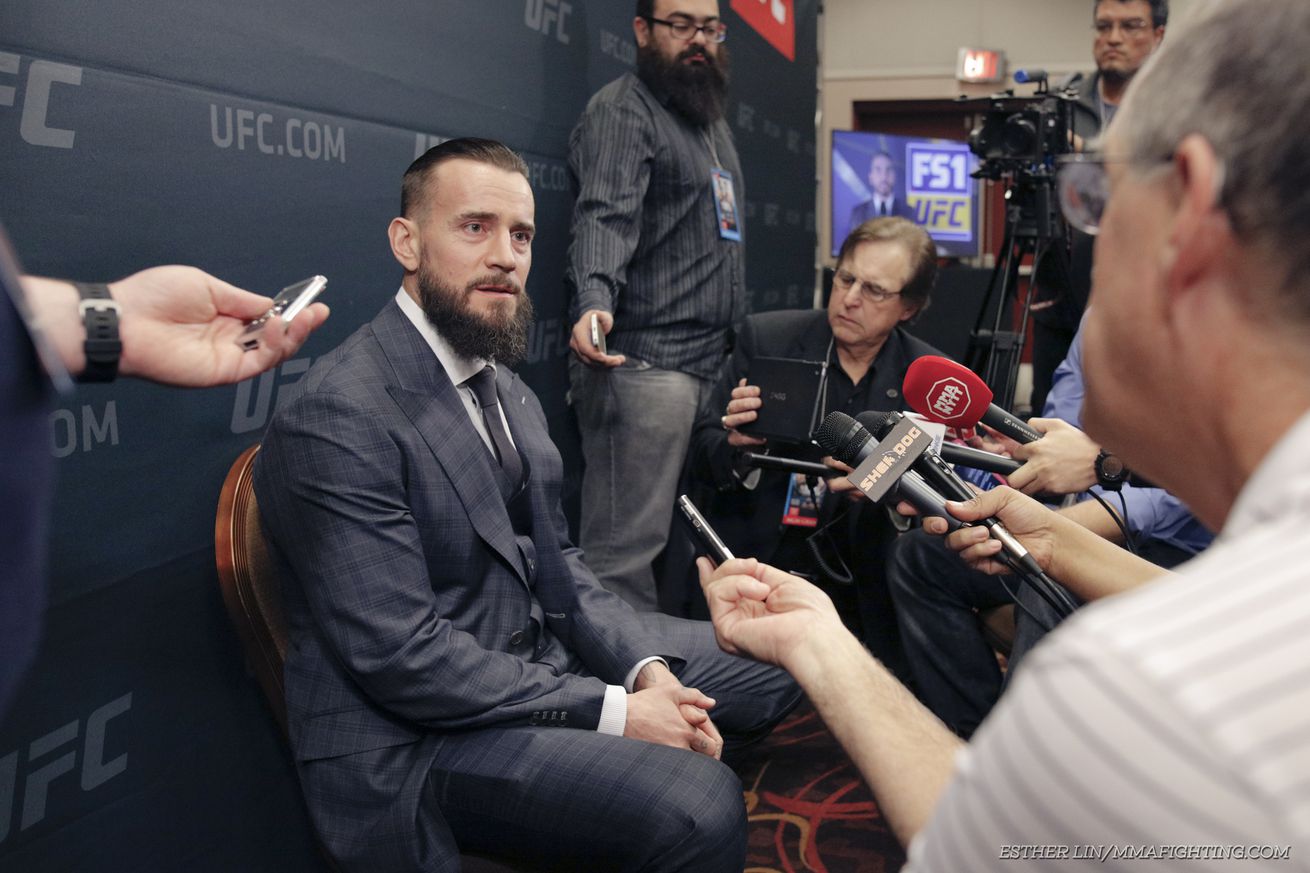 After nearly five years in the UFC, Alistair Overeem will finally fight for the heavyweight title at UFC 203 against Stipe Miocic. For him it will cap a long journey to the top of that particular promotion, after operating as the heavyweight champion of Strikeforce and DREAM, as well as a K-1 champion in kickboxing.

The 36-year old Overeem has been fighting since he was a teenager.

In stark contrast, 37-year old CM Punk (real name Phil Brooks) will be debuting on Sept. 10 in Cleveland, testing himself against Mickey Gall. The famous pro wrestler, who signed to the UFC in Dec. 2014, has long coveted a chance to see how he’d do in the literal sphere of fighting.

And the big heavyweight Overeem says he likes to see a man find out what he’s made of.

“Yeah, I’m curious as to how he’s going to do of course,” Overeem said during an appearance on The MMA Hour. “But I think he’s in for a hard time. I don’t know who he’s matched against, but this is definitely different than pro wrestling. Especially in his weight class, he’s a welterweight, I believe — those guys are tough man. He’s going to experience it firsthand. And you know the thing is too? If he does bad, the whole world’s going to be on top of him. If he does good, the next guy will be in line for him, and the next guy is going to just keep on coming. There’s so many good guys at welterweight.

“So, that’s definitely somebody I wouldn’t want to be right now.”

Overeem will try and take the title from Miocic in his own backyard of Cleveland, just as Miocic took the belt from Brazilian Fabricio Werdum in Brazil this past ….View full article