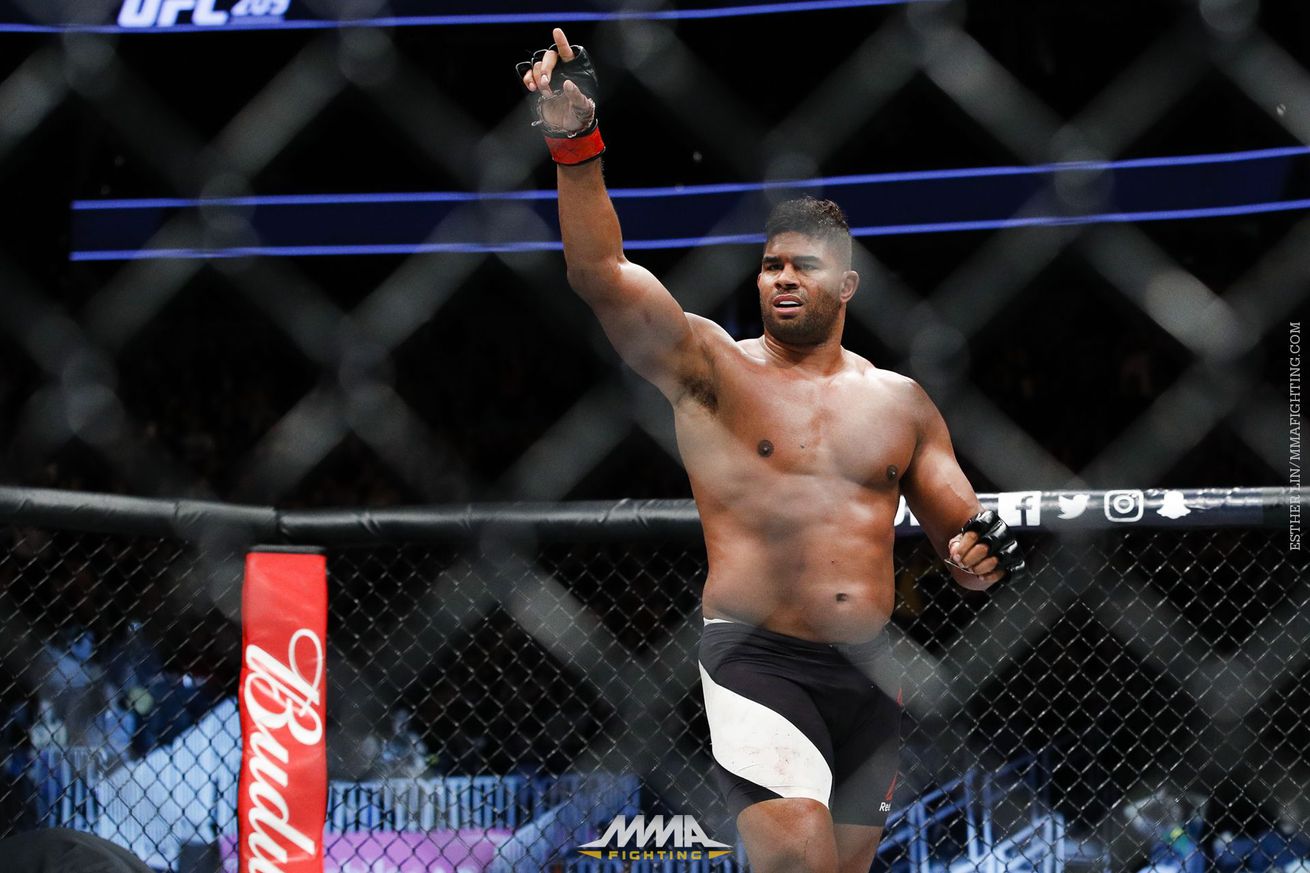 Alistair Overeem scored an impressive — and brutal — knockout over Mark Hunt at UFC 209 on Saturday night, when he downed the “Super Samoan” with a couple of knees.

Little did anybody know just how impressive the feat was.

Shortly after the main card in Las Vegas, UFC president Dana White interrupted Overeem’s post-fight press conference to inform everyone just the kind of lead-up Overeem had to the fight.

“Did you know that he was sick,” White said, taking the microphone from Overeem. “So, he’s been in the hospital for 24 hours. Food poisoning. Throwing up and all the other pleasantries of food poisoning for 24 hours. He was in the hospital, brought him home, and we had to bring him back to the hospital. They had to fill him with bags of fluids, and IVs, and at one point he was afraid to leave his room because he couldn’t stop throwing up and everything else.

“[He] did not want to turn down the fight. [He] still came out and fought tonight and knocked out Mark Hunt. So, and more to his credit, didn’t say one word about it in his interview, and obviously hasn’t said it here yet. I just came in to thank him and tell him how much I respect him.”

Overeem was able to defeat via TKO via knees in the third round, after exchanging — somewhat cautiously at times — with Hunt through the first dozen minutes. Overeem was coming back from his UFC 203 loss at the hands of current heavyweight champion Stipe Miocic, whom he lost to via KO in the first round.

Overall he has won five of his last six fights. It was his second victory over the 42-year old Hunt, whom he defeated back in 2008 in Dream.

When asked if he was cleared by the United States Anti-Doping Agency, or granted a therapeutic use exemption to receive the IV treatment in the hospital, Overeem said he followed the appropriate protocols.

“So, we went through all the steps necessary,” he said. “I got really sick. Yesterday at the weigh-ins I was out. I was like low energy. I mean, I put on my acting face looking angry, but I had zero energy, and if i felt today as I did yesterday I would not have been able to perform. But, I went to the hospital, got an IV, slept very good, took something to help me sleep. I could get some food in yesterday even before sleeping and recovered kind of okay, and [thought] yeah, we’re going to go for it. We’re going to do this.”