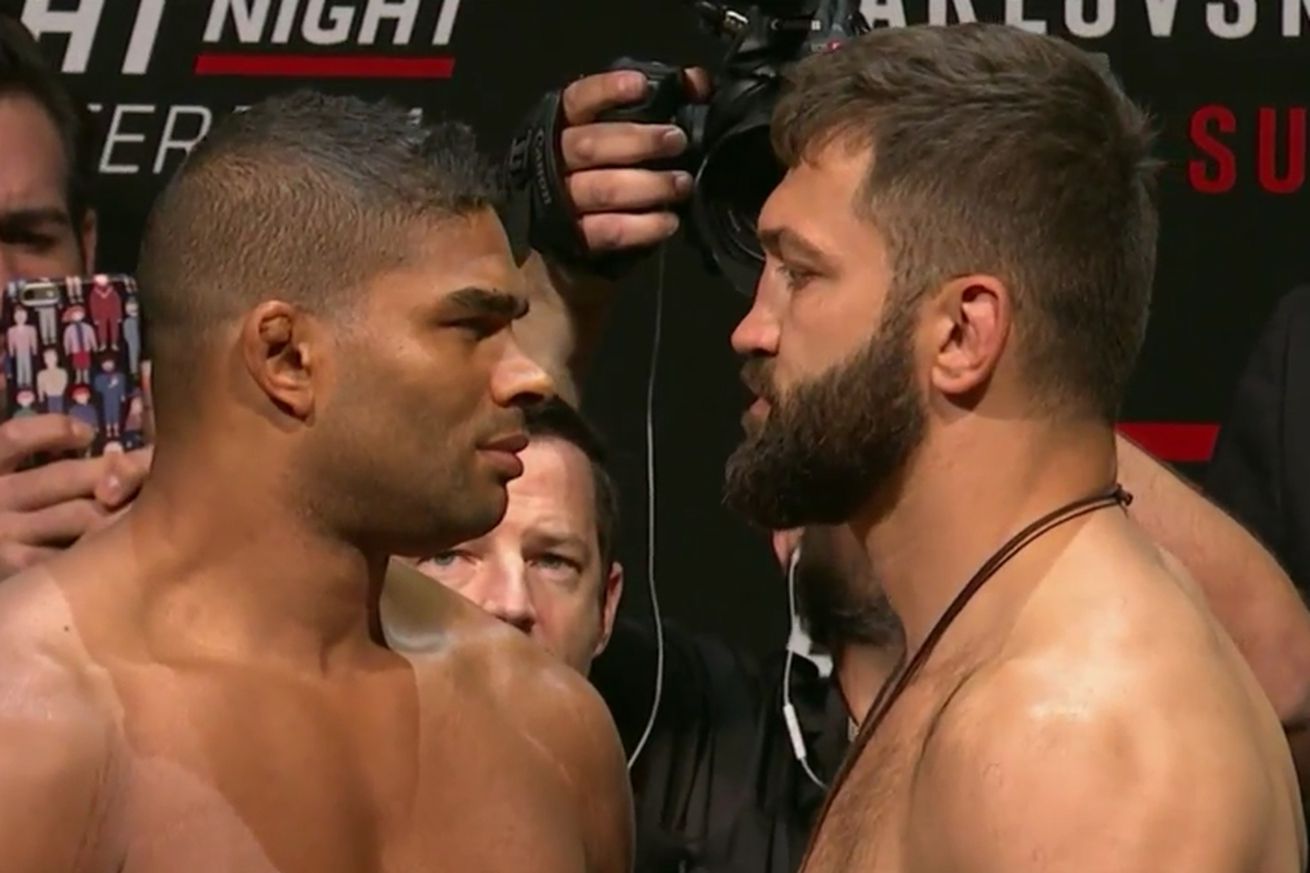 The official weigh in event for the upcoming UFC Fight Night 87 mixed martial arts (MMA) extravaganza went down earlier today (Sat., May 7, 2016) from inside Ahoy Rotterdam in Netherlands.

“Overeem vs. Arlovski” is exactly what it sounds like: a fight card headlined by Alistair Overeem vs. Andrei Arlovski, and both titanic headliners came nose-to-nose after the weigh ins to make their five-round main event official.

Someone might be going to sleep here, guys. @AlistairOvereem vs @AndreiArlovski TOMORROW on @FS1! #UFCRotterdam https://t.co/97WbFhdeyl

In the colossal co-main event, Stefan Struve looks to break out of his 1-3 slump against another struggling heavyweight in the form of Antonio Silva, also 1-3 over his past couple of appearances.

Watch them exchange mugs below:

MMAmania.com will deliver LIVE round-by-round, blow-by-blow coverage of the entire UFC Fight Night 87 fight card on Sunday (click here), starting with the Fight Pass “Prelims” matches online, which are scheduled to begin at 10:30 a.m. ET, and then the remaining undercard balance on FOX Sports 1 at noon ET, before the main card start time at 2 p.m. ET, also on FOX Sports 1.

For much more on this weekend’s UFC “Rotterdam” event click here.