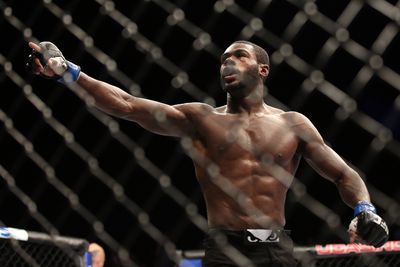 2015 has been in some ways good for Aljamain Sterling, but equally frustrating. The elite UFC bantamweight contender defeated Takeya Mizugaki via submission in April, which served as the high point of his MMA career to date.

Yet, he hasn’t fought since. So bad did his situation get that Sterling took to social media two weeks ago to suggest if he didn’t fight soon, he’d have to consider early retirement and take up post-graduate studies.

“The past few weeks have kinda been going in a downward spiral, I want to say,” he told Ariel Helwani on The MMA Hour. “Just being a little frustrated seeing that I made such a big amount of money at one time and I was kinda hoping I was going to get back into the Octagon soon and get another fight.

“I had some realistic goals I set for myself barring I had enough fights. I felt I ended coming up short of that.”

As Sterling saw it, the positives of the situation were beginning to disappear. If he was to meet certain benchmarks, things had to change and quickly. If not, tough choices had to be made.

“It’s just been rough thinking about that. I did the ….View original article