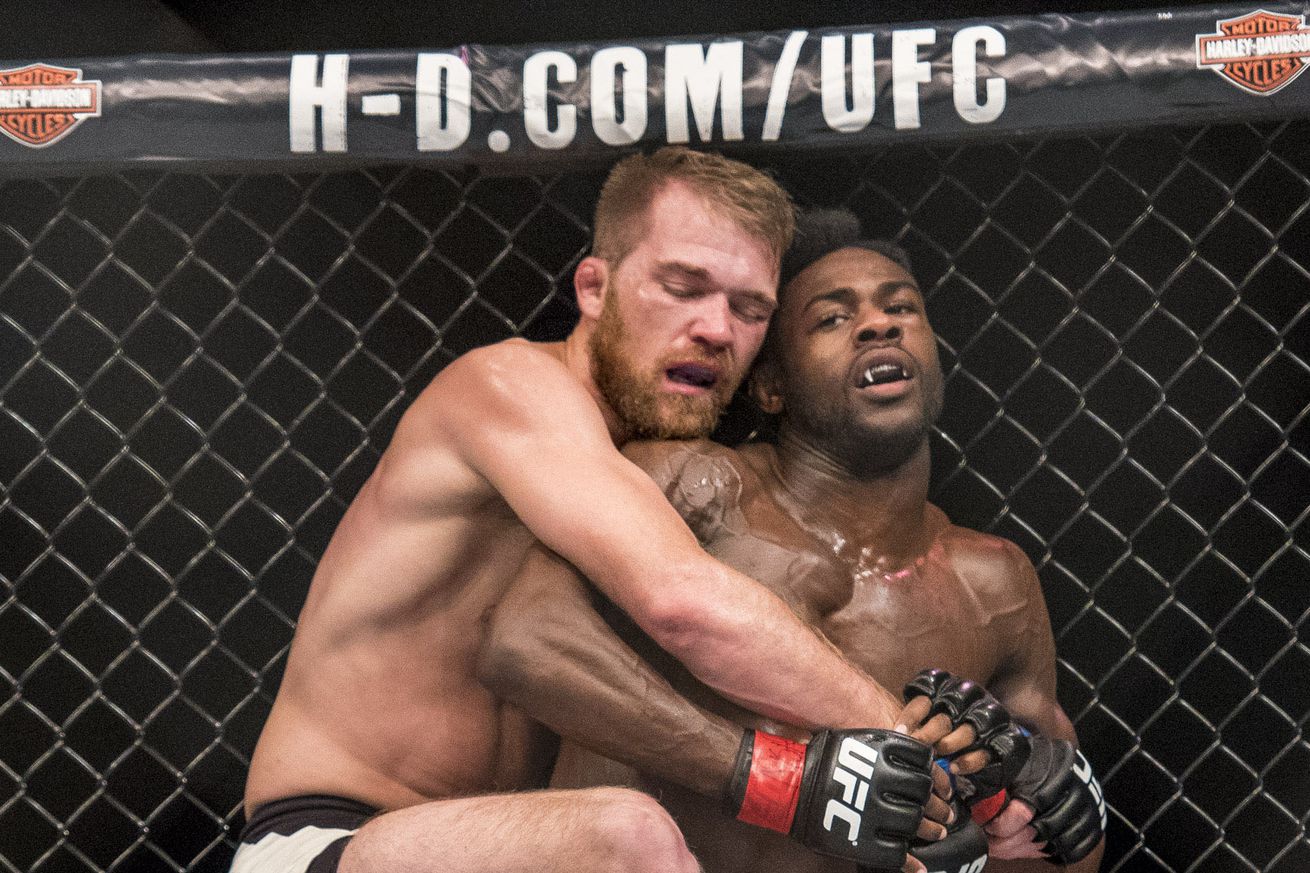 First, it was Chris Weidman losing his perfect record and Ultimate Fighting Championship (UFC) Middleweight title to Luke Rockhold at UFC 194. Then teammate Aljamain Sterling suffered his first professional loss when he dropped a split-decision to Bryan Caraway at UFC Fight Night 88.

For what it’s worth, Sterling, who resides in a division that many casual fight fans don’t pay attention to, had made significant leaps in popularity and notoriety entering his Bantamweight bout with “Kid Lightning.”

Like most fighters his age (26), Sterling has had a difficult time coping with the defeat. He took it upon himself to open up about the loss and discuss his initial afterthoughts.

“I put in so much effort in terms of the training, and after such a dominant first round, the way I had that adrenaline dump, especially in my arms,” said Sterling in a recent blog submission on Champions.co (h/t Bloody Elbow), “it felt like I was swinging two cinder blocks around. It was pretty disheartening. I couldn’t keep my hands up by my face, and although my feet were moving well, I didn’t want to keep running away and not engaging in the fight. I just told myself, ‘You’ve got to try to stay in this.’

Sterling, who is one of the more outspoken youngsters in the game, further detailed an emotional breakdown he experienced following the fight.

“I legit broke down and just started babbling and crying inside of this club,” added Sterling. “It was 3:30 in the morning and we were in a secluded area of the club, so there weren’t too many people around to witness it. I sat there like that for a good 20 minutes. Now, I’m ….View full article