Home MMA News All in all, Colleen Schneider happy just to compete at Bellator 170
ShareTweet 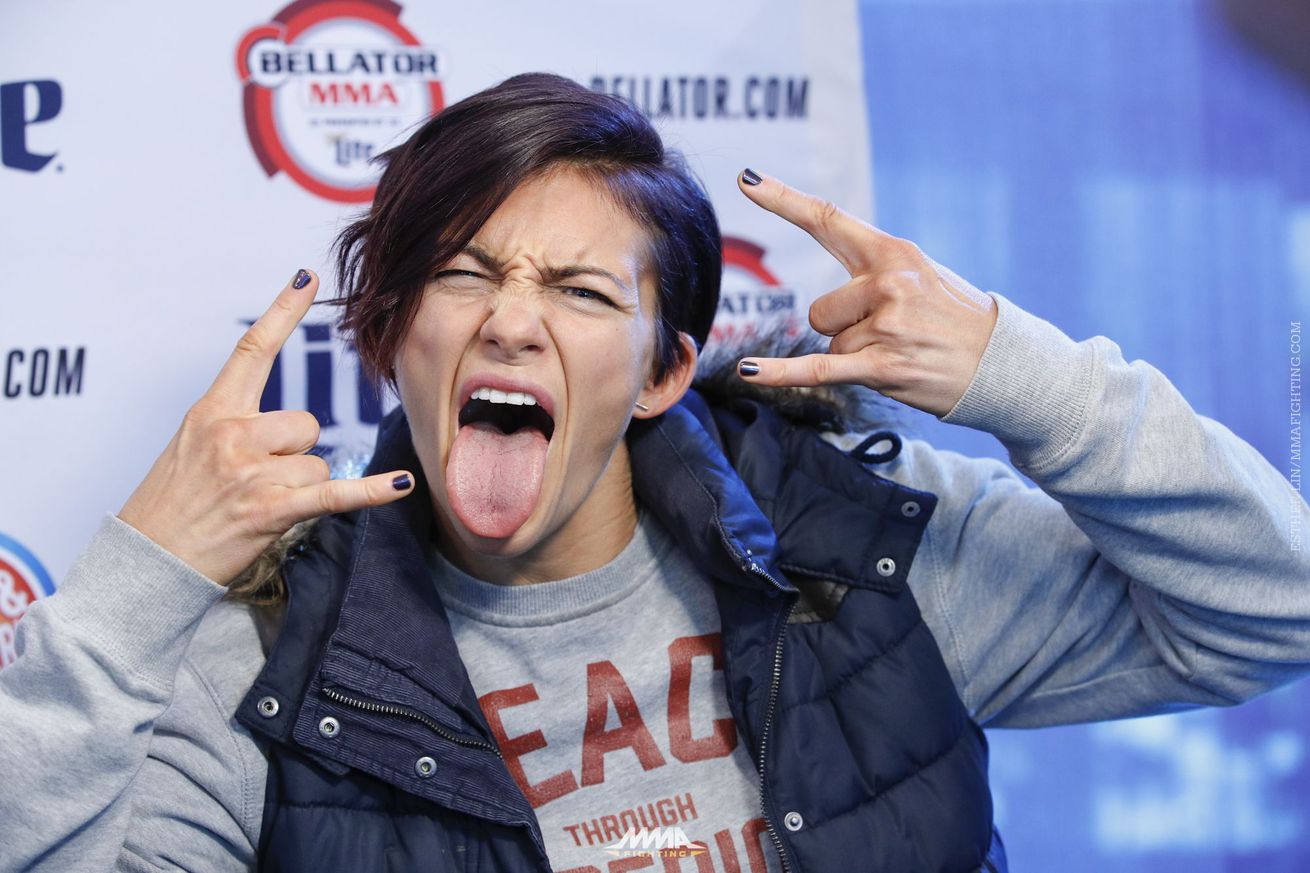 LOS ANGELES — A lesser person than Colleen Schneider might get mad about being placed on the opening bout of the preliminary card at Bellator 170.

There are, after all, 19 fighters who don’t even have Wikipedia pages on the prelim card at the Forum in Inglewood, Calif. on Saturday night. But Schneider, who has 17 pro matchups under the belt, finds herself working in the curtain-jerker fight.

Schneider, who brings a 4-1 record in her past five fights into her Bellator debut, is taking the high road on something other veterans might consider a slight.

Of course, by the time Thursday’s Bellator 170 media day at Viacom’s West Coast HQ in Hollywood rolled around, Schneider was happy simply to have an opponent at all. Her originally scheduled foe, Rebecca Ruth, pulled out a week before the bout due to an injury, leaving promoters scrambling to find a replacement. They found one in Michigan’s Chrissie Daniels (2-2), who is coming up from strawweight to take the fight.

“[Ruth] got hurt a little over a week ago and Bellator was working really hard to find someone, whether going up in weight or staying at 125, whatever it took to get the fight,” Schneider said. “I had a full camp, I feel great, I don’t really care who I’m in here with, I just want to take the fight, it doesn’t matter to me.”

Regardless who is on the opposite side of the cage when the door locks on Saturday, this marks the beginning of the next chapter in Schneider’s. The Fullerton, Calif.-based competitor shook off a 1-4 start to her career and won eight of her next 10 before earning a shot at Invicta bantamweight champ Tonya Evinger last May.

Evinger won that fight via unanimous decision, and Schneider decided it was time to give 125 pounds a shot, given that Bellator seems to be making a point of building up the division.

“I wanted to fight here,” Schneider said. “They don’t have bantamweight, I can make flyweight, so I decided to do flyweight. A lot of it has to do with wanting to fight for Bellator. I’ll be on weight. It’s never fun, but it’s part of the job.”

In the meantime, Schneider plans on opening the show at the Forum and leaving no doubt that next time out, she’s much higher up on the card.

“I take it as a challenge,” Schneider said. “I take it as, okay, I’m going to go out there and put on a show and get the show off to a great start so that the next time, I’m on the main card.”