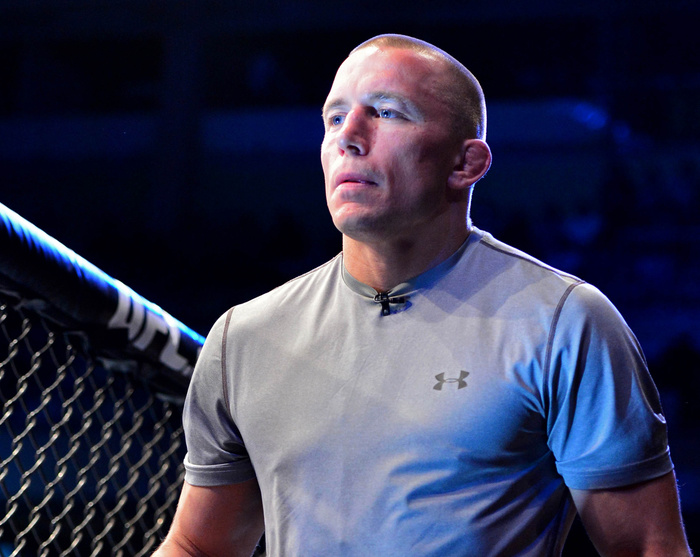 It was early November of 2013, and Georges St-Pierre had just beaten Johny Hendricks at UFC 167 by unanimous decision—his twelfth win in a row. Joe Rogan came over with his microphone to give the standard post-fight interview, to which most fans expected GSP to be his normal bubbly self. Instead he was a bit more somber, saying that Hendricks had been the toughest fight of his career before hesitating a bit and stepping away from the microphone.

Rogan nodded in approval, telling Georges to say whatever it was that was on his mind. George took a moment, and then dropped a bomb.

“There was a lot of talk about what was going to happen. I have a bunch of stuff in my life happening, and I would like to hang up my gloves for a little bit…”

“I have to go away for a little bit, at least,” George responded. “There are personal things happening and I want to say thank you from the bottom of my heart to the UFC, who gave me a chance, and everyone for the support … I have to step away right now and that’s all I can say…”

The noise from the crowd was a mix of cheers and boos as the visibly emotional GSP stepped off the canvas for what everyone, despite his explanation, suddenly feared was the last time.

Ever since his abrupt departure from the sport, a vision of the mythic Canadian has lived in the back of MMA fans’ mind—maybe somewhere in Asia, doing the splits with Jean-Claude Van Damme, meditating in search of his ultimate purpose as a martial artist. Waiting for the right moment to fight again.

He made it clear that his absence wasn’t permanent. He hadn’t really retired. He just ….View full article