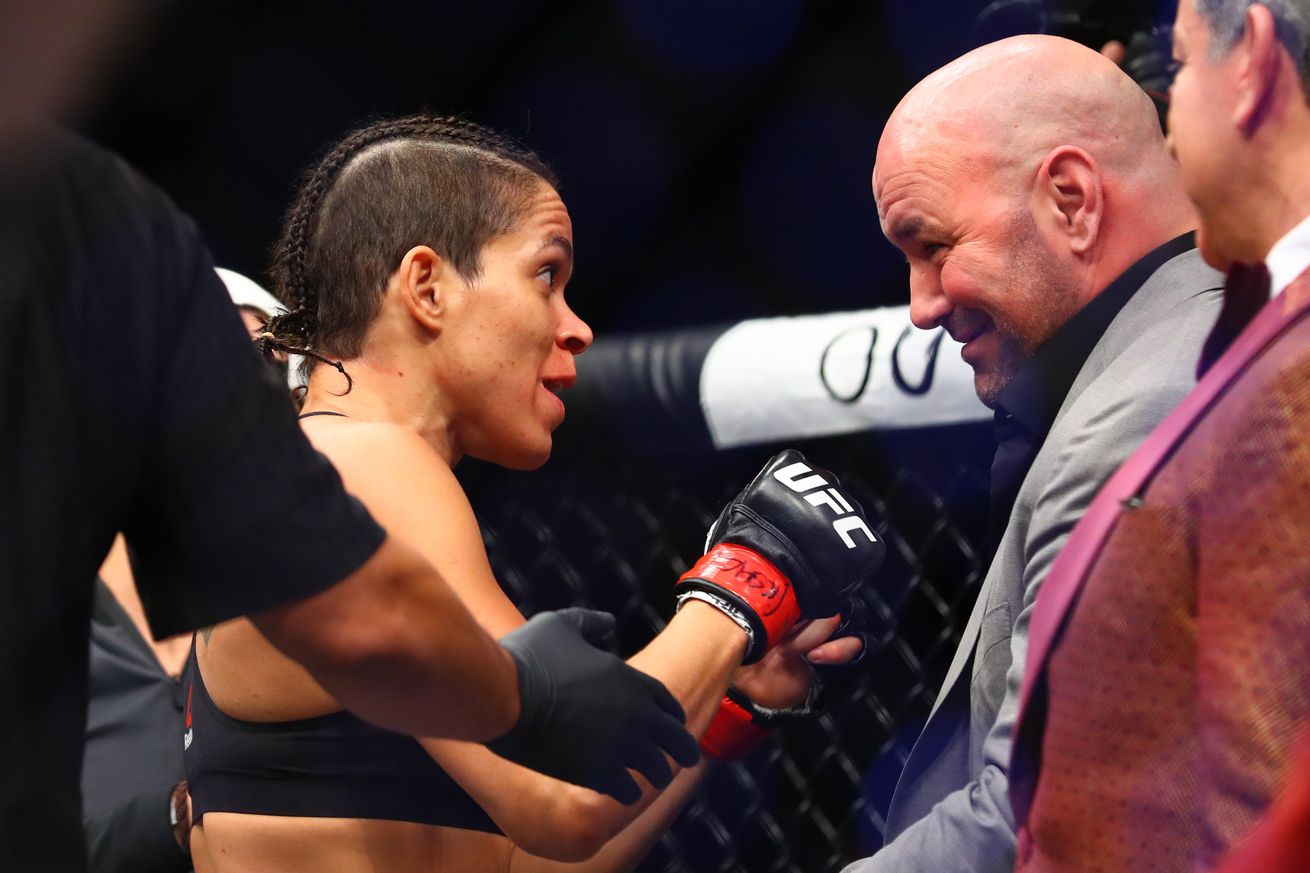 Amanda Nunes was forced to withdraw from her headlining bout at UFC 213 against Valentina Shevchenko a few months ago due to a severe battle with sinusitis. And Ultimate Fighting Championship (UFC) president Dana White was not happy about it.

The brash head honcho went on record saying he wouldn’t feel comfortable putting “Lioness” as a main event after her sudden withdrawal. And unlike the Jon Jones case, this time he stuck to his guns, putting her women’s bantamweight title fight at this weekend’s (Sat., Sept. 9, 2017) UFC 215 pay-per-view (PPV) event as the co-headliner.

To hear Amanda tell it, her co-main event slot is punishment for withdrawing from UFC 213, but isn’t mad one bit she’s playing second fiddle to the Demetrious Johnson and Ray Borg Flyweight title bout.

“I feel they punished me for sure because I didn’t compete,” Nunes stated during a recent media call (via Sherdog). “At the end of the day I want to fight. I think the main event for this fight’s great. I’m a big fan of Demetrious and they made the right decision to make that the main event. I love to be the co-main event. The only thing I want is to step in that cage and get my work done,” she added.

Nunes let all the criticism stemming from the UFC 213 incident fall on deaf ears, opting to stay focused on the task at hand, which is to get healthy and defend her title.

“I don’t really care what people think. I train my whole life for this. I’m a fighter and I will keep training. No matter what happens, I will keep doing the same things that I do: training [for] fights — whatever people’s opinions are,” she said.

“This delay allowed me to recover and find out what is going on in all these things. When I go to another area, another climate, I always have these kind of issues,” she continued. “I was able to go to a specialist and they helped me. When I step in the cage I’m 100 percent. Every fighter wants to step in the cage 100 percent. I think I made the right decision, not fighting and getting ready for the next step,” concluded the current 135-pound champion.

To get all the up-to-date news regarding UFC 215 click here.