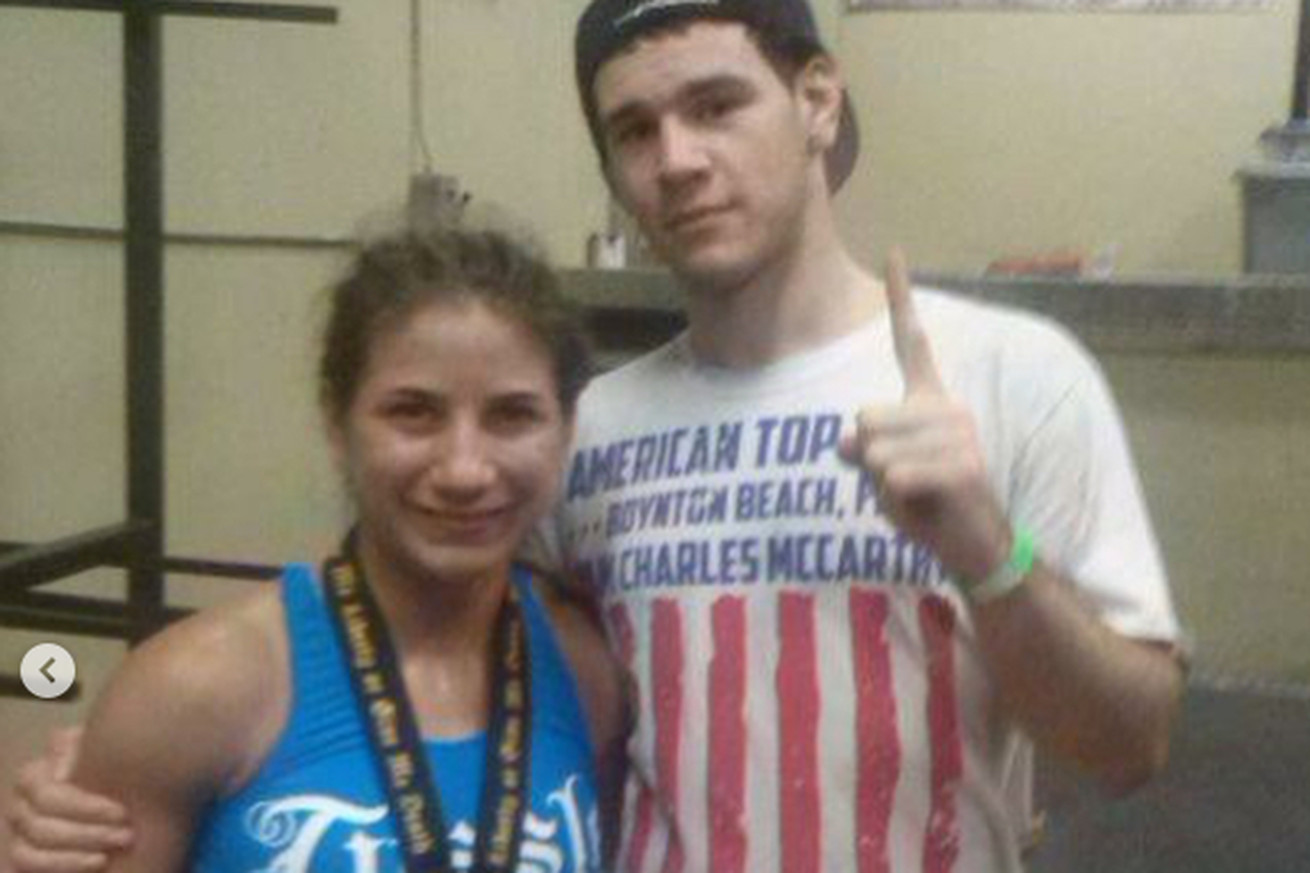 LAS VEGAS — Many members of American Top Team were already here for UFC’s annual International Fight Week when they got tragic news.

Aaron Rajman, a member of Florida’s ATT for nearly a decade, was shot and killed in a home invasion Monday, according to the Sun-Sentinel. Rajman was 25 years old.

Citing a report from the Palm Beach County Sheriff’s Office, the paper reported that multiple men entered Rajman’s home in West Boca, Fla., argued with him, shot him and drove away. The motive for the shooting is unknown.

ATT coaches and fighters were jarred when they heard what happened. Nina Ansaroff, who is here with girlfriend and training partner Amanda Nunes for her title fight at UFC 213, said she found out on social media. Ansaroff has been at ATT for eight years and knew Rajman for that long. Rajman had been at the gym since he was 16 years old.

“I remember when he was just a young up-and-comer,” Ansaroff said. “He was like one of the nicest kids. He would help anybody.”

ATT head coach Ricardo Liborio said he has been upset to be away from the Coconut Creek gym in Las Vegas with fighter Yoel Romero for a week during this trying time. He’ll be unable to attend Rajman’s funeral this weekend due to the fights. Liborio said Rajman was a purple belt in Brazilian jiu-jitsu under him and started at ATT “from scratch.”

“He was a great guy,” Liborio said. “Aaron was a sweet guy. As sweet as can be.”

Several American Top Team fighters posted tributes to Rajman on social media. Tecia Torres, who fights Friday night at The Ultimate Fighter 25 Finale, was particularly close to Rajman. Torres fought as an amateur for a promotion that Rajman ran in Florida and Rajman was her only corner for her final amateur fight, she wrote.

R.I.P @aaronrajman A beautiful soul was taken too soon. Today I have a heavy heart with the passing of my friend. I remember when Aaron went out to NC with me and was my only corner at the end of my amateur career. Shortly after I fought on one of his own mma shows and become the #1 amateur fighter at 115. Thank you Aaron for sharing those special moments. I hope this weekend to make you smile and get the W for you. Miss you bud.

Torres said she was dedicating her fight against Juliana Lima to Rajman.

“A beautiful soul was taken too soon,” Torres wrote. “Today I have a heavy heart with the passing of my friend. … Thank you Aaron for sharing those special moments. I hope this weekend to make you smile and get the W for you. Miss you bud.”

Longtime ATT fighter Ediane Gomes commented on Torres’ post: “He helped me so much. Such a good person. I am in shock. Rest in Peace my friend.”

ATT coach Mike Brown said he hadn’t seen Rajman at the gym for about six months, but knows he was training at other American Top Team affiliates. Brown said he didn’t know him as well as others on the team, but is very aware of how people felt about him.

“He was totally involved with the local scene,” Brown said. “He had his own promotion. He knew a lot of people in the game. Everybody who knows him says he’s a super nice kid, religious dude. It’s just a total bummer.”

Rajman, whose nickname was the “Matzoh Brawler,” was very active in the Jewish community. Rabbi Zalman Bukiet, the director of the Chabad of West Boca Raton, told Florida’s WPTV that the faith was a big part of Rajman’s life.

“This was a special young man who had a heart of gold,” Bukiet said. “It’s a tragedy.”

Ansaroff said she has been checking social media often looking for updates. She just doesn’t understand how something seemingly so senseless could happen to someone like Rajman.

“It’s very random and sad,” Ansaroff said. “I want to know how this happened, why this happened. No one does that. … He was a good kid. I hope whoever did this is brought to justice.”