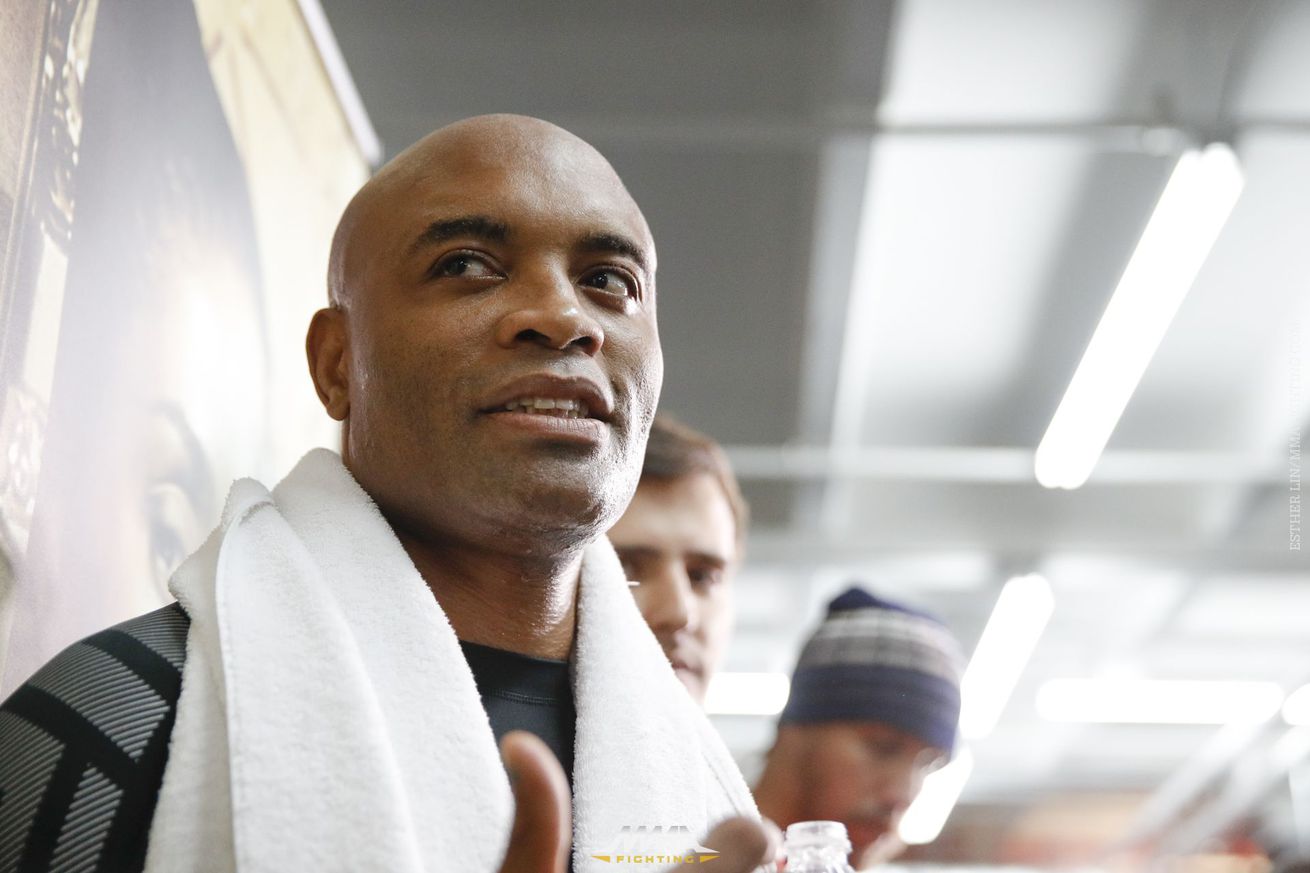 Anderson Silva said he spoke with both UFC president Dana White and then-CEO Lorenzo Fertitta when he signed his last contract. During that meeting, White and Fertitta said if Georges St-Pierre returned, the UFC would book a highly anticipated matchup between Silva and St-Pierre, Silva said.

St-Pierre has announced a comeback now. And his first fight out of the gate will be against Michael Bisping for the UFC middleweight title Silva once held for seven years.

That makes “The Spider” furious, he told Ariel Helwani on Monday’s edition of The MMA Hour.

To make matters worse, the 42-year-old Silva believes he was the rightful winner of a bout between him and Bisping last year. Silva rocked Bisping badly at the end of the third round of that fight, nearly finishing it. But the round was over and Silva was celebrating when another shot or two might have stopped Bisping. “The Count” was able to go on and win by decision.

So imagine Silva’s ire when he found out St-Pierre, the guy the UFC says he would face, gets a title shot against a man he believes he already beat. In the Brazilian’s mind, it doesn’t add up.

“Georges St-Pierre goes back and fights for the belt,” said Silva, who is coming off a unanimous decision victory over Derek Brunson at UFC 208 in February. “I win my fight in London against Bisping. Why no putting me for fight with Bisping? I don’t care for the belt, but I won the fight in London. Why no put me in the fight, because Georges no ready for fight with Bisping. What the f*ck is going on?”

Silva (34-8, 1 NC) went on to make a case for Yoel Romero and Silva’s training partner Ronaldo Souza getting a title shot against Bisping over GSP, the longtime former welterweight champ who has not competed at middleweight in the UFC.

“It’s the same with Yoel Romero,” Silva said. “What the f*ck has happened to me? I win for long time. I’m champion for long time — for years. Nothing happened. I don’t believe in nothing Dana talks, because I’m very disappointed. I’m tired, bro.”

The current circumstances Silva finds himself in isn’t one he appreciates. “The Spider” was supposed to face Kelvin Gastelum at UFC 212 on June 3 in Rio de Janeiro, but Gastelum was forced to withdrew after he tested positive for marijuana. Now, Silva is without an opponent for a card in front of his Brazilian fans and the UFC, he said, is not presenting him with any desirable options.

Silva said on The MMA Hour that he will retire unless the UFC books him in an interim middleweight title fight against Romero at UFC 212.

“I’m far too old and I’m done, bro,” Silva said. “I’m sorry. I know I need to respect my fans — I respect my fans. I’m sorry guys. I love the sport. I love fighting. Fighting is my life. But it’s too much bullshit. “

Silva said he’s “disappointed” in White and he’s ready to walk away, disenchanted by the entire situation. He said he’s been spending money on a training camp in Rio and might not get an opponent when he could have been working on outside-the-cage gigs.

Silva called White a “good man,” but says he talks a lot and broke a lot of promises. “The Spider” said it boils down to disrespect, toward him and others.