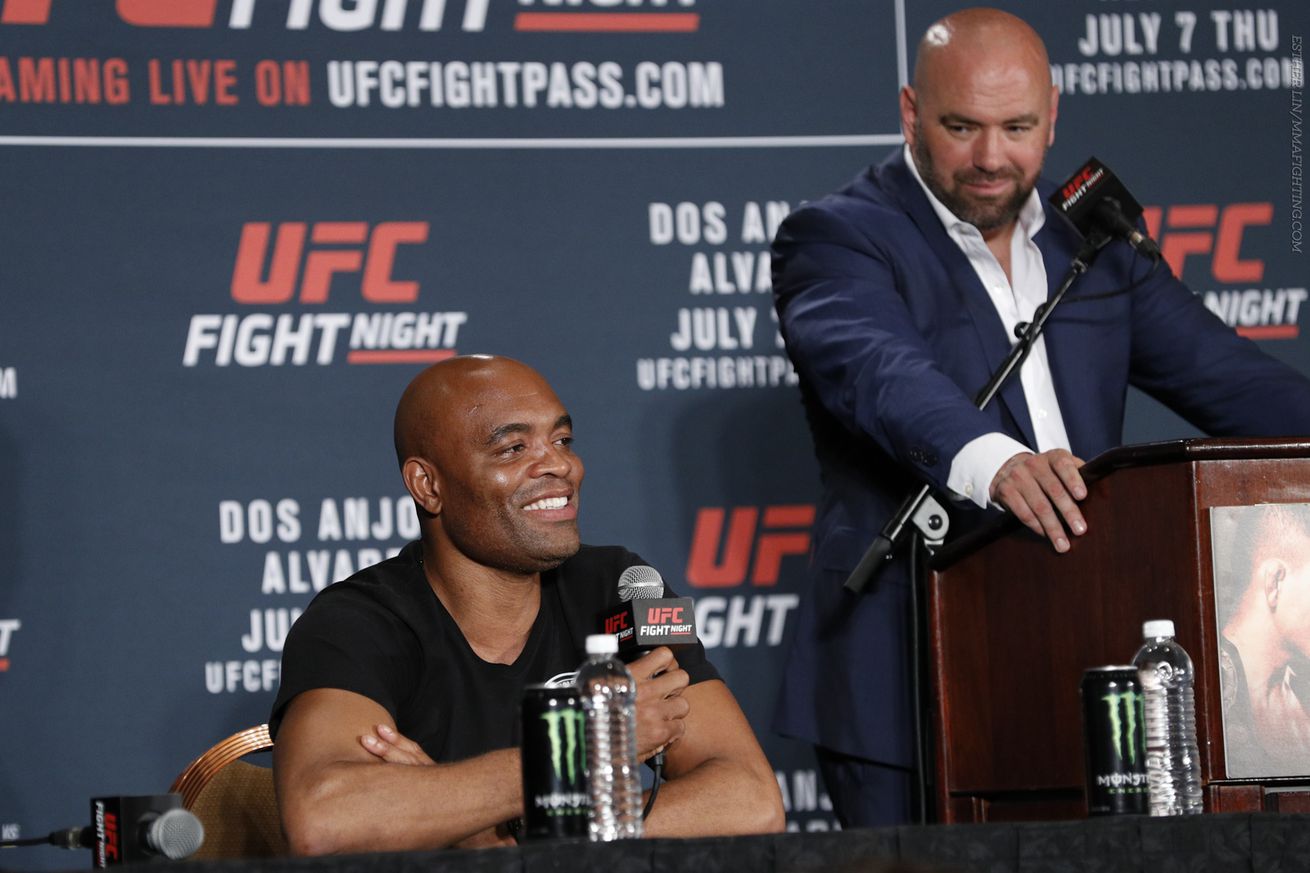 More than a decade after making his UFC debut, former middleweight champion Anderson Silva is witnessing a series of changes in the promotion.

After WME-IMG paid over four billion dollars to purchase the company from Lorenzo and Frank Fertitta, the Brazilian star, who hasn’t yet fought under the new owners, believes the UFC is going in a different direction.

“I think they just took a big risk because the face of the UFC was always Dana (White) and Lorenzo,” Silva said Thursday on Brazilian TV show Combate News. “When you don’t have Dana and Lorenzo, the good cop and the bad cop, it’s kind of up in the air. But let’s be positive. I believe everything will be alright.”

“The Spider” is optimistic, but believes that the way WME-IMG views the sport is the reason why fighters like Ronaldo “Jacare” Souza haven’t gotten a shot at the UFC championship yet.

“It’s a company that is worried about entertainment. It’s not a company with a history in martial arts, the philosophy of the fight,” Silva said. “That’s one of the reasons why ‘Jacare’ is not fighting for the title because, for them, it’s not something profitable, that will bring the entertainment they need.

“This is what they did their entire lives, work with entertainment. We have to understand that. It’s hard because we think about the martial arts, what is correct. For the show, some fights make sense and others don’t. They end up losing some fans but gain some.

“I think they are trying to make it more entertainment and and less martial arts,” he added. “MMA doesn’t have the martial art philosophy, but it’s becoming less sport and turning into entertainment.”

Silva might not agree with the direction the UFC is going, but that could benefit him. The Brazilian headlined an event in London against Michael Bisping a year ago. “The Count” would go on to become the 185-pound champion months later, and the controversies surrounding that five-round bout could lead to a rematch.

“I’d really like to fight Bisping,” Silva said. “I think I deserve to fight Bisping, for the belt or not, for everything I’ve done in the sport, but that’s not something that will change my life if it doesn’t happen.

“‘Jacare’ is in the line, fighting, going after this (chance). But for the UFC it’s a business, and for the business (side), I believe a rematch with Bisping for the belt would sell more. By the sport’s rules, ‘Jacare’ is the one who should fight for the belt now.”

Silva will be 42 years old when he returns to the Octagon, and he guarantees that regaining the UFC title is not a priority. But if he gets a shot at the belt and beats Bisping in a rematch, he would just hand the title back to the UFC and leave the division.

“If I fought for the title and won, I’d leave the division,” “The Spider” said. “Maybe fight one or twice more, move up (to light heavyweight) or go down (to welterweight). We’ve done some tests with my team and the lowest weight I made was 170, 171, so that could be a possibility.”