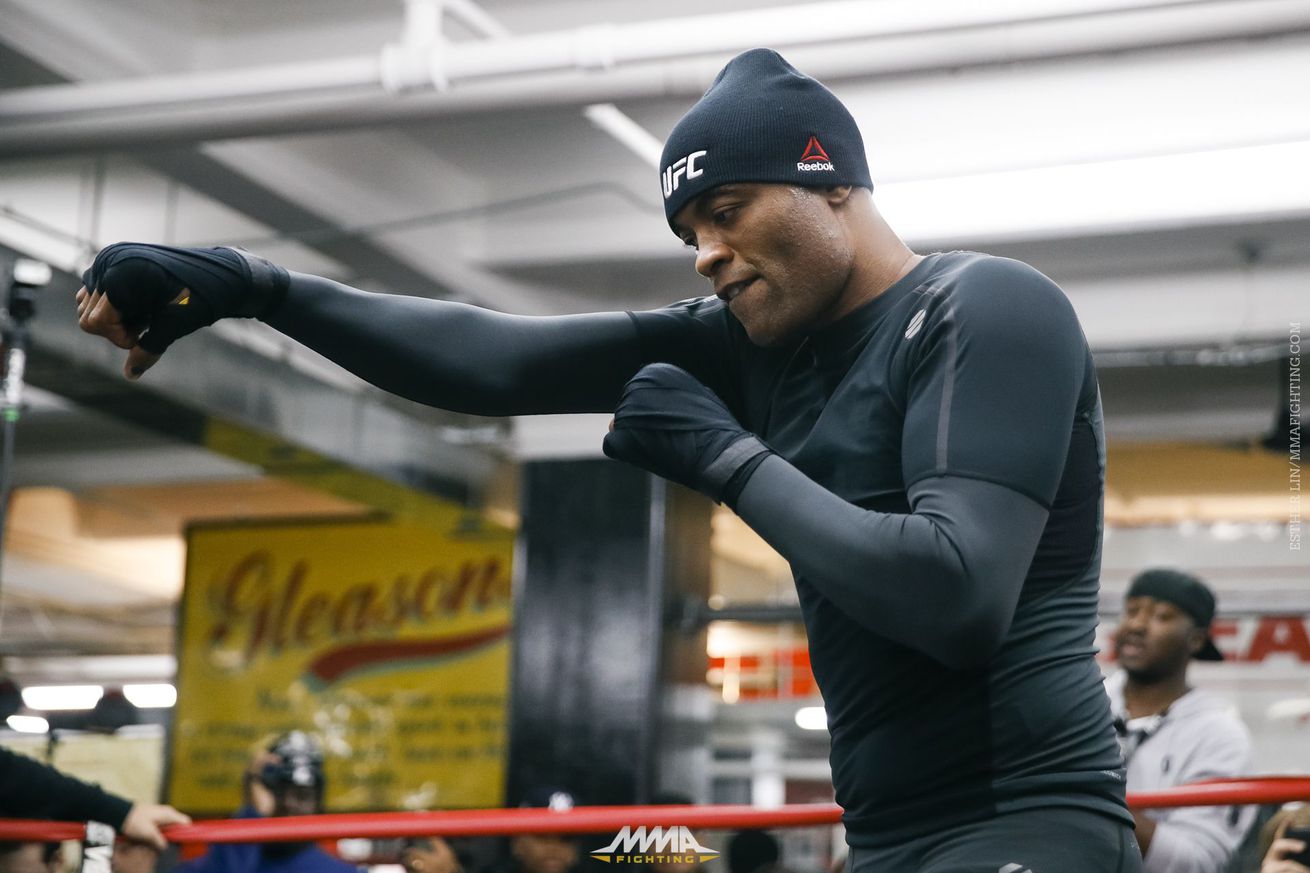 NEW YORK – It seems like eons ago that Joe Rogan uttered those prophetic words to his good buddy Mike Goldberg, as if the future of fighting had just crystallized before him and everything else was now obsolete: “This is a different kind of striker.”

They were directed at Anderson Silva, right after Silva took apart Chris Leben in 49 seconds. Silva’s debut was an eye-opener. Heading in people were half-enamored with Leben’s it’s-2am-outside-the-bar fighting style and attitude, particularly Leben himself. He wanted to showcase on the Brazilian, who was coming over from Japan with plenty of happy superlatives. Yet shortly after Goldberg said, “wow, Silva’s one intense dude,” Silva just kind of let the general “wow” hang in the air for the next minute. He styled on Leben’s face with a sniper’s jab, a head kick, and finally, from a vicious plum, a knee that he drove right through Leben’s brow. He cut angles with the same sharp precision as he landed his shots.

That night, June 28, 2006, was the beginning of a 16-fight run that earned “The Spider” the only four-letters worth fighting for: GOAT.

People forget Silva was already 31 years old when he fought Leben. That was ten-and-a-half years ago. This weekend, when he takes on Derek Brunson at UFC 208, he’s trying to rediscover some of that magic, even if the fight game has shown us so many times that the rabbit isn’t like to return to the black hat once out. Silva’s now 41 years old. He’ll be 42 in April. He is seemingly a million miles from a title shot. He hasn’t won (officially) in four years. He has watched his leg snap in half, and his swagger dissipate in an instant while trying to psyche out a psych major from Hofstra.

Still, there’s a mystical feeling to Silva, who from 2006-2013 dominated a sport where there are so few real masters. There’s still a feeling of a detour in play, that we’ve been just navigating around a construction zone trying to get back to that main road, which is smooth and heading in the familiar direction.

This week he’s been dressed in black.

At the media day in Brooklyn on Wednesday, there was a joke that he was dressed as a “hacker,” with his dark jacket tails and long sleeves. At old Gleason’s Gym on Thursday, right in the shadows of the Brooklyn Bridge, he looked more like a superhero dressed in skintight dry-fit. The old boxers in the gym stopped and watched Silva shadow box and jump rope. He wasn’t a boxer or a mixed martial artist, but one of fighting’s great auras. “Who is that?” one of them asked. “That’s Anderson Silva,” another one said.

“He was the champion.”

Was is a word that stings a fighter who still believes he can do it. Silva still believes he can do it. At least, he says he does. He’s halfway through a 10-fight contract with the UFC, and he says he intends to fulfill it. But that’s not all. There are other words…Title…Champion…King. Silva has more than a knapsack of old memories, he has intentions. He says he wants to work his way back to the top, a top that became less far-fetched when Michael Bisping beat Luke Rockhold last summer. Maybe it’s not intentions but delusions. Brunson is a feast or famine fighter. The crowd gathered on a snowy Thursday cherished its glimpse at Silva, who played it up. Brunson was no-nonsense. He went through his mitt session like someone who is.

Whatever happens at the Barclay’s on Saturday night, there’s a great career winding down in the young sport of MMA. With the galvanizing forces of Ronda Rousey and Conor McGregor breaking through in ways that the old guard never could in the last few years, Silva has remained a kind of bigger than life presence. People haven’t — and soon will — forget those performances. As he worked out at Gleason’s, everybody was seeing the same thing.

It was how he took out Rich Franklin at UFC 64 to win the belt, using a missiles-to clinch game that truly hadn’t been seen to such devastating effect in the Octagon. It was how he responded to losing the first round against Dan Henderson in Columbus…and the night he personally went head-to-head with James Irvin and Affliction, punching a hole in one and helping to bring down the other…it was the time he went berserker in Abu Dhabi against Demian Maia, and Dana White threatened to cut him…it was the Chael Sonnen series, which at the time turned into the biggest rivalry in fighting.

You could still see the Phantom of the Opera mask, still see the Michael Jackson impersonations, the Big Macs. Silva had the movement to bewitch Forrest Griffin in Philadelphia, and bring the UFC back to Brazil after a decade away against Yushin Okami. Goddamn Anderson Silva, who front-kicked Vitor Belfort’s head in a way that still seems impossible.

One of the onlookers at Gleason’s said, “fighting’s weird man, one day you wake up old.” Silva was on top of the MMA world for many years, and then one day he wasn’t. He couldn’t solve Chris Weidman. He beat Nick Diaz, and then he didn’t. He had Bisping out, and Bisping still won. He volunteered against Daniel Cormier on two day’s notice, and Cormier wisely opted not to strike with him. Why would you? The man is a different kind of striker. Or at least he was.

The tenses are still in play, at least for a little while longer. And so is the other half of the notion. That Anderson Silva remains one intense dude. Even towards the end, he knows what to do with “wow.”