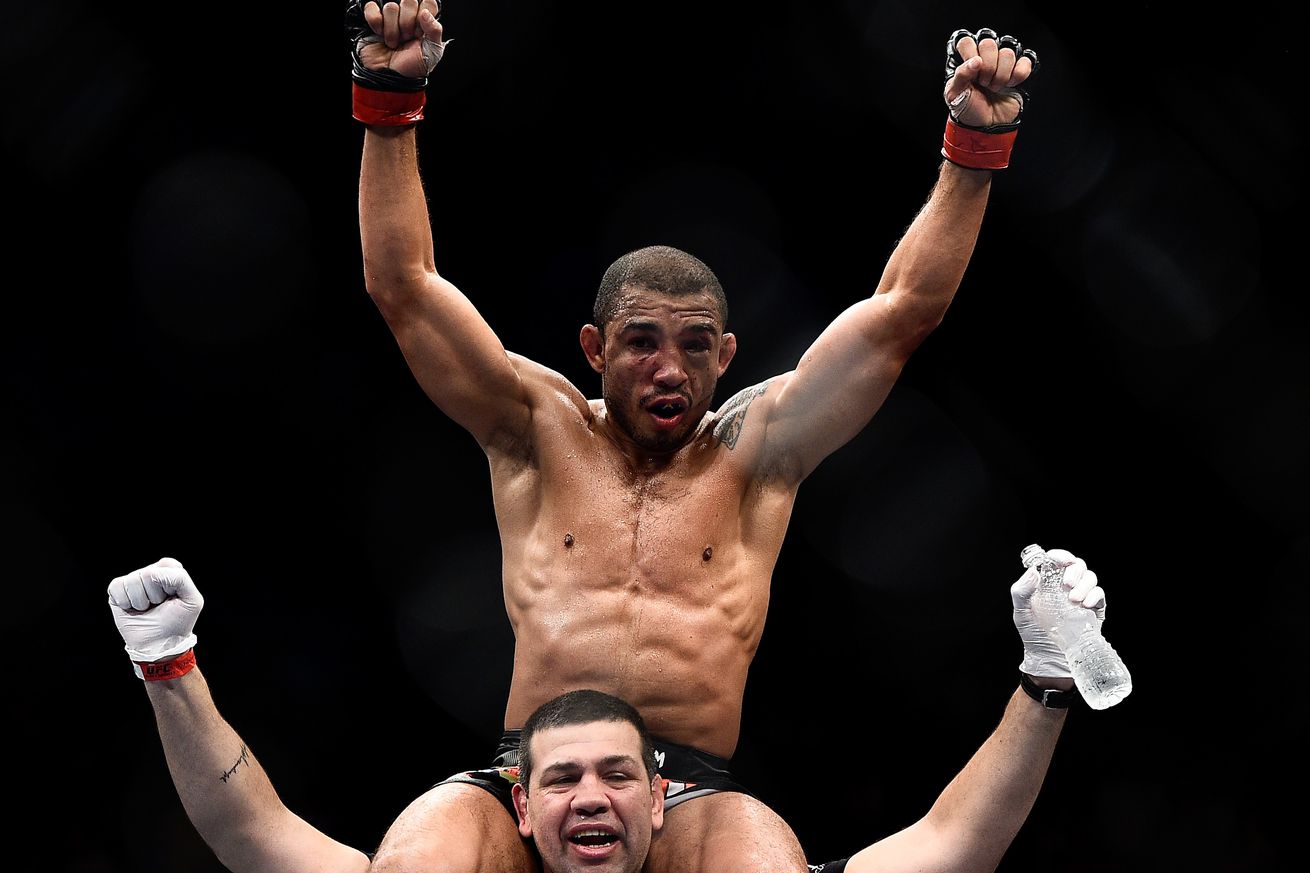 Brazil’s elite mixed martial arts (MMA) team Nova Uniao has come under fire of late, not only because their premiere fighters Renan Barao and Jose Aldo have lost their UFC belts, but over accusations of performance enhancing drugs (PEDs).

Aldo’s coach Andre Pederneiras lashed out at Joe Rogan and Brendan Schaub last month following suggestions on the JRE podcast that the former featherweight champion looked “deflated” prior to UFC 195.

Although Rogan has since apologized, the Brazilian coach continues to fight rumors that his camp rose to the top through the use of PEDs.

Pederneiras spoke with Portal do Vale Tudo to suggest the accusations are based almost entirely on jealousy (Portuguese translation made with some assistance from Bloody Elbow):

“I think it’s jealousy* with a team that continued in Brazil, continued training, continued taking poor people and making them into champions. It hurts too much for them, who were nurtured when they were small children, received high-level training and lost to Brazilian athletes who did not have any of that. You think you have more athletes able to win an Olympic medal here or in the U.S.? You think you have more laboratories here that can create substances that are not caught in doping in Brazil or the United States? Here’s my answer. You accuse me of something and I have much less knowledge than all of you who are accusing me, because [U.S.] have more experience, they have many Olympic champions, numerous world champions, and we have very little. So if we would have access to it, my access today wouldn’t be up to date with any country that has spent a long time in the sport winning several medals.”

* – Bloody Elbow reported this as “butthurt” but that colloquialism doesn’t exist in Portuguese. His translation was closer ….View full article