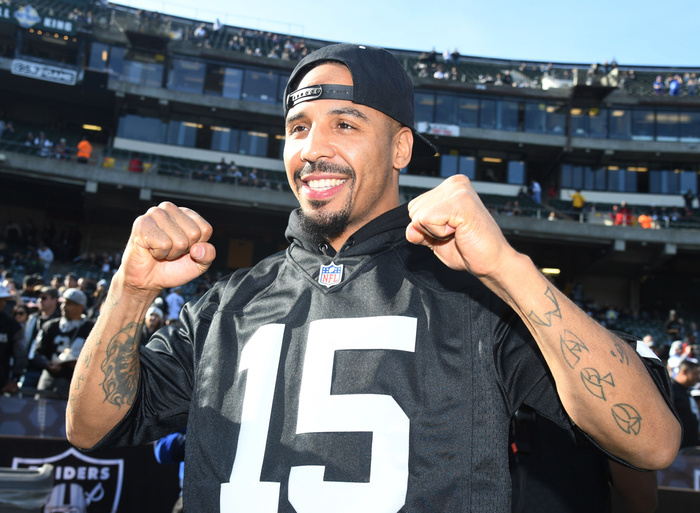 Andre Ward and Sergey Kovalev did nothing to repair relations between America and Russia while promoting their June 17 rematch on Monday in midtown Manhattan.

Nobody mentioned hacking, Syria, or the alleged blackmail of a sitting president, but Kovalev’s feelings on the defending IBF/WBO/WBA light heavyweight champion, their first meeting, and the sequel could fill a Russian novel.

“I lost respect for him,” Kovalev, speaking through a translator, said of Ward, who won a controversial unanimous decision over the Russian when the two met in Las Vegas back on Nov. 19. “The way he acts, I feel like he’s walking around with a crown on his head. He thinks he’s something. I don’t like him. There’s no reason to like him.

“Every time he looks at me, I just want to punch him in the head,” Kovalev added.

The trash talk might not be a bad thing for promoters. Ward-Kovalev I generated only about 160,000 purchases for HBO Pay-Per-View—a disappointment for two such highly-regarded fighters. If the sequel is going to be more lucrative, genuine hostility couldn’t hurt.

That kind of animosity isn’t unusual for Kovalev, who has made a habit of feuding with opponents in the months ahead a fight. Even before their titles were unified in November, Kovalev (30-1-1, 26 KOs) complained that Ward (31-0, 15 KOs) had snubbed him during some pre-fight promotions.

But if that irked Kovalev, losing to Ward after scoring the bout’s only knockdown has been far more annoying. Throw in Ward’s brief flirtation with retirement—something Ward described as a “real” consideration—and Kovalev is willfully accusing Ward of being “scared of a rematch.”

“A week or two week before the fight, he might say he has an injury and not fight,” Kovalev said.

The usually soft-spoken Ward insisted any talk of retirement is “off the table,” but he really took exception to Kovalev’s interpretation of their first meeting.

“There’s nothing in me that’s questioning myself: Did you win?” he said. “It was a close fight that I won. There was no robbery.

“He got to realize, I’ve been boxing for 23 years,” Ward continued. “I just fought this man for 12 rounds. And contrary to what may be out there about him, there’s nothing scary abut him. He didn’t knock me down in the ninth and 10th round, and I’m holding on for dear life, and ‘Oh my God, I barely made it.’ He knocked me down in the second round, and if you watch the rest of that fight, I didn’t go into survival mode. I didn’t go into self-preservation mode. I went into ‘it’s gonna be me or you’ mode. And I don’t feel like ‘The Krusher’ responded the way that many felt he was gonna respond.” 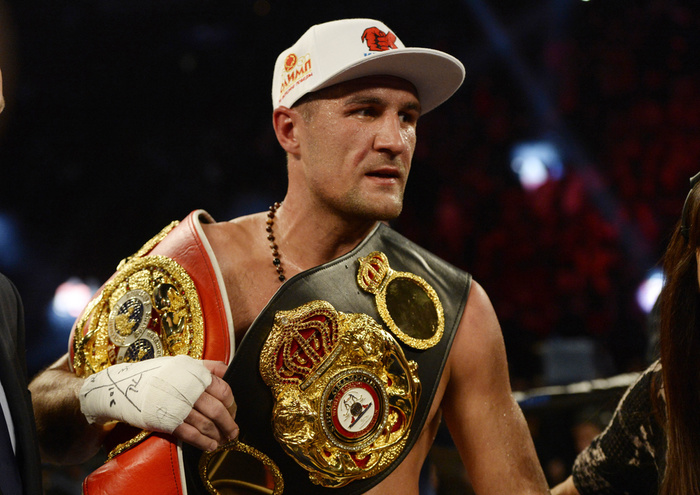 Kovalev probably wouldn’t agree with anything Ward says right now, but the former Olympic gold medalist wasn’t wrong. Not one of the judges had Kovalev winning any of the final five rounds, and it appeared as though Ward was getting stronger as the night progressed.

The problem, Kovalev explained somewhat humorously, was that he may have taken Ward too seriously.

“I overrate Ward in the first fight and I think I overtrain,” Kovalev said. “I did way too much. I thought: ‘That’s the fight of my life and I will train myself for that fight.’ Now I know what I need to do to beat him.”

What he can’t do is rely on the judges in Las Vegas on June 17.

“I don’t want the fight to go to the judges again,” said Kovalev. “I want to make it short because I don’t think I’ll get a decision.”

Kovalev has complemented his trash talk with his own brand trash Tweeting.

He reminded fans that he connected more total punches and power punches than Ward did last November. But that tweet was benign compared to what he wrote on April 4: “Be ready motherfucker! I’ll finish your boxing career.”

The one that really got to the devoutly religious Ward—known as “Son of God”—has since been deleted. Not only did it include a picture of Kovalev standing over a kneeling Ward, following the second-round knockdown, but the tweet read: “AndreSOK ‘Son of Kovalev’. Pray to me.”

“I’m a believer in Jesus Christ,” Ward, 33, said Monday. “I don’t push my religion, my faith on nobody. But he messed up.

“It just speaks to the arrogance,” Ward continued. “Pride comes before the fall… You got to be confident in this sport, and obviously there’s confidence, but it’s arrogance. That’s what’s gonna cause him to walk into something, the arrogance.”

Kovalev, 34, was brief when asked for predictions for Ward-Kovalev II, other than making it clear that he has no respect for his opponent.

“I feel like what’s going to happen is gonna be academic,” he said. “He’s going to make adjustments. He’s going to try and be better than he was the first time. Obviously my goal is to do it in a more definitive fashion.”

The goal of promoters Roc Nation Sports and Main Events is to avoid squandering a second chance at a historic matchup. Unlike the last fight, there is no agreement for another chapter of Ward-Kovalev, and there’s no telling when either fighter could decide to retire.

If they can’t succeed with Ward-Kovalev—a bout between two of the world’s best, pound for pound—then boxing in the United States could be in serious trouble.

“I feel more heat this time already,” said Main Event’s Kathy Duva. “I feel more interest, people are excited about it, more so than the first time. It had an awful lot going against us and it wasn’t just [Manny] Pacquiao fighting a week before. It was the election. It was everything that was going on. The NFL was down 20 percent. Everybody got affected. This time it’s a little different.”

At Just 7-1, is Vasyl Lomachenko the World’s Best Boxer?

Evander Holyfield Will Box a Former Nigerian Politician in May

It’s Not a Cliché: Everyone’s a Winner at Golovkin-Jacobs