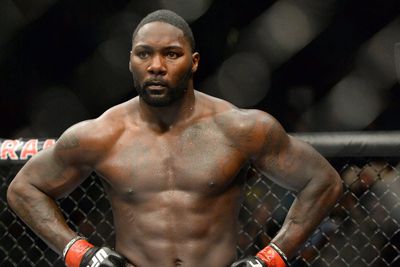 According to Ultimate Fighting Championship (UFC) light heavyweight Ryan Bader, former division No. 1 contender Anthony Johnson wasn’t that interested in fighting him and that any mumblings of a potential “Rumble” were fabricated by the mixed martial arts (MMA) media.

That said, Johnson doesn’t want there to be any miscommunication between the two and shot down any notion that Bader is next in line for a light heavyweight title shot. In fact, he even went ALL CAPS to let “Darth” know this is an official call out.

Just read that Ryan Bader said he’s the number one contender. Well, imo, he isn’t by any means. How can a true athlete feel that he/she is the next best in line for a title shot when they haven’t fought anybody in the top 3 of rankings? Have some pride! Don’t run or hide… Let’s fight to see who’s the real number one contender. I WANT TO FIGHT YOU RYAN BADER! I respect you and your abilities, but LET’S FIGHT AND SEE WHO’S THE REAL NUMBER ONE CONTENDER! Are you up for the challenge? I’ll be waiting, Sir…

Notice has been served.

Bader, fresh off his win over Rashad ….View original article