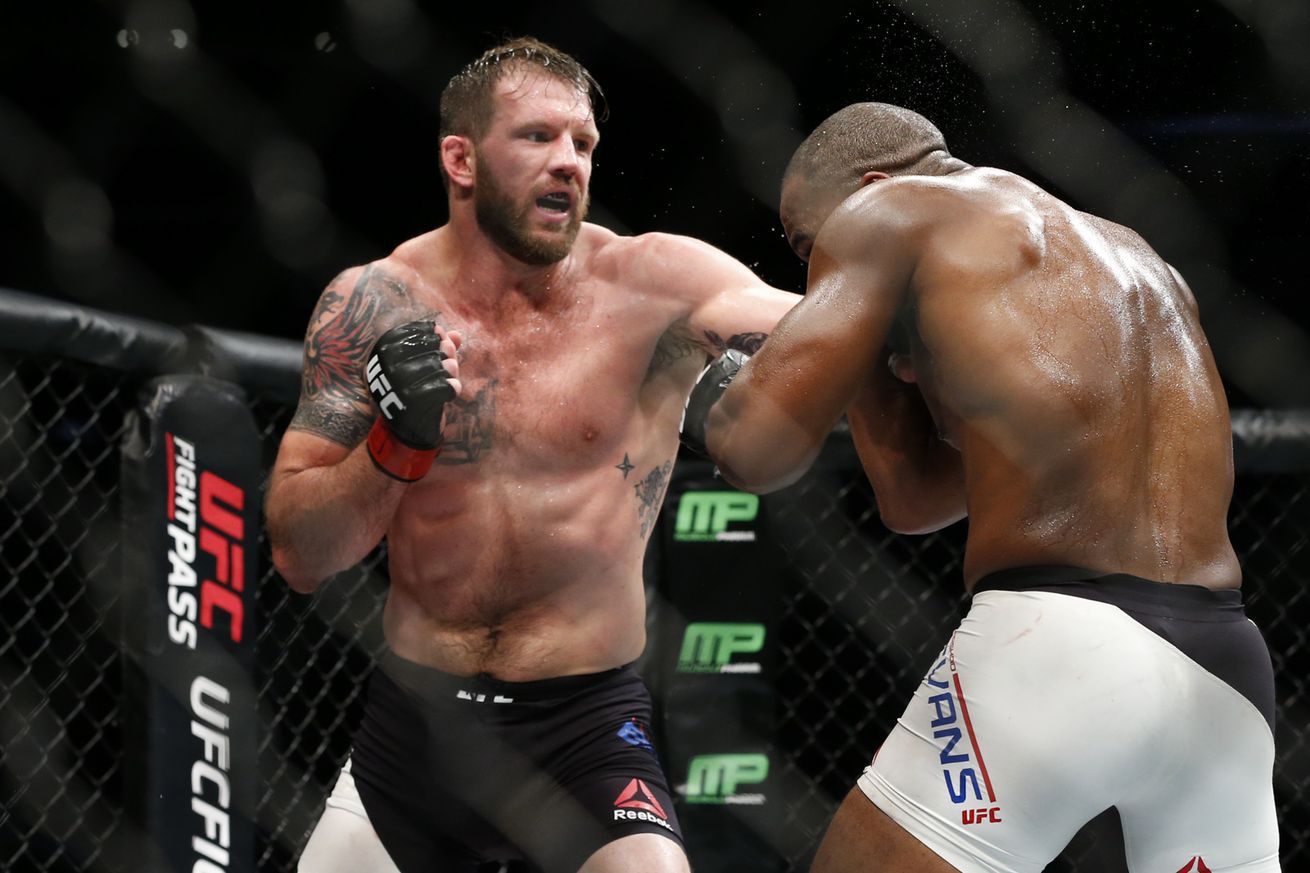 As Anthony Johnson sees it, it’s simply because “Darth” doesn’t have enough quality wins to speak of. As “Rumble” told FOX Sports, Ryan — or any other fighter — needs a win over a top-three foe to warrant a shot at the division strap.

“I respect Bader. He’s on a five-fight win streak and I came into the UFC on a three-fight win streak and I got a title shot by my fourth fight, so I understand where he’s coming from. He feels like he should be the next in line for a title shot, but at the same time, I think you have to beat somebody in the top three to say something like that. I fought Alexander (Gustafsson) and he was No. 2 and I beat him to make sure I was legit to be a title contender. I feel everybody should go that route.”

That’s because a win over the aforementioned Johnson at UFC on FOX 18 in Newark, New Jersey, will not only give him his sixth straight, but also earn him a win over the No. 2 ranked fighter at 205 pounds. Which — according to “Rumble” — should finally be enough for an invitation to the big dance.

The big boss seems to agree.