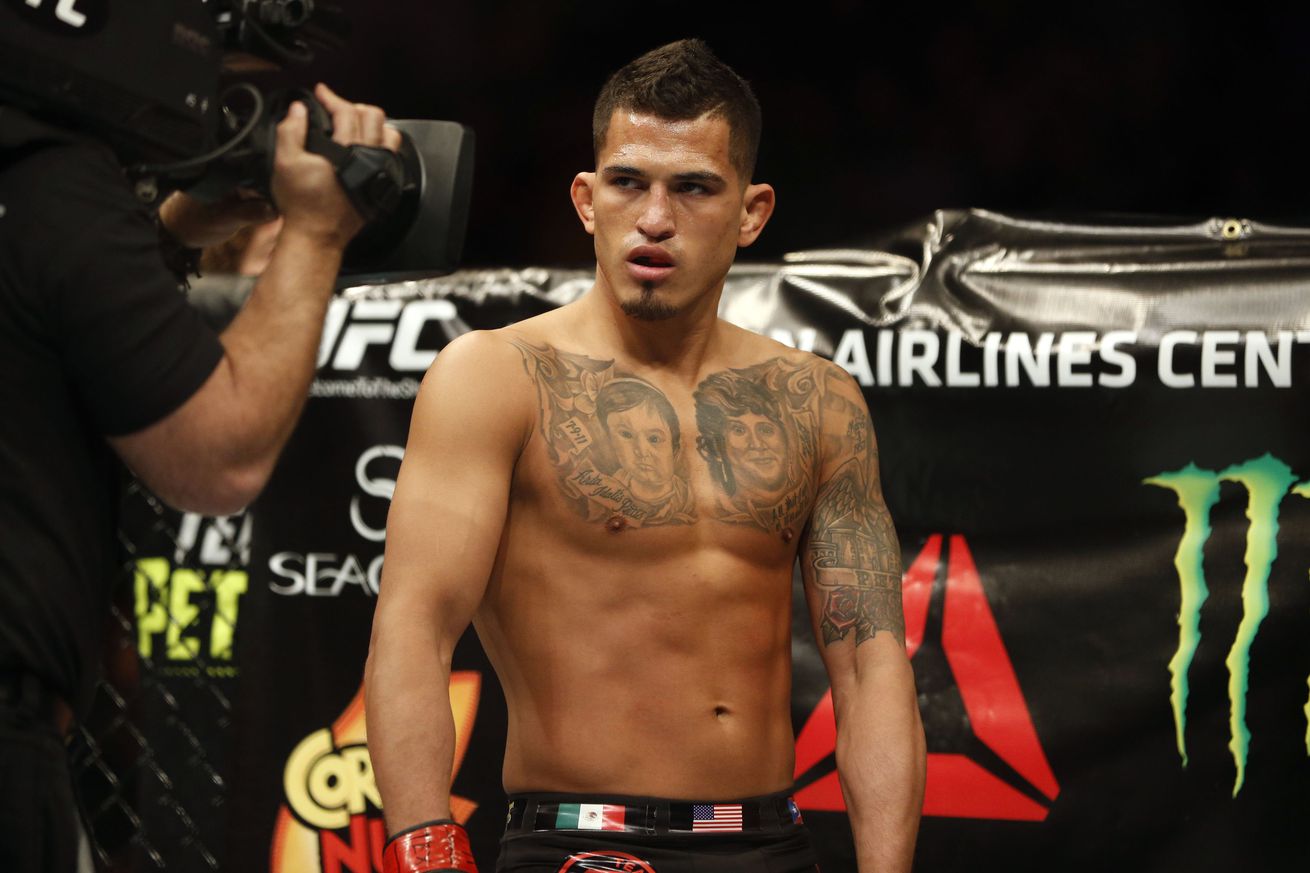 Anthony Pettis made his successful featherweight debut at UFC on FOX 21: “Condit vs. Maia” a few weeks ago in Vancouver, British Columbia, Canada, submitting Charles Oliveira in the third round (see it).

After the win, “Showtime” declared his intention to stay at 145 pounds for the time being, as he is out to become the third man to ever win two different titles in as many divisions under the UFC umbrella.

And he’s willing to take on the toughest competitors in the division to get him to a championship fight, as he took to The MMA Hour to express his desire to face No. 3 ranked Max Holloway at UFC 205 on Nov. 12, 2016 in New York.

“I’ve made my decision, I think me and Max Holloway would be a great fight. He’s sitting there on the sidelines waiting for a title shot, as well. He’s No. 3 in the world at featherweight and that’s the guy I would love to see myself fighting at 145 pounds. But then at 155 pounds, there are still good fights for me, too. I just have to sit down and figure it out.”

Nov. 12 is a significant day for the Pettis family, as it marked the day Anthony’s father was killed. For the former lightweight champion, fighting that day in Madison Square Garden would be mentally good for his family.

“New York City, Nov. 12. There are a lot of special things for me on that day. Nov. 12 is the day my dad passed away. That was rough day for my family. So with a Madison Square Garden fight, that day, it would be awesome to be on the card and make that day a special day for my family, and not have to remember, I mean, we are still ….View full article