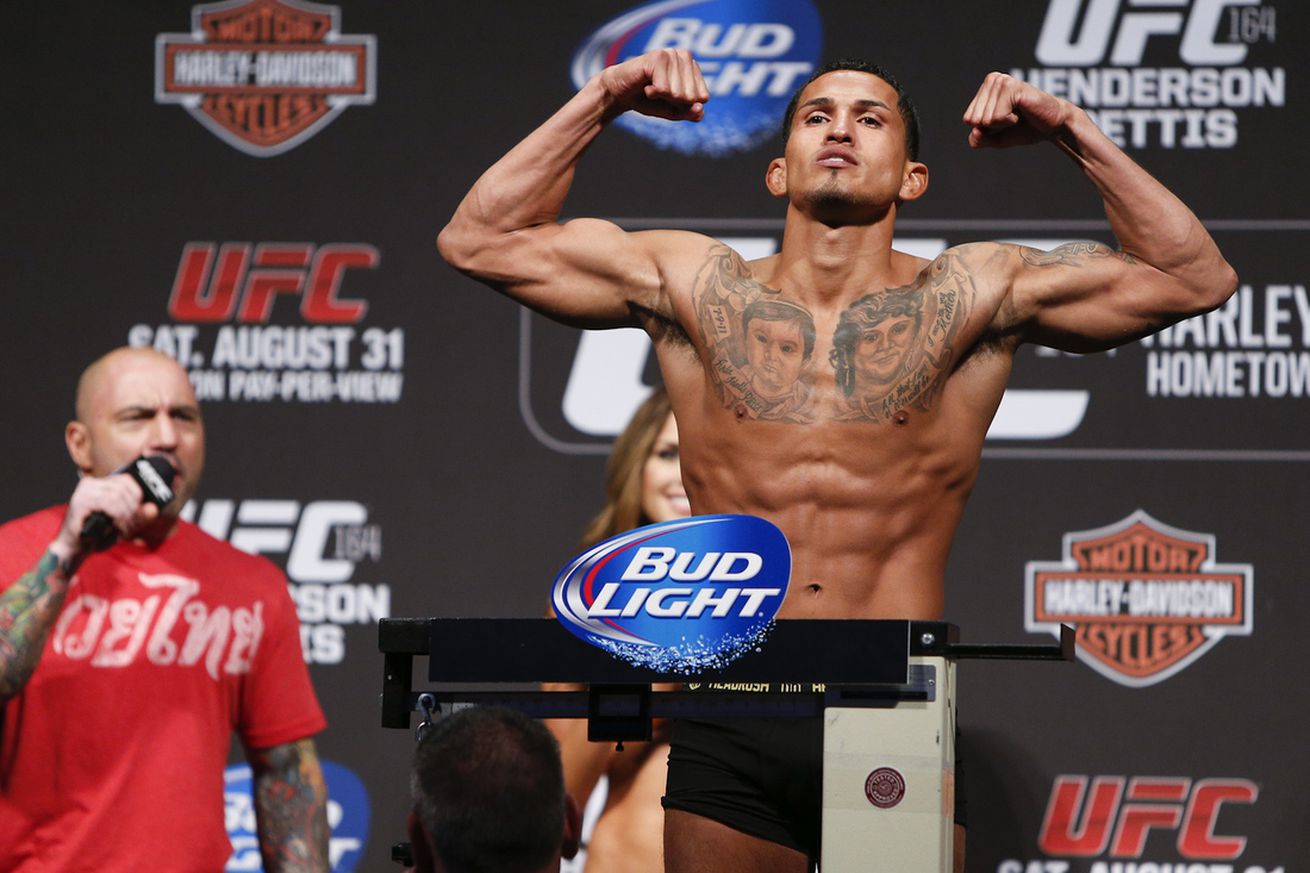 Former UFC lightweight champion Anthony Pettis is on the move – to the featherweight division.

Taking to Instagram, Pettis posted a picture of himself alongside some of JacksonWink MMA’s finest, hashtagging “145 in the works.”

Kawa added that Pettis will enlist the help of Mike Dolce to oversee the weight cut. While nothing is official just yet, Pettis is hoping to debut in the 145-pound class in August of this year.

After winning and defending the UFC lightweight title, Pettis fell on hard times inside the Octagon. He dropped the title to current champ Rafael dos Anjos in March 2015 at UFC 185, and he hasn’t bounced back since.

In 2016, Pettis has lost back-to-back fights. At UFC Fight Night 81, he lost a split decision to Eddie Alvarez. He followed up that effort with another disappointing showing, losing via unanimous decision to Edson Barboza at UFC 197.

Now, Pettis looks to bounce back from this three-fight skid at 145, where challenges such as Jose Aldo, Conor McGregor, Frankie Edgar, and other notable stars await.