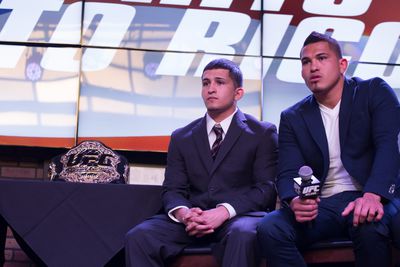 And when you hear his explanation, you’ll understand why.

It worked out well for them the first time they competed on the same card, as both Anthony and Sergio Pettis came out victorious at UFC 181 last December.

Three months later, the encore show didn’t go as well for the talented Pettis brothers, as Anthony — the former Ultimate Fighting Championship (UFC) lightweight champion — and Sergio both came up short in their respective fights at UFC 185 just a few weeks back.