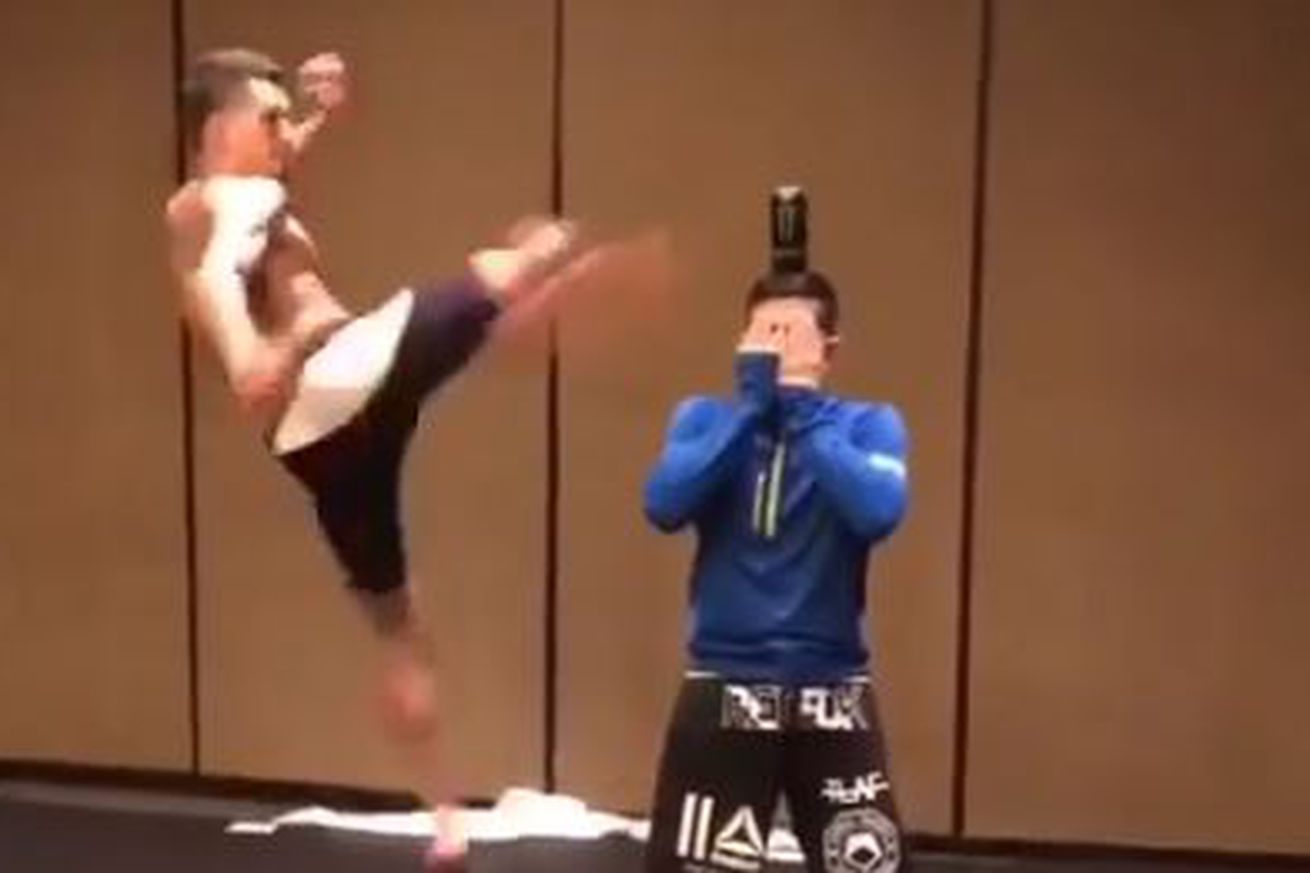 There’s nothing like some brotherly love between Anthony Pettis and Sergio Pettis. Unfortunately, for Sergio, his older brother set him up perfectly during a training session at UFC Fight Night 81.

On the first attempt, Anthony Pettis kicked a can brilliantly off his brother’s head.

#Repost @monsterenergy with @repostapp. ・・・ When @showtimepettis tells you to stand still… You STAND STILL! # Don’t miss all the action go down in the @ufc Octagon Sunday January 17th at 10pm ET on @fs1! #TeamPettis #UFCBoston #UFC #MonsterEnergy

The second attempt though Anthony’s aim was a tad off against Sergio. Poor, poor Sergio had no idea.