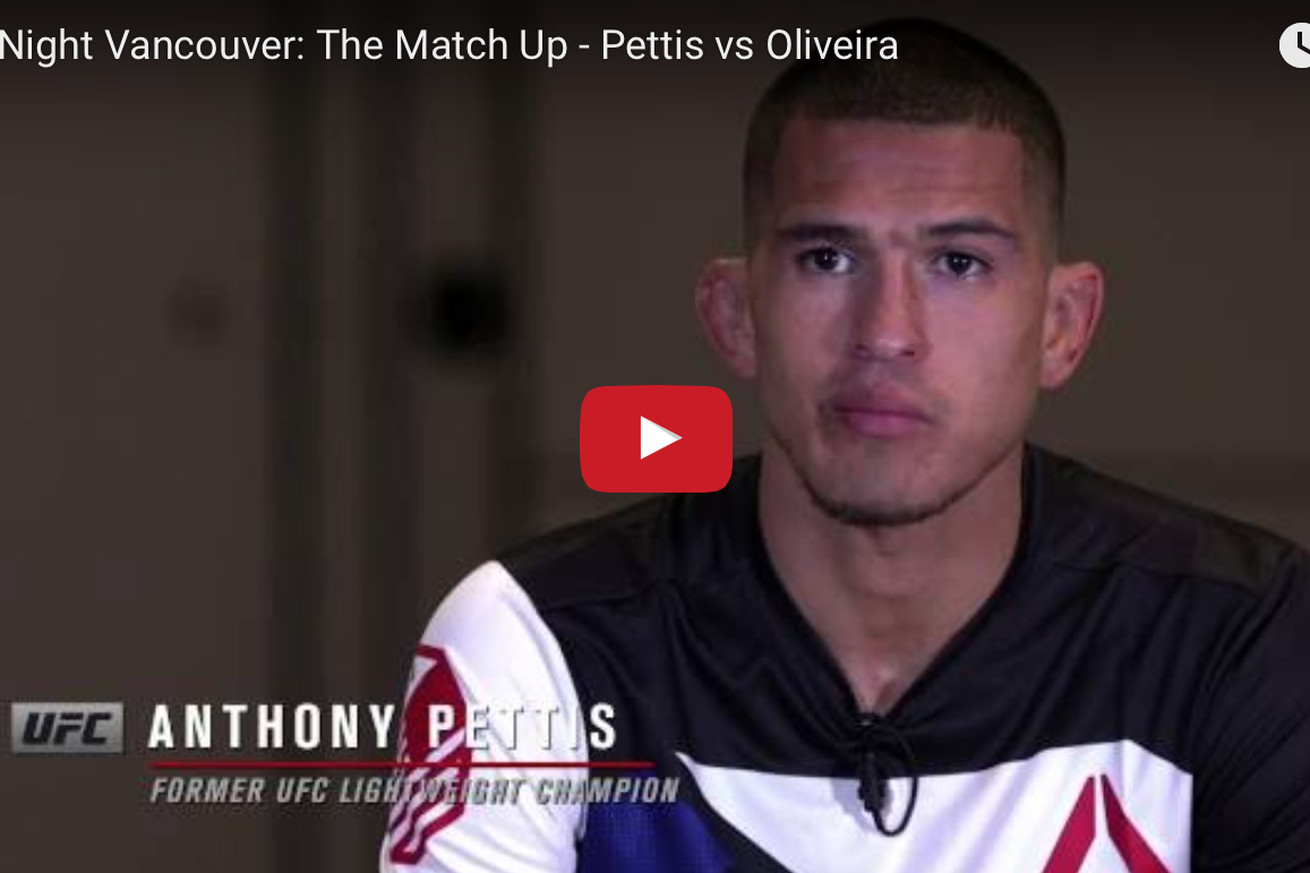 Pettis (18-5) was riding high as lightweight kingpin thanks to a five-fight winning streak, one that included four consecutive finishes. Then came a lopsided loss to Rafael dos Anjos at UFC 185, followed by another two goose eggs opposite Eddie Alvarez and Edson Barboza.

Oliveira (21-5) also set sail for lighter waters after getting knocked around in the 155-pound division. While he didn’t get off to the hottest of starts, “Do Bronx” has now won five of his last six, including his submission victory over Myles Jury at UFC on FOX 17 last December.

Check out their full fight video preview above.

MMAmania.com will deliver LIVE round-by-round, blow-by-blow coverage of the entire UFC on FOX 21 fight card tonight (click here), starting with the UFC Fight Pass “Prelims” matches online, which are scheduled to begin at 4:30 p.m. ET, and then the remaining undercard balance on FOX at 6 p.m. ET, before the FOX main card start time at 8 p.m. ET.

To see who else is fighting at UFC on FOX 21 click here.