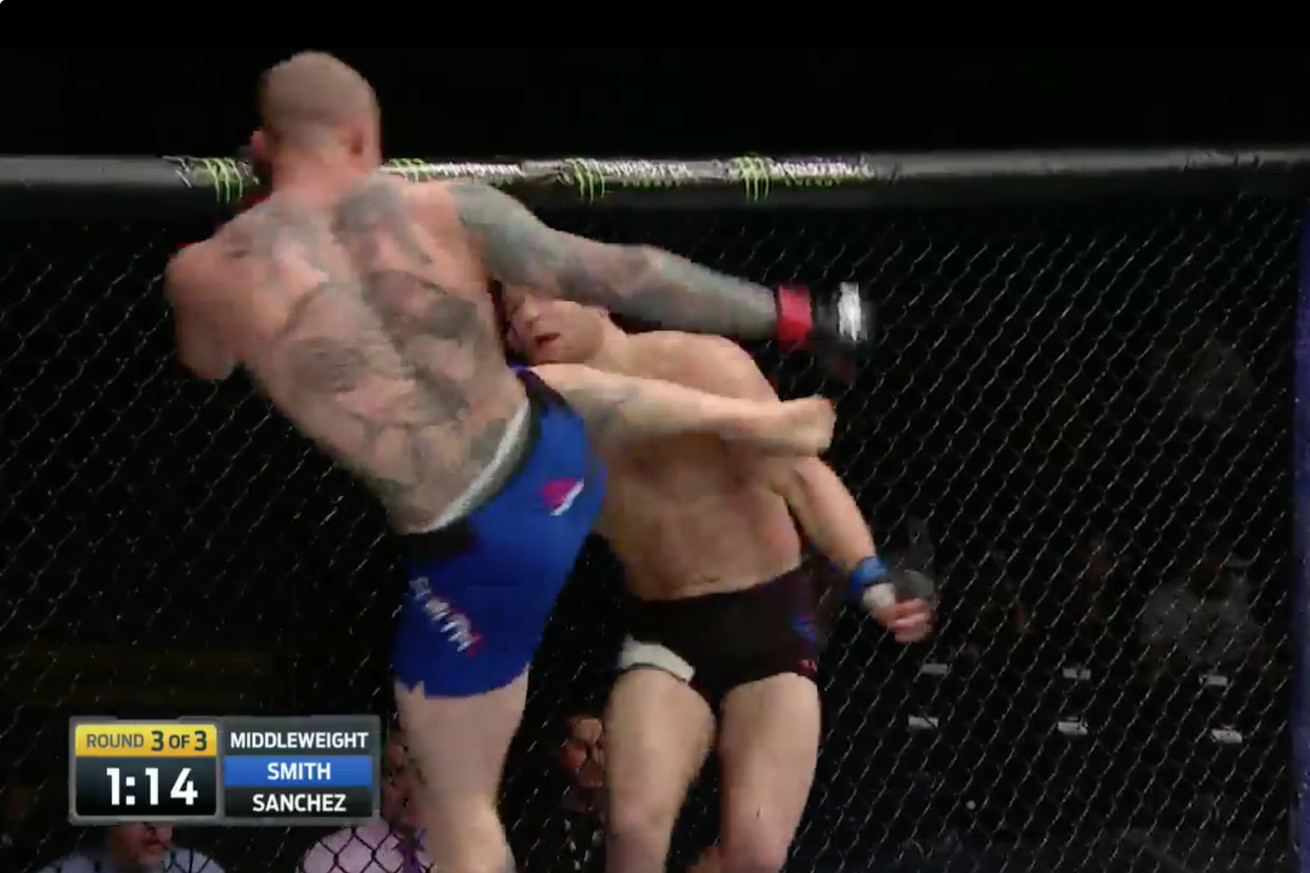 Anthony Smith pulled off one of the wildest comebacks of 2017.

In his middleweight fight against Andrew Sanchez during the UFC Fight Pass preliminary portion of Saturday’s UFC on FOX 24, Smith found himself entering the third and final round of the fight needing to a finish after being controlled by Sanchez in the opening two rounds. But despite the odds not being on his favor, Smith was able to connect with a series of punches followed by a head kick to stop Sanchez with just a minute remaining in the fight.

With his comeback win over the TUF 23 champion, Smith improved his professional record to 27-12 and is now 3-1 since joining the UFC back in 2016.

Check out below how “Lionheart” got the job done against Sanchez: