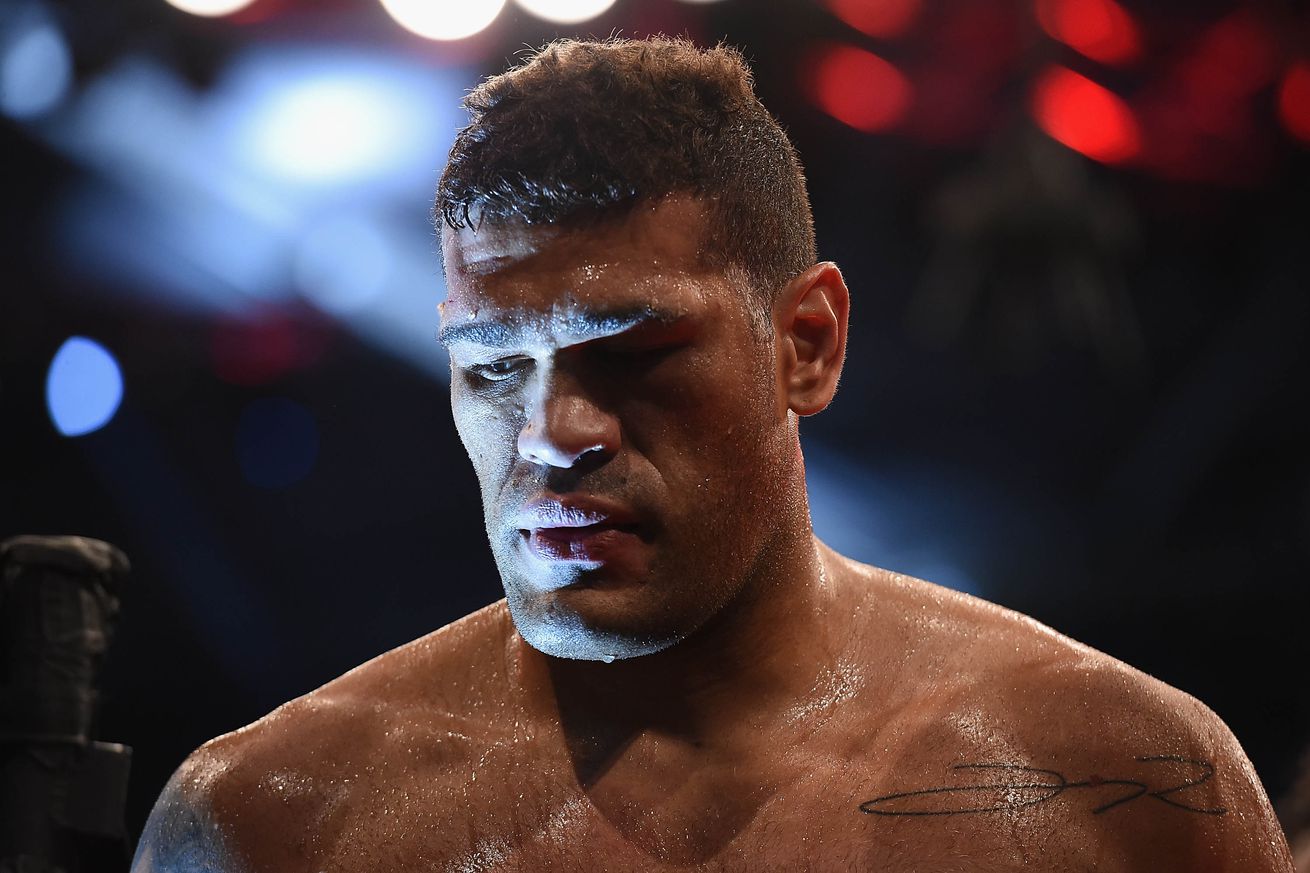 Former UFC heavyweight contender Antonio Silva is struggling outside of the promotion these days and will turn to a familiar friend to get his slowed career back on track. According to a report by AG Fight, which was later confirmed by MMA Fighting, “Bigfoot” has been cleared to get back on testosterone replacement therapy (TRT) for his upcoming fight with Vitaly Minakov at Fight Nights Global on June 2 in St. Petersburg, Russia.

Remember, Silva was one of only a few UFC fighters granted TRT use in the past before the Nevada Athletic Commission put the kibosh on the entire program. The 37-year-old Brazilian lost three-straight bouts by knockout before leaving UFC in 2016. In his first fight outside of the promotion, “Bigfoot” lost a three-round decision to Ivan Shtyrkov.

“Thanks God I’m using it again,” Silva told MMA Fighting. “My life is better, way better, because my testosterone levels are back to normal. I feel with more energy in my day to day life.

“And as an athlete, my muscle fatigue decreased 90 percent between training. I can recover my body better now. It was hard for me before because I was completely tired after every training.”

Silva notoriously has low testosterone levels so this may very well bring back the old “Bigfoot.” The Brazilian’s team initially contacted Fight Nights Global promoters to inform them that Silva’s doctor confirmed his need for TRT.

“It’s unfair for a fighter with testosterone levels at 1000 to fight a fighter with normal levels, at 400, but it’s also unfair for a fighter with normal levels to fight someone at 100,” Silva’s manager Alex Davis said. “‘Bigfoot’ has health issues and needs it. If he doesn’t do TRT, his levels drop to 120. In Russia, he will be able to do it and bring his levels back to normal and become a different ‘Bigfoot’. If he had the opportunity to do it in the UFC, bring his levels back to normal, his last fights would have been completely different.”

Only time will tell if Silva can take his TRT clearance and turn it into a victory inside of the cage. Minakov, an undefeated former Bellator heavyweight champion, is as dangerous as they come. He’s going to push “Bigfoot” to the brink on June 2, regardless of the Brazilian’s testosterone levels.