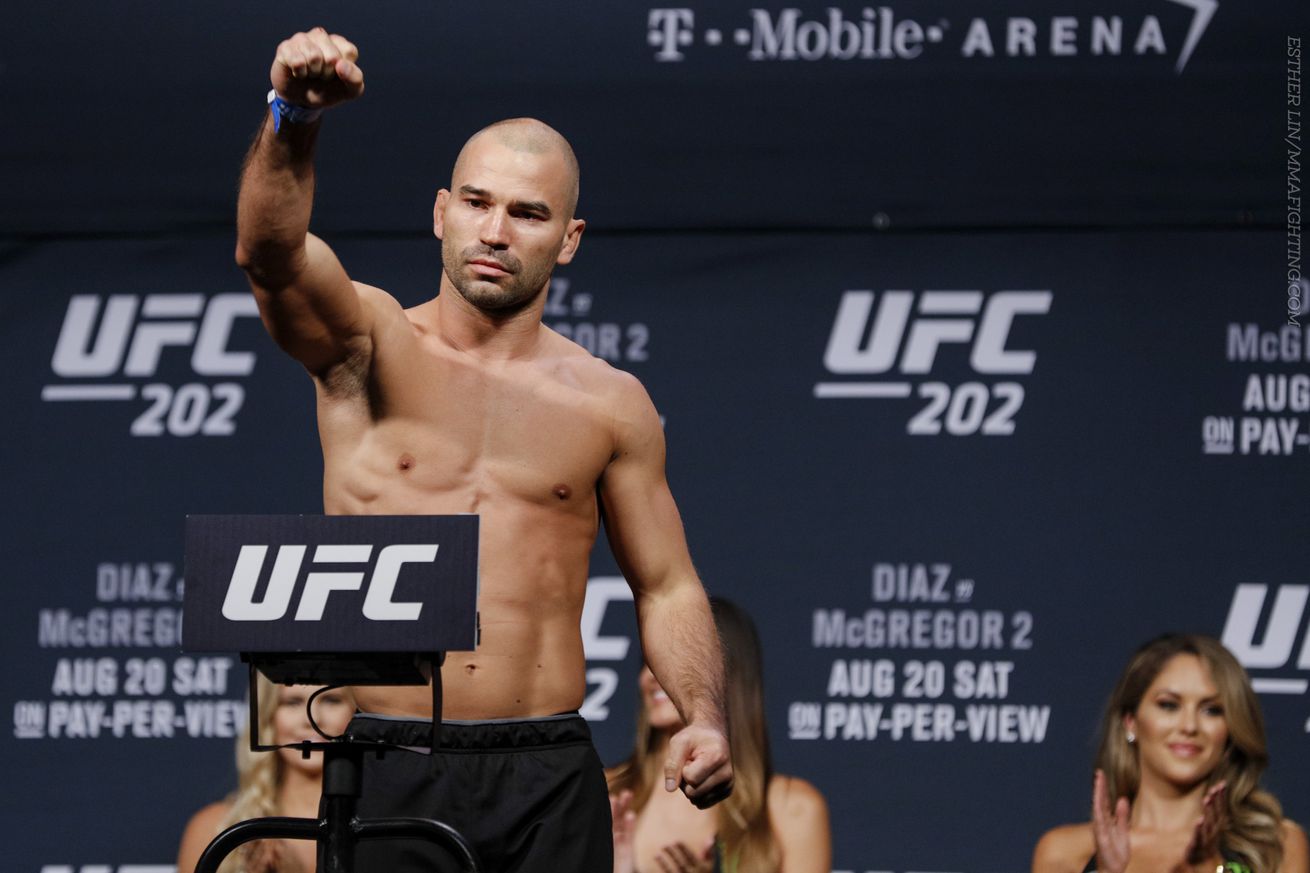 ‘The Russian Hammer’ believes McGregor made MMA mainstream in his homeland.

UFC featherweight Artem Lobov believes that Khabib Nurmagomedov owes a lot of his Russian following to Conor McGregor, as the Irishman has been one of the driving forces behind the sport going mainstream in the country.

Recently, Dana White said that McGregor is interested in meeting ‘The Eagle’ in Russia following his boxing bout with Floyd Mayweather, in an interview with MMAJunkie.com.

‘The Russian Hammer’ thinks that MMA is the biggest sport in his homeland at the moment. For that reason, he is confident that a UFC event would be a massive success should it take place.

“It would be absolutely huge,” Lobov told MMA Fighting.

“Every time I go to Russia I get the feeling that (MMA) is the biggest sport in the country right now. It’s the coolest sport at the moment. Men and women love it. It’s become mainstream and there are a number of reasons for that.

“A personality like Conor’s appeals to the Russian people a lot. He’s always ready to go, he knocks people out and he’s tough. Obviously, Fedor Emelianenko is a huge national treasure. The president, Vladimir Putin, is a huge fan of his and the sport in general.

“All of these things have made the sport very important over there, and as a result of that, MMA is very popular. When you have a sport that is so popular and a guy like Conor is at the top of his game, that provides the fans with a lot of talking points. He is the guy that everyone knows over there.”

Lobov frequents Russia for commentary duties having recently signed to be the voice of the Fight Nights Global. He revealed that many Russian fighters are thankful for McGregor raising the profile of MMA.

“When I talk to Russian fighters when I’m over there they are very thankful and complimentary of Conor,” Lobov said. “They see him as one of the main factors behind MMA becoming mainstream in Russia. The pay for most fighters has increased as the popularity of MMA has increased. They are definitely feeling the McGregor effect in the East.”

According to Lobov, with Russia hosting the 2018 World Cup, the nation boasts several of state-of-the-art, all-weather facilities that would be capable of hosting a big UFC event.

It seems likely that Nurmagomedov would be the driving force behind a UFC card in Russia, but Lobov believes that his countryman’s fan base was built on the back of McGregor bringing so much attention to the sport.

“It would be very hard to say who would be the bigger draw in Russia between Khabib and Conor. I honestly feel that Khabib is as big as he is in Russia because of Conor McGregor,” Lobov said.

“As I said, Conor is the guy who has made MMA a hot topic in Russia. More and more Russians started watching the UFC when Conor came along. The more they watched, the more they understood it. Then, all of a sudden you get this Russian guy coming along and of course the Russian people put their support behind him.”

Lobov also suggested that a lot of Russian fans are “unhappy” with Nurmagomedov’s frequent withdrawals from high profile bouts.

“A lot of people in Russian aren’t happy with how Khabib has been behaving with all of his pullouts,” Lobov said, “This isn’t a very manly thing to do, not showing up for a fight. In Russia, the people have been brought up tough. It used to be the Soviet Union. The thing everybody thinks of when they think about Russia is how tough the people are.

“When they see a fighter continuously pulling out, that’s something that they really don’t like. Then they look at a guy like Conor who always shows up and does what he says he’s going to do. That really resonates with the Russian public.”

Should the Russian event come to fruition, Lobov expects support to be divided between Nurmagomedov and McGregor.

He said: “If a fight happens between Conor and Khabib in Russia, the support would be divided between them. It would be 50-50.

“There would be a lot of support for Conor. If you factor in the Irish that would travel over, there might be even more people supporting Conor at the event even though it would be taking place in Russia.”