Home MMA News Artem Lobov takes pride in his 12-11 record: ‘They should call it the warrior bible’
ShareTweet 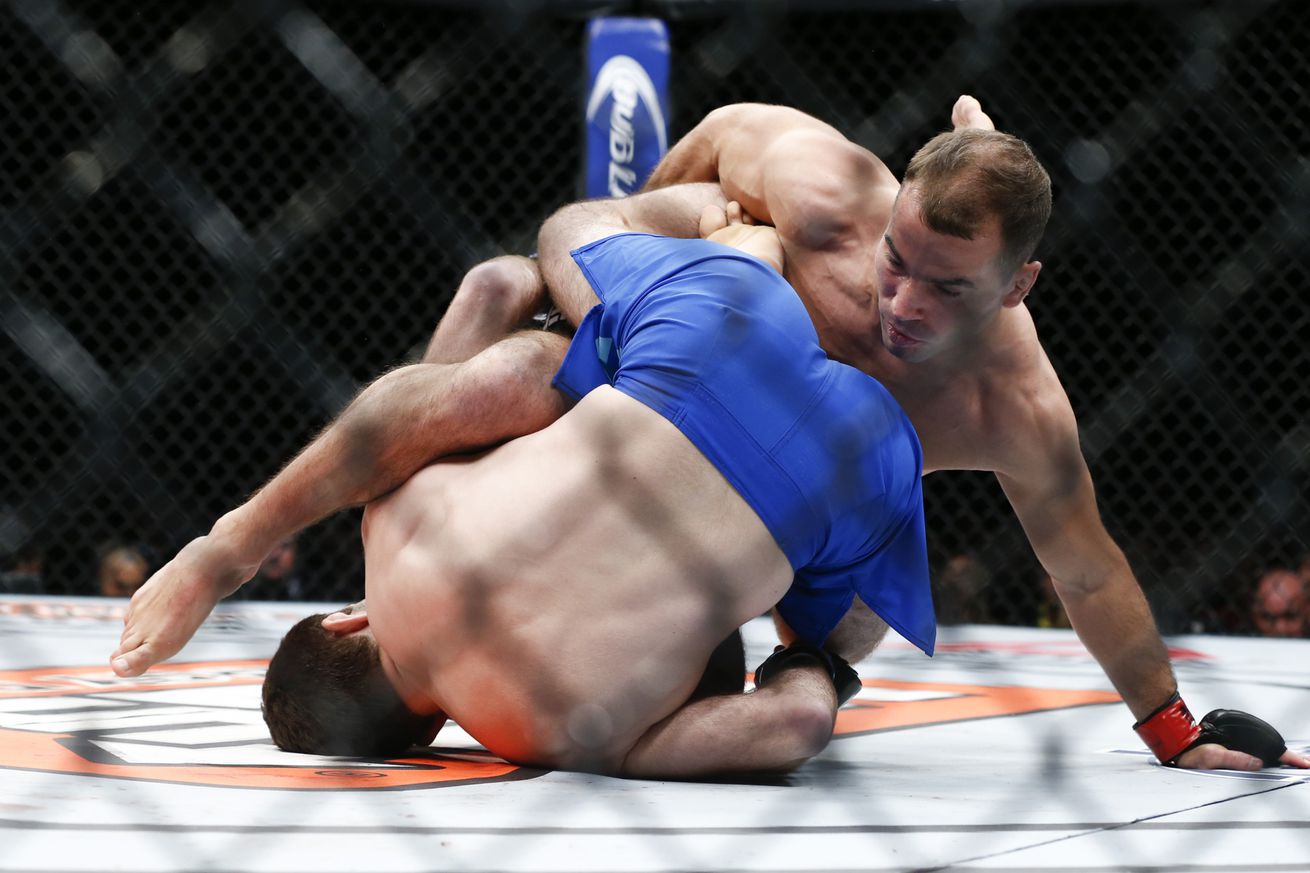 Artem Lobov will fight for the second time in less than two months when he steps in to face Alex White on Saturday night at UFC Fight Night 82. Not that he sees it as a fast turnaround. If “The Russian Hammer” had his druthers, he’d be fighting “every week,” as he said on Monday’s edition of The MMA Hour.

On Dec. 11, Lobov lost his bid to win The Ultimate Fighter 22 finale against Ryan Hall, a jiu-jitsu ace who made Lobov dance to his tune. It was a frustrating end for a guy who loved being in the house fighting as frequently as he did. And it was made all the worse, given that Lobov didn’t get to showcase well.

He said he envisioned having his “Forrest Griffith moment” that night, but instead got what he considered “the most boring finale on The Ultimate Fighter ever.”

“I pride myself on having the most exciting fights ever,” he told Ariel Helwani. “Any of the shows I’ve ever fought on, they always want to have me back because I always have the fight of the night performance.”

The good news is that Lobov — who trains at the Straight Blast Gym with Conor McGregor in Dublin — thinks the UFC gave him a fight to do away with the memory of what happened at The Ultimate Fighter 22 Finale in Las Vegas.

“When they offered I didn’t know, I just said yes,” he said. “That’s as far as my conversations with matchmakers go. They send me a name, and I just say yes, doesn’t really matter to me. Just let me know when and where, and I’m going to be there. So that was the same thing here. I just took the fight. I had a little look at ….View full article