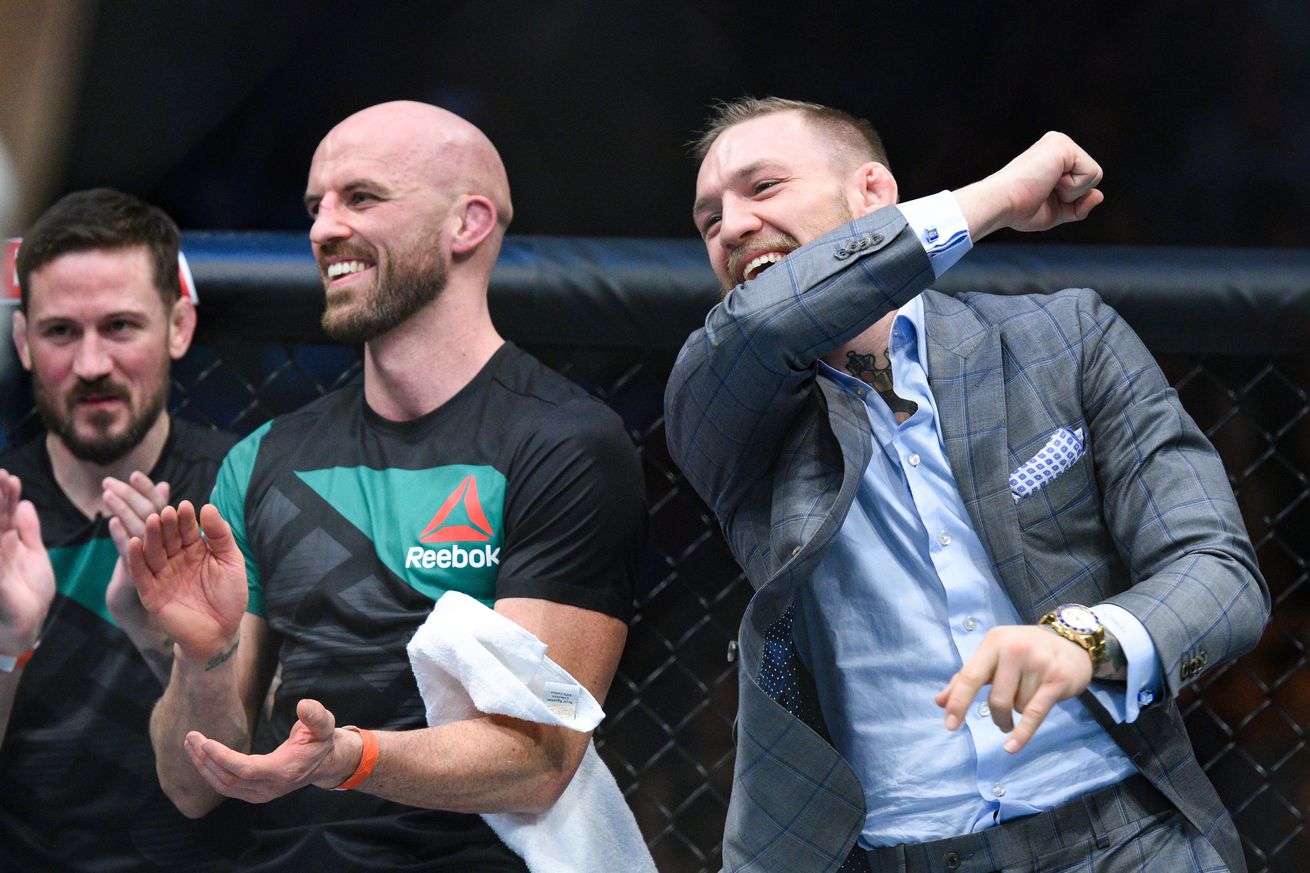 Lobov is taking on Cub Swanson and his Jackson-Wink coaches without SBG coach John Kavanagh in his corner or Conor McGregor in the arena.

Artem Lobov is set to compete in the biggest fight of his life on Saturday night, headlining UFC Fight Night 108 in Nashville opposite the extremely tough and dangerous Cub Swanson. But when Artem steps into the Octagon, two familiar faces will be missing from his entourage. Both his head coach John Kavanagh and close friend / training partner Conor McGregor were unable to make the trip to America to support him.

“It doesn’t really affect me,” Artem told MMA Junkie during the open workouts. “World champions don’t need their hand held. And we’ve trained so much with Conor, every thing, every time I go into the Octagon, he’s with me. Right here [tapping head] and most importantly, [tapping heart] right here.”

That’s heartwarming. While McGregor doesn’t corner Lobov, he can typically be seen and heard in the front row at Artem’s fights. That’s helped “The Russian Hammer” gain an extra level of attention he wasn’t getting earlier in his career. Paired with Conor getting Lobov in as a contestant on The Ultimate Fighter: McGregor vs. Faber, it’s also led to a lot of hate from some fans that feel the UFC is giving the 13-12 fighter an extra promotional push.

Slightly more important for a fighter on fight night is his coach, and unfortunately Artem’s head coach John Kavanagh is in Australia right now promoting his new book ‘Win Or Learn: MMA, Conor McGregor and Me.’

“No, unfortunately John isn’t going to be here either because my fight was announced after he agreed to all the obligations,” Lobov said. “It’s the same thing. I have Owen Roddy here who is one of the main coaches at SBG and he’s cornered me many times before. I used to fight every weekend and I could have my grandma in the corner. By the time I’m walking into that cage, nothing matters any more. I’m ready to go.”

Lobov has made a career out of being the scrappy underdog that takes out the ranked favorite, so we’re sure he really is ready to fight Cub Swanson and give everything that he’s got. He’ll need to in order to gut out a win on Saturday night.