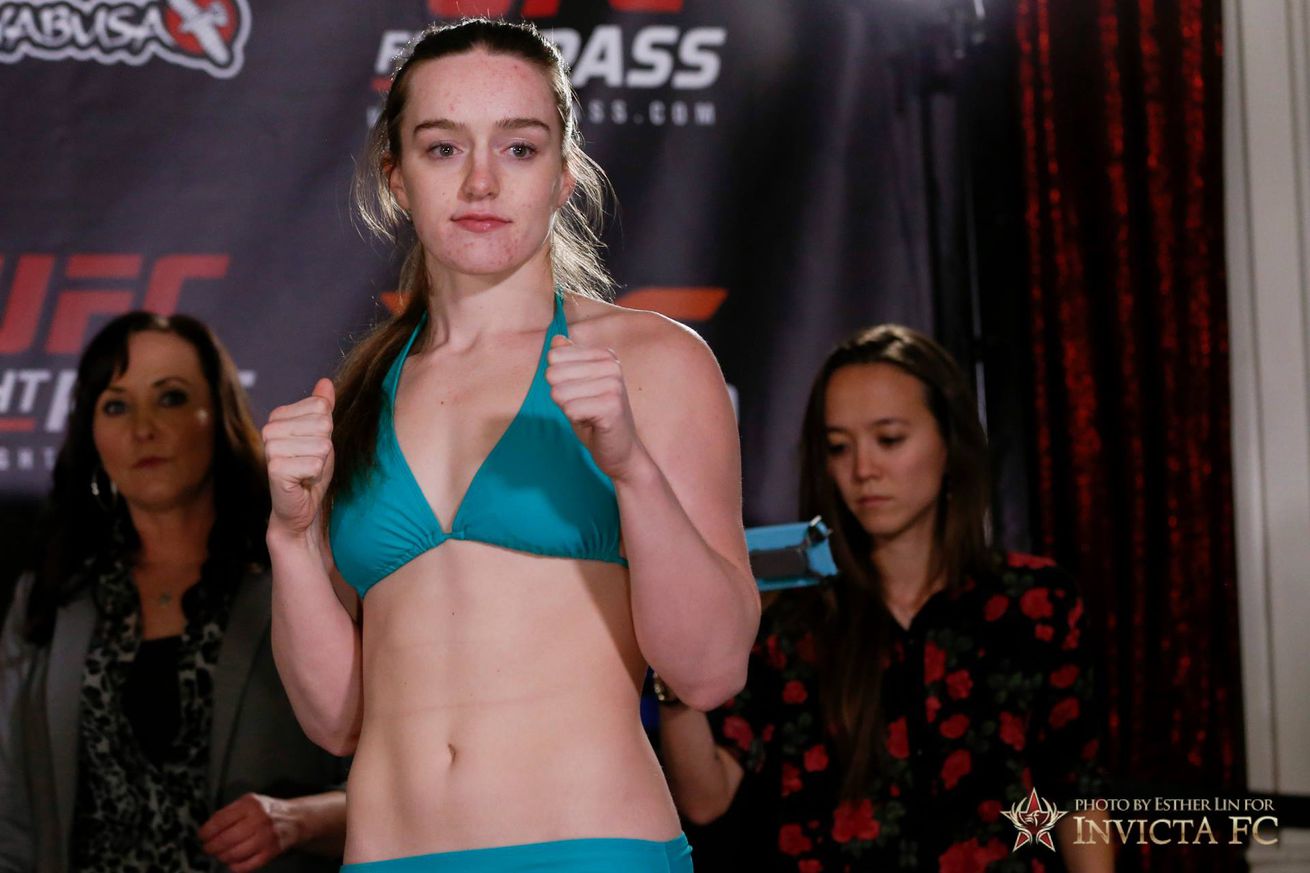 Unbeaten bantamweight prospect Aspen Ladd has a date and an opponent for her UFC debut.

The 22-year-old fighter has been scheduled to face veteran Jessica Eye at The Ultimate Fighter 25 Finale on July 7. The news was reported on Friday by Las Vegas Review Journal and later confirmed by MMA Fighting.

Ladd last fought in January where she outpointed Sijara Eubanks at Invicta FC 21 to improve her professional MMA record to 5-0. Meanwhile, Eye, who was last seen in September where she lost to Bethe Correia, will be attempting to snap a four-fight losing streak against the newcomer.

The TUF 25 Finale is set to take place at the T-Mobile Arena in Las Vegas, Nev. The main event for the card has yet to be announced by the promotion.