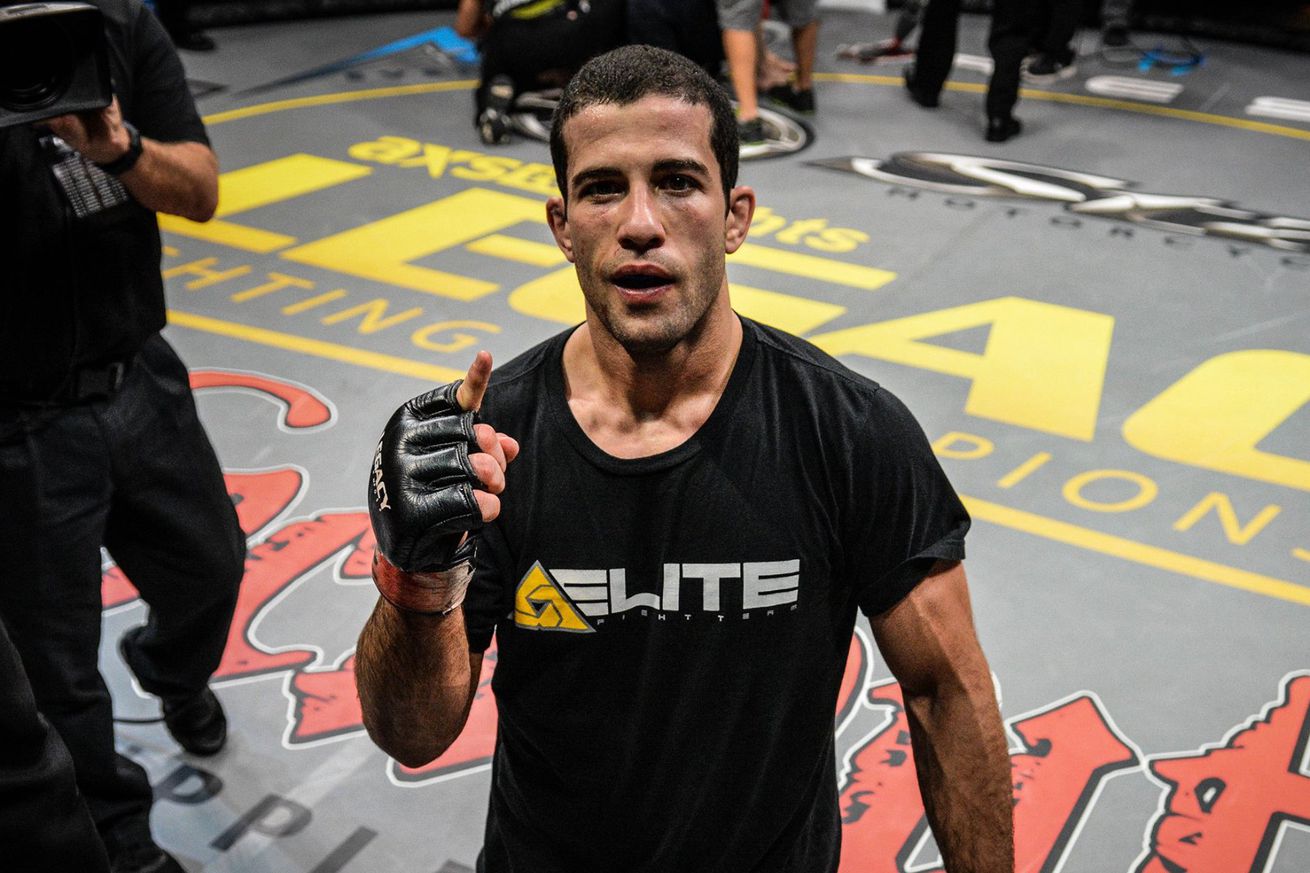 Two days after signing with the UFC to fight Charles Rosa on short notice in Boston, Augusto Mendes is already out of the featherweight bout.

A multiple time jiu-jitsu world champion, “Tanquinho” signed with the promotion to replace injured Jimy Hettes. However, right after signing a deal with the UFC, the Brazilian suffered a rib injured in training and was forced off the card.

Sources close to the situation said Mendes will get a new fight in a future card. According to UFC PR Dave Sholler, Rosa will now face Kyle Bochniak on Sunday’s UFC event.

Bochniak improved his MMA record to 6-0 last Friday, defeating Taylor Trahan via first-round submission at CES 32. Fighting out of Boston, Bochniak only went the distance twice in his MMA career. Rosa (10-2) looks to bounce back from a split decision loss to Yair Rodriguez.

UFC Fight Night 81 takes place at the TD Garden in Boston, headlined by T.J. Dillashaw vs. Dominick Cruz for the bantamweight championship.