Home MMA News B.J. Penn details the use of the IV that forced him out of UFC 199, still says IVs are for ‘wimps’
ShareTweet 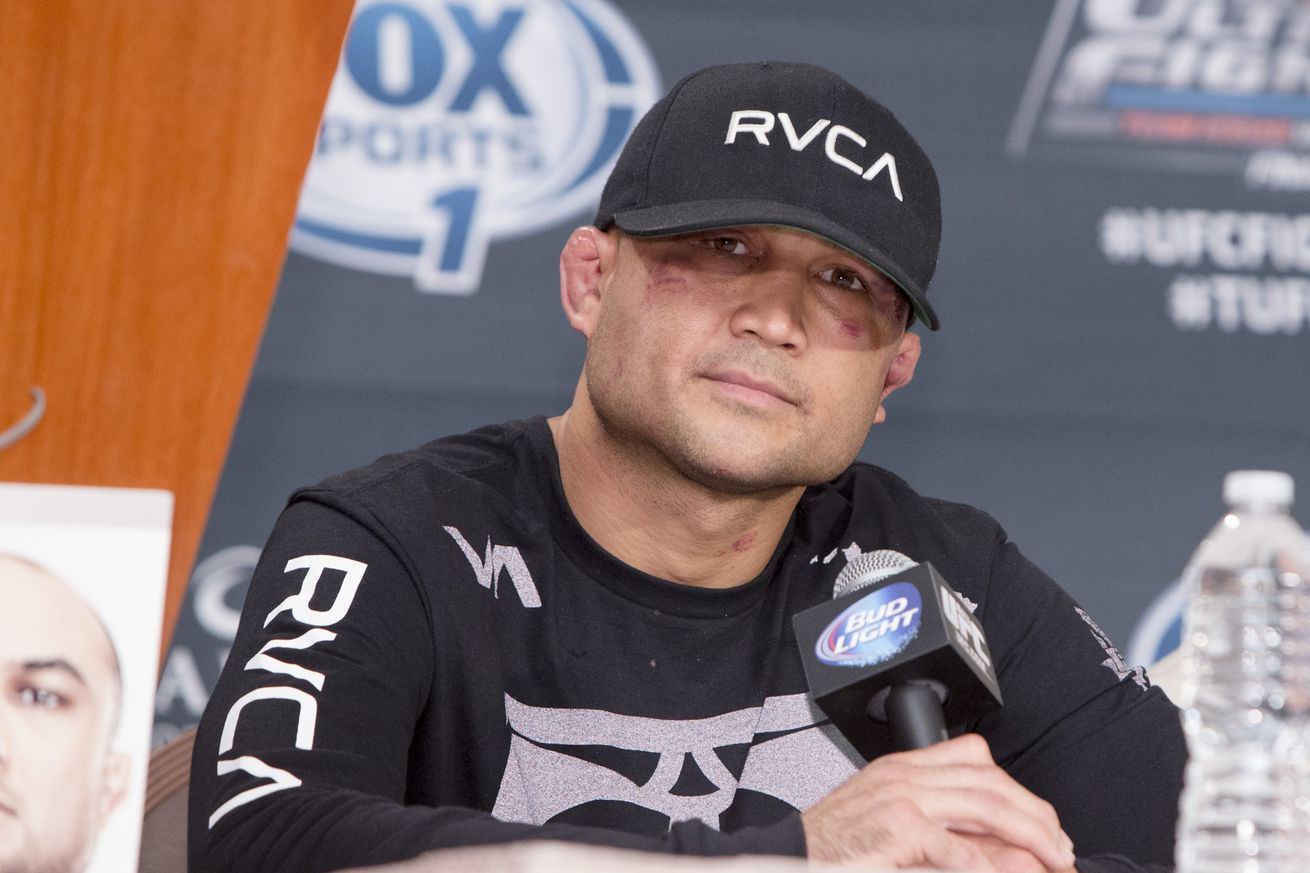 B.J. Penn opened up about the use of the IV that halted his return to the octagon at UFC 199. Last Sunday, the UFC hall of famer explained to BJPenn.com why he used the IV, even after saying IVs were for “wimps.”

Penn was scheduled to make his return to MMA competition this Saturday against Cole Miller, but he was provisionally suspended by USADA last month after disclosing the use of an IV in excess of 50 mL in a six-hour period during a USADA out-of-competition drug test taken on March 25. Leading up to his return, Penn was training in Albuquerque, N.M. at the distinguished Jackson-Wink gym. There, he was introduced to a number of doctors that work with the Jackson-Wink fighters.

“The first time I heard about these doctors was when I was busy training at the Jackson-Wink gym in New Mexico,” Penn explained. “The doctors came by Greg Jackson’s gym to help athletes with various issues including eye problems, concussion symptoms, and brain trauma. Unfortunately, I was busy training for my upcoming fight, so I didn’t get a chance to work with the doctors at that time.

“After my fight got cancelled, a couple of fighters invited me to come down to Dallas with them to meet with these same doctors. I thought, ‘why not’ as I have had prior concussions, I deal with vertigo, and well you have seen how many times I have been hit during my career. I figured if there was any chance that this could help my vertigo, motion sickness or maybe even improve my vision, as I have a lens from a previous cataract, then this was a good thing.

“We were doing some of the different exercises for vision, motion sickness, and vertigo and then, following my physical, ….View full article