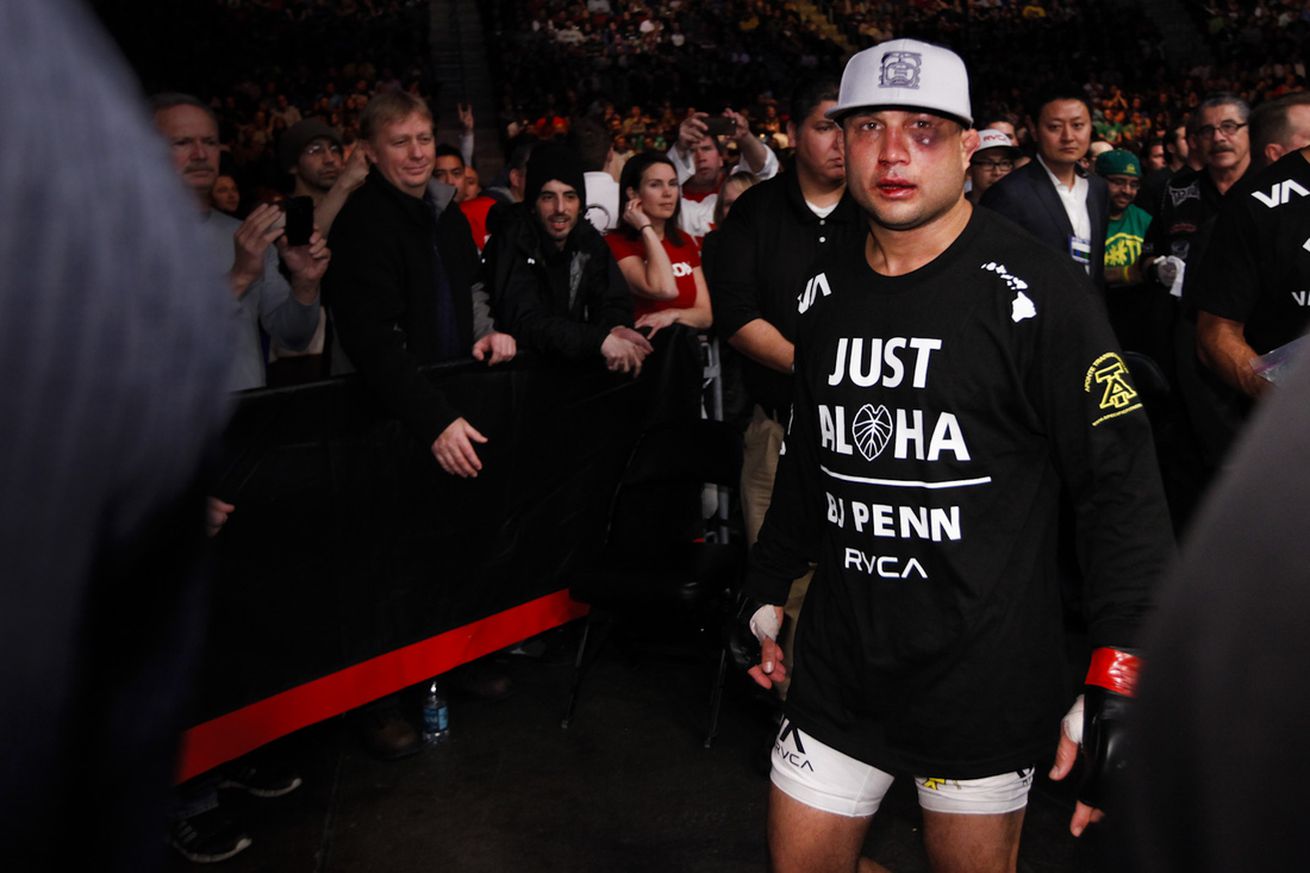 Penn has been forced to withdraw from next week’s main event fight against Ricardo Lamas in the Philippines, MMA Fighting has confirmed. MMA Junkie first reported the news on Tuesday. The fight was scheduled for Oct. 15.

The UFC is currently seeking a replacement for Penn against Lamas. This now marks the fourth time since Penn announced his return to MMA earlier this year that his comeback fight has been delayed.

Most notable was his six-month suspension from USADA after he disclosed the use of an IV infusion in excess of 50 mL in a six-hour period during an out-of-competition drug test taken on March 25. The suspension comes to an end on Sept. 25.

Originally, Penn was scheduled to fight Dennis Siver at UFC 196 and 197, then Cole Miller at UFC 199.

Lamas (16-5) is coming off a unanimous decision loss to Max Holloway at UFC 199 in June. He’s 3-2 since losing to Jose Aldo at UFC 169 in a featherweight title fight.

UFC Fight Night 97 will mark the the promotion’s second trip to Philippines. UFN 66, also held in Manila, was headlined by Urijah Faber vs. Frankie Edgar in May 2015.