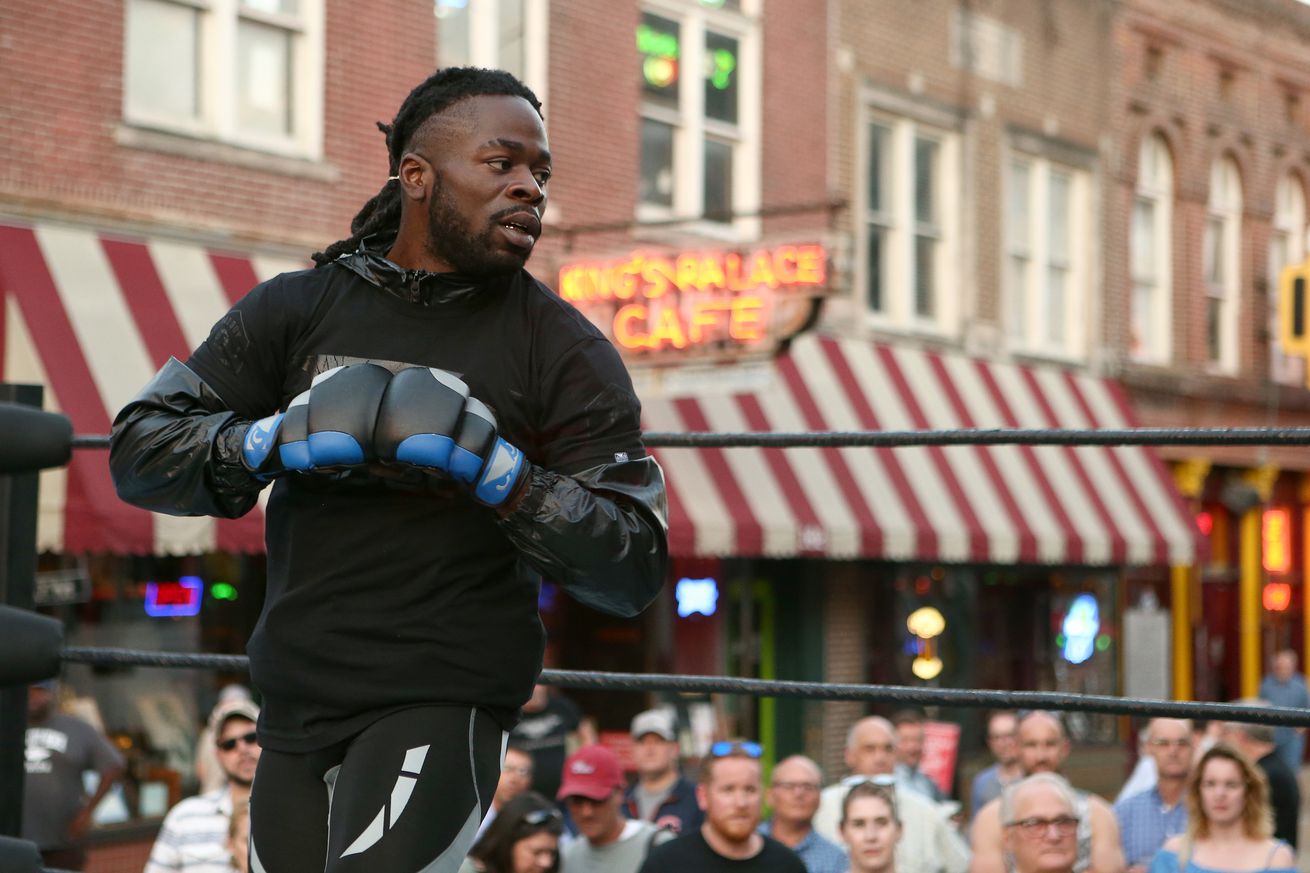 The last time Kevin Ferguson Jr. fought in the cage, it didn’t count. Training out of Hartford at the time, he showed up at the Hu Ke Lau in Chicopee, Massachusetts as a local intrigue — the son of Kimbo Slice — and he took out the regional fighter Tom Brink without too much trouble. That night, after his first-round victory in his first amateur bout, he made his way to the back of the Tiki lounge, upstairs to the green room area where other fighters were shadow boxing, and called his father who was standing by out in Florida.

With the bumble of the crowd still coming through the walls, “Baby Slice” told his dad that he’d won his amateur debut. A chip off the old block. He unleashed a familiar kind of hell that this one man could appreciate more than anybody else.

That was back in March, just weeks after Kimbo fought Dada 5000 in the last fight he’d ever have. Kimbo died in June of heart failure. And just like that, before his career could officially get started, Ferguson Jr. had lost his official muse. When he debuts at Bellator 165 against Aaron Hamilton out in San Jose, there will be plenty of people to impress. But not the one he wanted to. Not the one that mattered in the way things matter most.

Four months later Ferguson Jr. is left dealing in connections. In last words and new beginnings. He deals in the spiritual passing of batons.

“I take things more serious now,” he says. “Like the fight game, I take it more serious. Like before I was doing it because I loved to fight, and it is my passion. Now it has a different meaning to me. It’s his legacy.”

Kimbo’s legacy was like no other. ….View full article