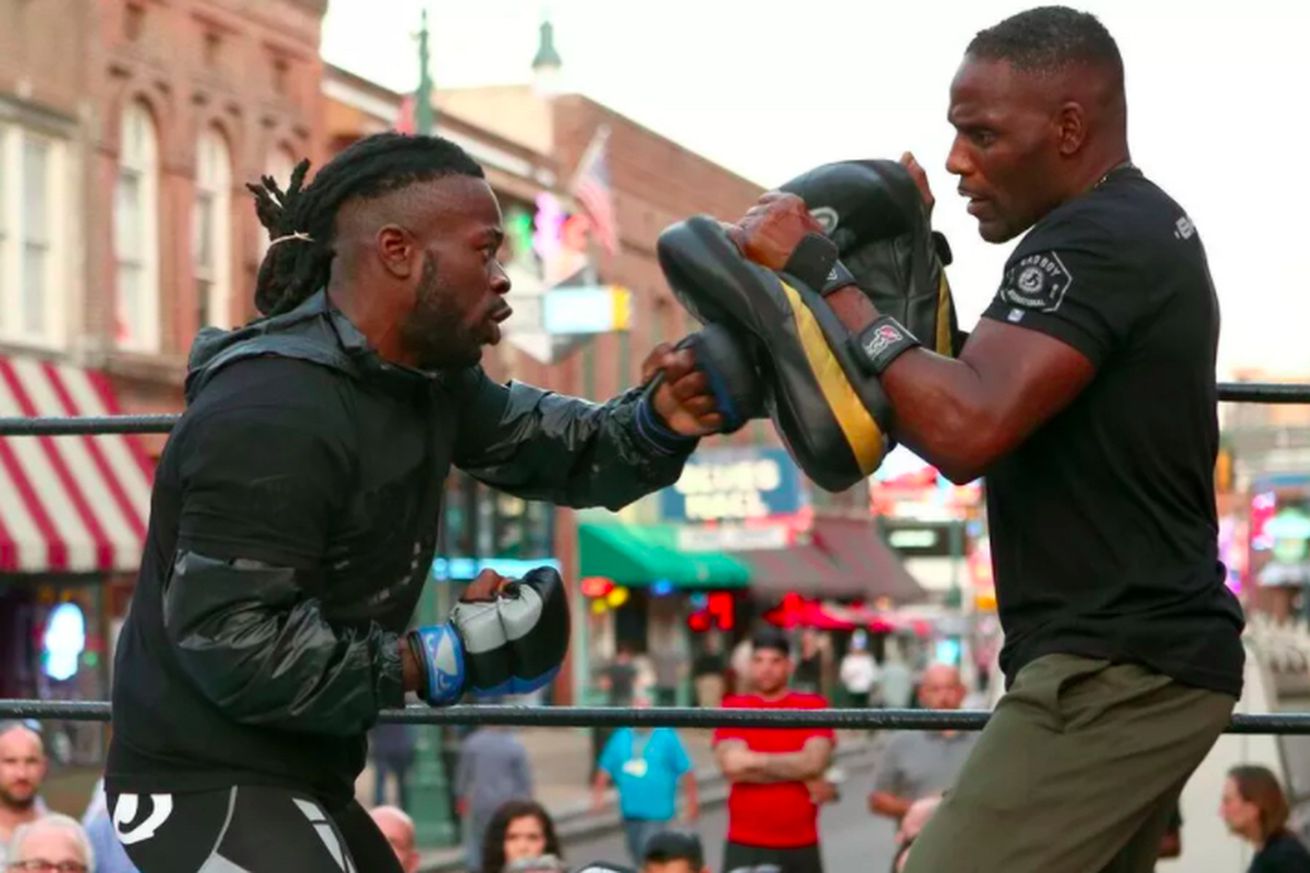 Unfortunately, the much-anticipated promotional debut of Kevin Ferguson Jr. (a.k.a. “Baby Slice”) on the “Prelims” undercard has been scratched (again). Ferguson Jr. has no professional mixed martial arts (MMA) record, but owing to the name and fame of his late father, his Welterweight fight in Memphis against fellow newcomer Rick Bing was widely expected to do solid Internet numbers.

However, an early morning weigh-in for the fighters (see full results here) quickly put the kibosh on that plan:

And it wasn’t a near-miss — Bing stepped on the scale 17 pounds too heavy! A rep for Bellator told MMAjunkie that Ferguson will receive his show money for the bout because it was entirely Bing’s fault and not Ferguson’s that his debut was scratched for a second time.