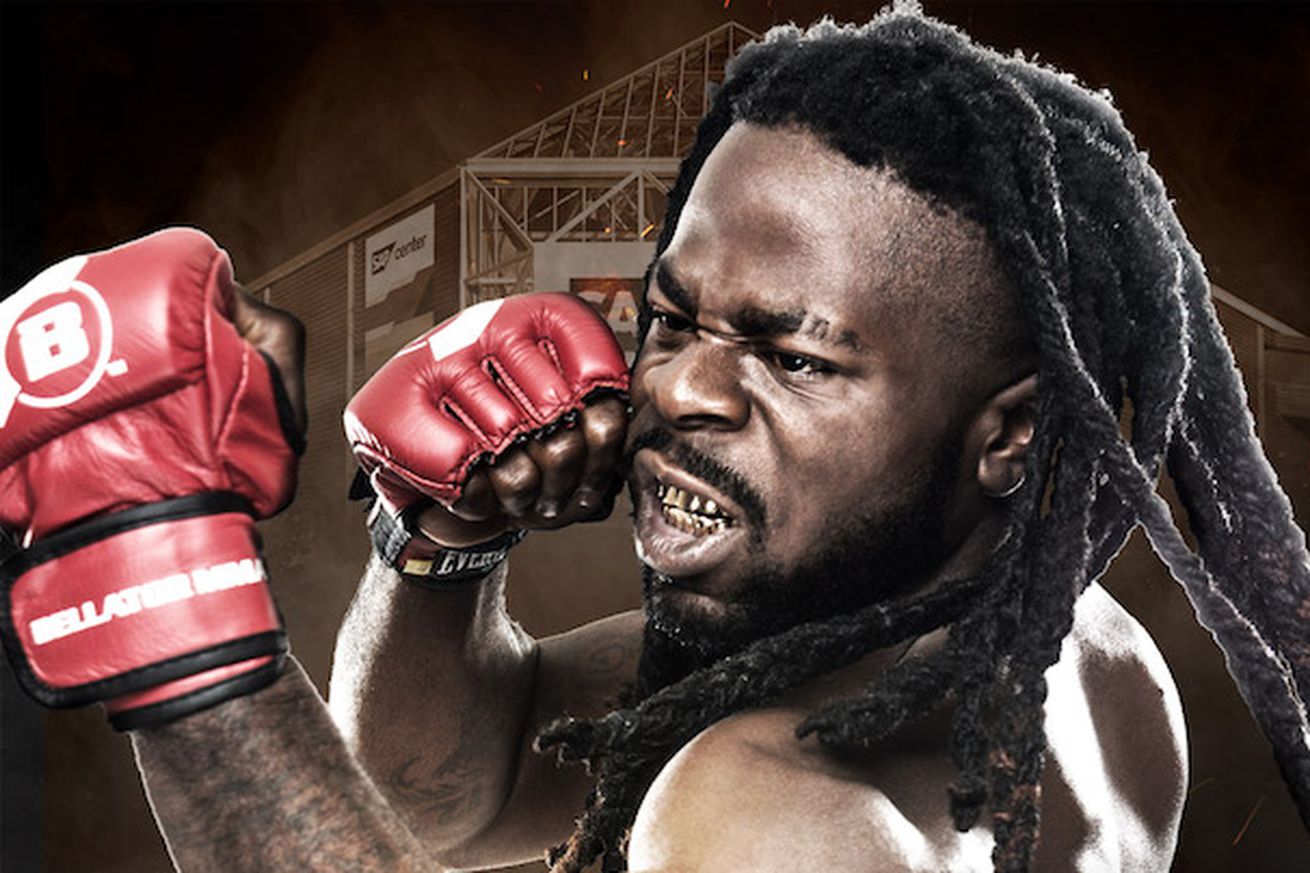 Bellator 165 “Chandler vs. Henderson” goes down at SAP Center in San Jose, Calif. on Nov. 19, 2016. The main event will see “Iron” Michael Chandler defend his lightweight title against No. 1 contender “Smooth” Ben Henderson.

One more fight has been announced for the card and will undoubtedly be the signature “Prelims” bout of the show. The son of a MMA superstar whose death shocked the world this year will now make his pro debut in San Jose.

“Baby Slice” Kevin Ferguson Jr. has been scheduled to debut two times this year. He was originally to participate at the same “Henderson vs. Pitbull” card which crowned Henderson as top contender but had to withdraw due to injury.

A second attempt was set for “Shlemenko vs. Grove” at the FedEx Forum last month, but his opponent Rick Bing missed weight by such a significant amount that Bellator MMA cancelled the bout and paid Slice his show money.

The third time is hopefully the charm and it’s also the third different opponent to be enlisted. Aaron Hamilton has more experience than his opponent, but none of it has gone his way thus far, being 0-2 in two professional bouts.

This new Welterweight contest along with the entire finalized Bellator 165 card is below.